We weren’t sure it could be done, but Jenna found a way! She held a kid-friendly cleanse at her house after Christmas to detox some of that unavoidable Holiday sugar intake. Here’s what she did: 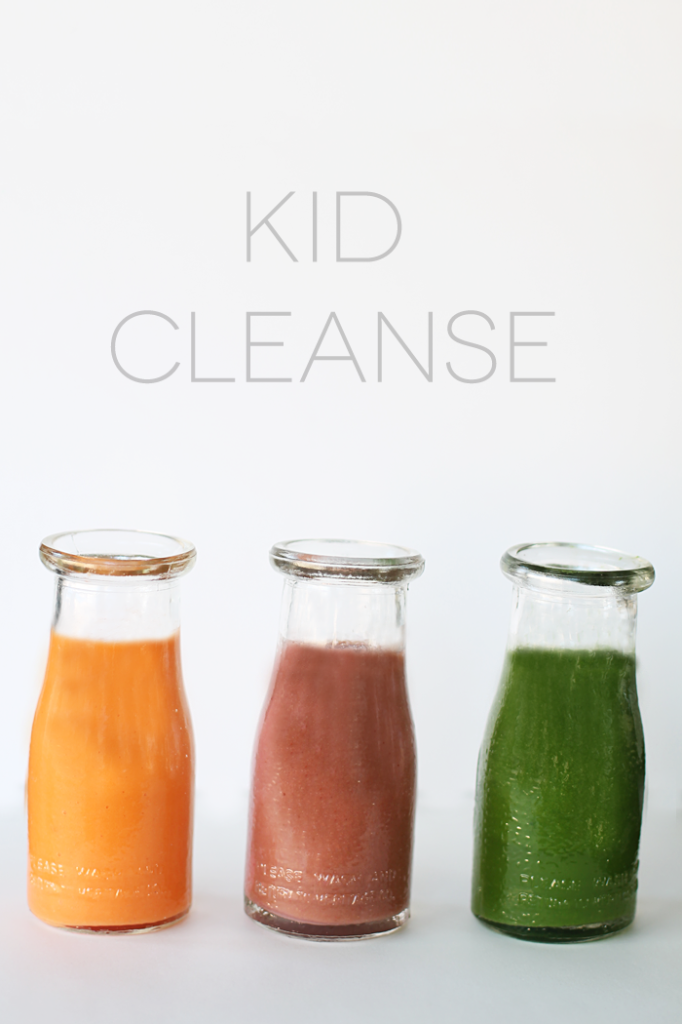 “After Christmas I remember looking at my husband and saying ‘What is wrong with our kids!?!’ They weren’t sleeping well and they were EXTRA whiny and irritable. I was so frustrated with their behavior and kept racking my brain to think what it could be. Was it the presents, the traveling, the endless activity? Perhaps, but those factors had died down and the whining continued and I was left perplexed. As if on cue my son comes waltzing in the kitchen with three caramels in his hands from residual neighbor gifts that seemed to be multiplying on our counter and I knew it was time to do a family cleanse. Personally, I have done several in the past where you are on liquids only for three days but I needed a kid-friendly version. So here is a way I found to do a three day cleanse that kept my children nourished, strong, and happy.  My goal here was obviously not to have them lose pounds or trim up, they already have the metabolism of their dad (annoying) but rather to reset their bodies and get the junk out of their system so we could start fresh in 2014 making healthier lifestyle choices. 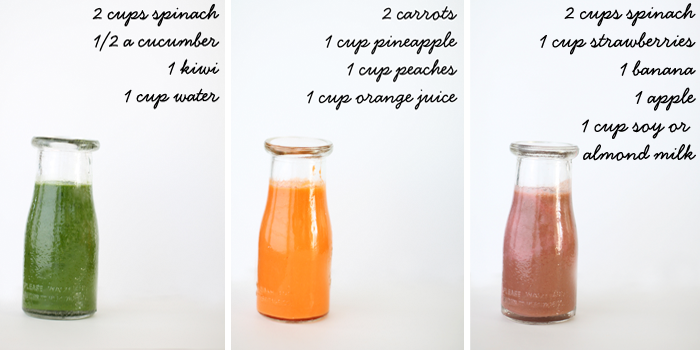 First thing is clear the house of junk. If you have a big white loaf of bread sitting on the counter, it’s all you’ll hear about is how they want a slice. Out of sight, out of mind!

I started with smoothies we were already making at home and these are the basic recipes our family enjoys. The nice thing about a smoothie is you really can’t mess it up! Depending on consistency and taste you can add various things to get the perfect blend. I had the kids drink 3-4 glasses of smoothies a day. The great thing is there is usually some left over so if they want to get more through the day, it’s available to them in the fridge.

Also I always put some sort of citrus in the smoothies. Whether it’s lime, lemon or orange juice (with no added sugars), any citrus is great for cleansing the body and is fantastic for the immune system. We found from our juicing post last year that citrus (peel and all!) also cuts through that leafy green taste! 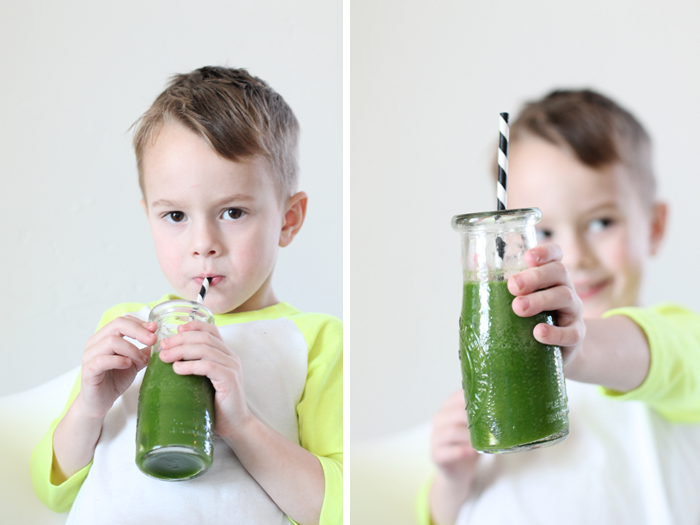 My five year old isn’t a huge fan of smoothies. He will drink them but with much protesting and I knew this was going to be a challenge so I prepared by using our dinner chart we posted a few weeks ago. The promise of a prize was enough motivation for him to chug his veggies down. 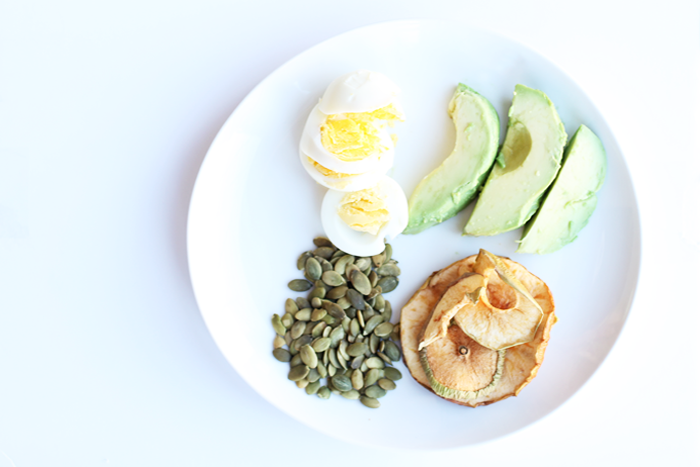 In between smoothies I had them snack on healthy foods. Along with cutting out sugar, I cut out grains and dairy.  They munched on hard boiled eggs, salmon, chicken & turkey cut in to small portions for protein. I also gave them lots of nuts and avocados so they were getting healthy fats. Also I made sure they were drinking water all throughout the day so they stayed hydrated. 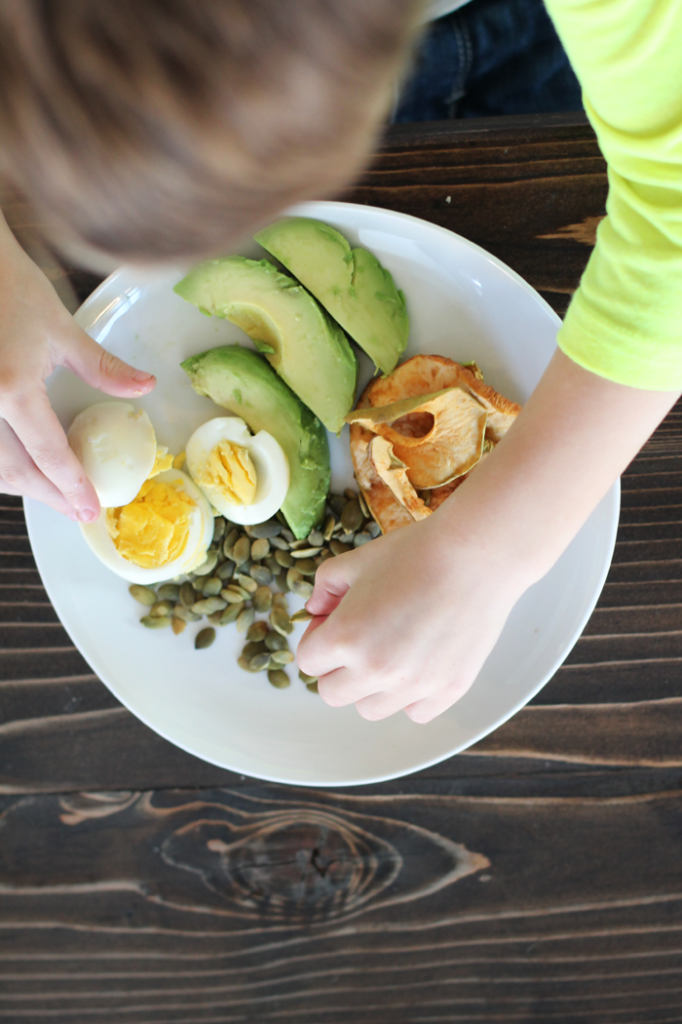 It really was such a great challenge for our family and the benefits were incredible. We were all calmer, more focused, more patient and kind. My oldest has a hard time with focus as it is The biggest challenge was for me honestly because I spent most my time in the kitchen blending, preparing and cleaning. We didn’t go much of anywhere because we needed to be around the foods that we were sticking to. But surprisingly the kids NEVER complained of hunger! In fact they seemed to be getting full faster then normal because of the nutrient-dense foods they were consuming.

Other really great foods to consider:

Luckily, we had a Naturebox delivery sent for an upcoming giveaway this month that saved us! Having healthy snacks around was vital.”

So, dear readers, do you think your kids could do it? More importantly, do you think YOU could do it? Creating a healthier world for our kids is going to be our lifelong battle as parents, sometimes it feels overwhelming but so worth it!