I’ve been thinking a lot about balance lately. Not the work/home life balance, Heavens no! That unicorn left the building long ago.I tend to imagine my boys’ lives as a scale. The two sided kind – I think they’re called The Scale of Justice – if we’re being official. I think of one side of the scale being filled with the influence of myself and my husband. 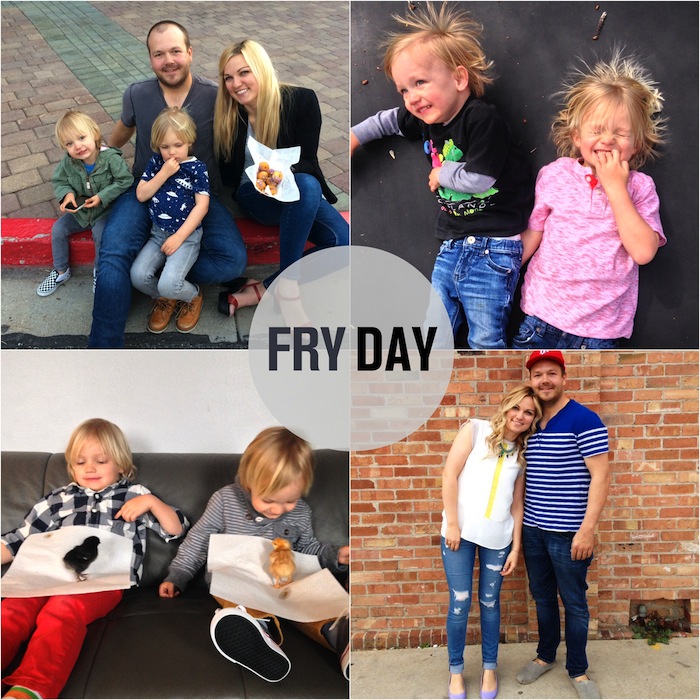 We fill up this side of the scale with our love and acceptance. We tell them how wonderful they are, how they are doing a great job, how much they’re improving at something, with our hugs and kisses, and back tickles and brushing their shaggy hair off their brow. We fill it with our family’s rules and standards, with our expectations for how we want them to act and treat others. I’ve seen firsthand that every moment of everyday is a potential lightbulb moment for them. You never know what they’ll hold onto, what they’ll soak up and incorporate into the mechanics of those ever-turning brains.

The other side of the scale is everyone else. Their friends, teachers, the television, even other family members. It’s not “us versus them” but I can’t control what gets dropped into that side of the scale and it overwhelms me sometimes. I, of course, keep a close eye on who they’re spending time with, but it doesn’t change the unknowns. Lately with my four year old Hayes, I’ve felt that scale shifting. Ever so slightly. I’ve seen him adopt words, and interests, and ideologies. I’ve seen someone who only cares about having fun, all the sudden obsess over who is winning and losing. Over how fast he can run, and what toys he has in his closet. Don’t get me wrong he has learned some incredible things that I feel really grateful for. Hearing him recite the Pledge of Allegiance “One Mation under God…” and singing silly songs. Telling me the moon goes around the Earth everyday. How lucky is he that he gets to learn things that I would never have thought to show him!

Even still, I feel anxious that what I say and think is losing a little bit of weight with him. I just want the voice in his head to always be me rooting for him, cheering him on and telling him it will all be alright. I want my boys to see themselves the way I see them! Just the other day I watched Hayes jump into his preschool carpool and I was overtaken by sadness. I could feel that scale tipping, and it was the most indescribable and foreign feeling I’ve had thus far as a mother. I don’t often fear things, I feel pretty safe in my world, but for that moment I was consumed with this urgent feeling to get him back home. The teachers must have thought I was crazy when I came to the door only 15 minutes into school asking if I could pull him out. I just needed him with me, is that the weirdest? Under my wing like some crazy mother hen, even just for a little while. Just to fill him up with all the good things I could think of, before sending him back out to the world. Motherhood is a freaking trip sometimes, man. We bring them into the world, they rely on us for virtually everything for a time, and then our success in this role is based on how well we can help them learn to find their own way. It’s the most heartbreaking yet necessary arrangement. So here’s to all of you mothers out there who can’t seem to let go just yet, I am feeling your pain this week, let’s go get some ice cream.

How do you know your mom loves you? — a common q