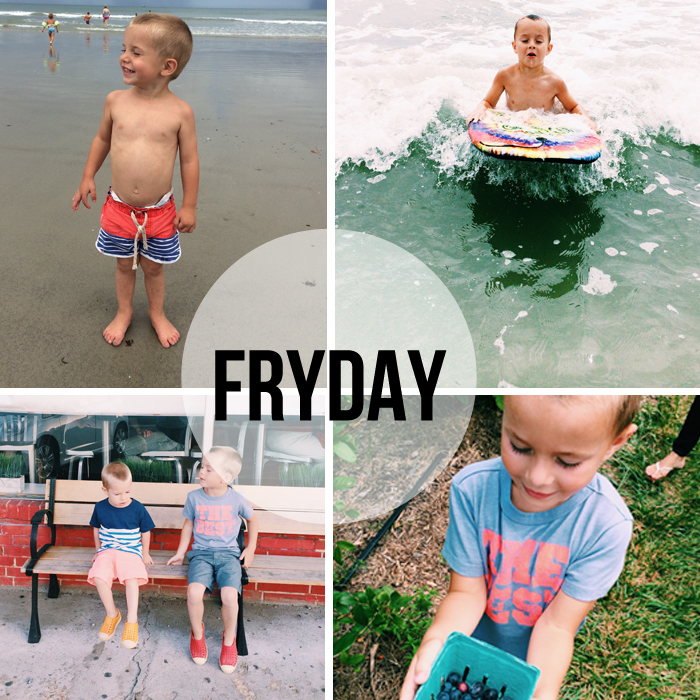 We’ve been spending the summer in Virginia for my husband’s job. It’s a temporary move but it’s been adjustment for sure! I have spent more one on one time with my kids than EVER before. They have hardly any interaction with little friends, I have hardly any interaction with adult friends and their Dad works 60 hour weeks. They haven’t had so much as a babysitter in two months. This time has been such a blessing for me as I’ve learned SO MUCH about my kids and even more about myself.

I’ve realized every Mom, well at least that I know, has two kinds of people in them:

Mom A: She’s OBSESSED with her kids and does not want to let them out of her sight. She does not want to hire babysitters or leave them on a vacation because she doesn’t want to miss one second of their growth. She plans activities, dances in the kitchen, makes the children every meal & every moment is a party.  She loves her kids.

Mom B: She’s damn tired. Instead of getting pumped on the kids cherub faces coming in at 6 am she’s annoyed and hands them an iPad. She’s scrolling through her phone by 8 am to see who can baby sit for her that night. She cries when she walks in on an enormous mess & feels alone & isolated in her role at times. She loves her kids.

So you’re looking at this, as I am, and thinking ugh Mom B is a real drag of COURSE Mom A is better. And while I desperately wish I could be Mom A all the time, I’m realizing I really wouldn’t ever be that person with a little bit of Mom B rising up every so often. I don’t know WHY I ever started fighting myself on the fact that this is a tough phase of life and when I started getting down on myself when Mom B has a moment. EVERY one of us feels it, struggles with it, powers through it and it does not mean for a second that you or I do not cherish our children & are deeply grateful for the gift of being their parent.

I read an article once that talked about a study that showed that parents aren’t actually the happiest people on the earth, but they are the most fulfilled. When I look up the word fulfilled it says this: satisfied or happy because of fully developing one’s abilities or character. YES. I LOVE THIS. I am fulfilled. Every day. And it’s not because my children are easy or because my life is roses. It’s because my character is refined, challenged and striving to be fully developed through the hardships & trials of motherhood. xo- J