Plate Glass at my Party

Today we have an important post by one brave reader and friend, Marylin. We feel really fortunate that she was willing to come forward and share her experience so candidly. We also wanted to note that while we were prepping for this important post we learned some information that we thought might be beneficial to share. We tried at first to contrast baby blues with Postpartum Depression, put them on a nice neat little chart, but after consulting with family physcian Dr. Erika Noonan we learned an important piece to this puzzle. Baby Blues and Postpartum Depression are nearly exactly the same in symptom. The differences are merely onset and duration. Meaning that the only way to tell these differences at times are that your symptoms last longer than two weeks, or can manifest themselves at any time during the first year. With Baby Blues they usually spring on within a few days of delivery, and will be resolved within the first couple weeks. We wanted to share with you all, as we weren’t aware of the differences and maybe some of you were in our boat! Now, back to Marylin:
Postpartum Depression, those two words shouldn’t be together, side by side as partners. Having a baby is the best day, you’re finally face to squishy face with this amazing, tiny person that your body carried and supported life for, for 40 weeks. You’ve waited for this moment and it’s everything you wanted it to be. Then when you are home and adjusting to a new life, filled with one or more of these little people, visitors have gone home, meals have stopped coming in, and you’re sitting in your white wicker rocking chair with the handmade cushion, holding this now three week old baby boy, and the only emotion is sorrow. It sneaks up on you, even if you have met this darkness before, became well acquainted with it’s toxic nature, sent it packing, and now it’s returned with luggage and intentions of an extended stay. 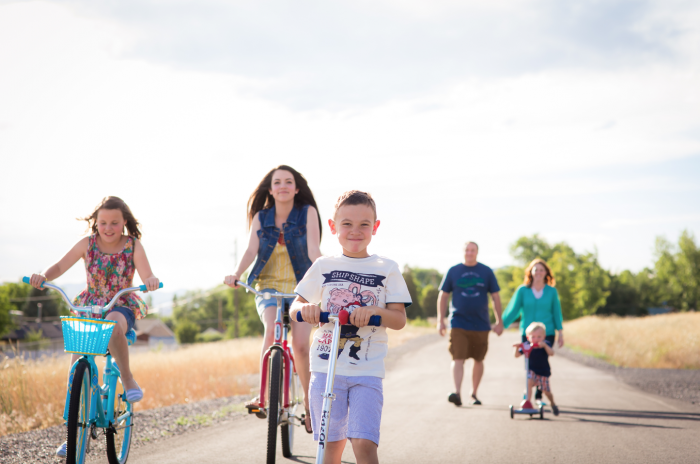 That was me with my 4th child who is now 3 years old, although I’ve had postpartum depression with all four of my children. With the oldest I was going through a divorce within ten days of her arrival, so it’s hard to discern the PPD from the divorce so I will speak mostly of the other three experiences I’ve had. My second child was a pretty easy baby, she slept really well, which in my book gives her angel status. I wasn’t sleep deprived, my house wasn’t full of other young children since my oldest was already in school, so it took me off guard when the vivid yet intruding thoughts began when she was about 2 weeks old. They would interrupt my thoughts while carrying her down the hall, or watching her sleep in her crib, thoughts of dropping her, or her suffocating in blankets while sleeping. I was shocked by how real they appeared in my mind as if watching a movie. I cried alone and ashamed on many days, I wondered what was wrong with my mind, it was betraying me and my child. I had days that it was all I could do to get us showered and dressed. I didn’t tell anyone, and I suffered for a long time on my own, in fact I don’t remember ever getting outside help, I was scared of what others would think. I never spoke up but I know I used yoga and other types of exercise as my coping method and eventually it subsided, the horrible thoughts ceased, as did the paranoia, crying and sadness. 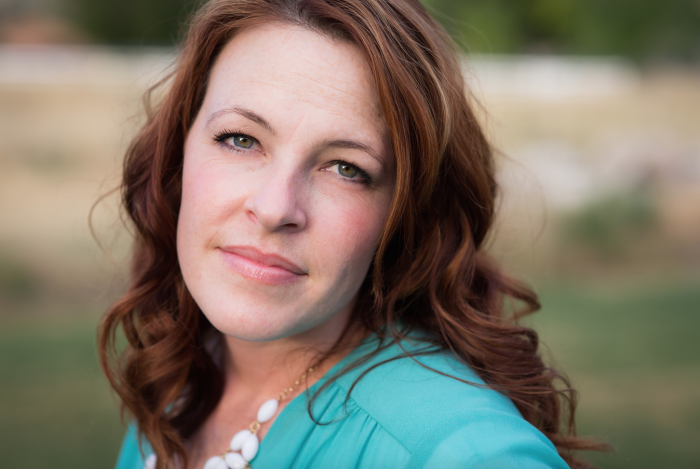 With my third child, and first son the postpartum came on much stronger than previous times. I remember one evening I was sorting laundry and sobbing simultaneously, my husband walked into the room and asked me what was wrong and I simply said “I just want to die.” I meant it. There was no hope, no open door or light at the end of the tunnel. During the day I would go about taking care of my son, the house and the other two kids like I was on autopilot, the horrible thoughts, the bouts of crying, and this feeling of numbness in my head all returned with a vengeance. I was out of my mind and yet stuck there at the same time. One afternoon we pulled up to a park and I watched as my husband got all three children out of the car, he asked if I would be joining them and I just shook my head. I sat there in the quiet thinking about how it might be better for them if I wasn’t there, and then in an instance of clarity the real “Marylin” picked up the cell phone and sent a text to our amazing doctor that said “What happens if I feel like driving my car into a brick wall?” he simply replied, “Oh Marylin, I am calling in a prescription right now and you are going to pick it up.” He also requested I come back to see him. I followed through with both suggestions and it helped to a degree. For me, the medication didn’t completely fix it but it became “manageable” as they say, I was able to get through the days without the crazy thoughts and endless tears and the ideas of suicide, but I wasn’t all me.
After 3 years on medication I was wondering if I would ever find my way back when a thought came to me about the birth control method I was using. I did some quick online searches and found that a pretty large percentage of women that used the same IUD had, reported depression and excessive weight gain, both of which I was dealing with. I made the decision that day to have it removed and after talking with my doctor I decided to discontinue use of the medication as well. It took a few months but I began to see the sun again in my life, I knew that for me the increased PPD from that pregnancy was very likely related to my birth control choice.
With my last child there were so many extenuating circumstances that contributed to the PPD, a VERY sick first 22 weeks of pregnancy, a move to a new city, Preeclampsia and an early delivery in the cold, dark winter set it up like a house of cards. I was better prepared mentally though, I knew that it would come and so I began making preparations, I looked into local yoga studios, tried to make friends, found a rec center with a gym, and talked lots with my husband. I thought I was ready for it, but once again it showed up with it’s joy stealing ways and brought me to my knees on more than one day. I was sleep deprived, completely overwhelmed with a newborn that screamed from 8pm-5am and then sure – wake up and get two children off to school and entertain a 3 year old – no problem. It was survival of the fittest though and I had fight in me. I went on an all elimination diet when he was 8 weeks old and he and I began to sleep again, I added as much yoga as I could at a nearby studio and I confided in my husband instead of shutting him out. While it was far from glamorous and my knees were bruised from praying, I didn’t quit, even in my loneliest, darkest moment I knew I was going to be OK. 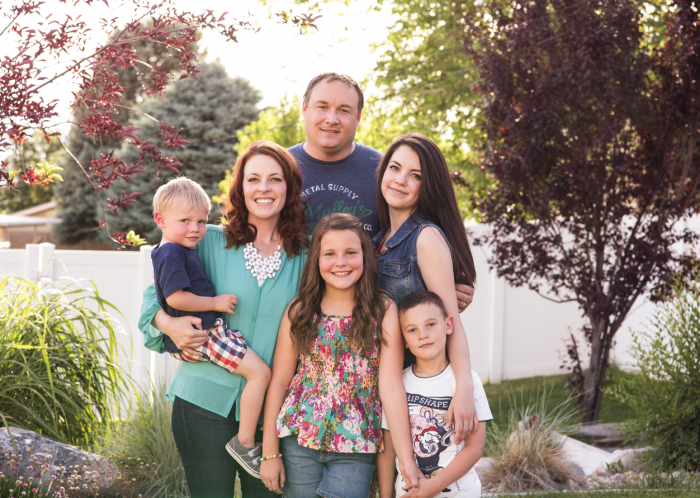 Postpartum depression is like a thief in the night that robs you quietly, and leaves you feeling the shame. It doesn’t play by rules or care that you were supposed to be breathing every moment of that perfect newborn that you tried for years to have, suffered multiple miscarriages, prayed for, yearned for. It doesn’t care. It will linger sometimes for years after your child is born, you will have months of beautiful weather and then like you moved to Seattle it will rain for weeks on end. The most difficult part for me about PPD is how isolating it becomes. I was supposed to be bursting with rainbows and glitter after these miracles in my life and it felt more like watching the surprise party through plated glass, I could see all the good in front of me and yet I wasn’t able to fully enjoy it, it was out of my grasp. I love my children endlessly and there were definitely times of bonding and absolute bliss, holding them and sticking my nose in their necks to inhale. I know that for some, nursing becomes difficult with PPD, but for me, it was essential to bringing me out of the looking glass for periods of time when I could feel and taste every last drop of blessings being poured into my life. My husband was gracious and kind, he would give me space when I needed it, but then pull me back when I was away too long, he remind me of why it was worth staying. He is truly my living, breathing hero. He carried more than I wish he’d had to and if he ever resented me I never knew it. Anyone suffering with PPD needs a Jimmy, they just do.
I can now say that I am on the safe side of PPD, our family won’t be growing by way of my womb at any time in the future. The sad, but honest part is that it’s a huge relief, like the deep breath after a scary movie, I breathe in the new chapter of my life without postpartum depression. Of course I would never trade my children, well except that time when #4 dumped an entire gallon of milk into my carpet next to a dozen cracked eggs, I thought about it, but I wouldn’t trade them. I won’t even ask for those years back, I mourn them from time to time but I work to live right here and now with the four most important purposes in my life. I don’t talk about what I went through very often, or really at all, this is the first time I am bringing it to the surface with my face to the sun knowing I will never have to dive to those depths again, it didn’t beat me and I didn’t drown. I have learned to know that it wasn’t my fault, there is no blame. I am a believer of hope and grace and a power beyond my own. Telling my story feels strangely like I am letting go of this toxic friend, one that has taken up too many years as it is and feels good to move on and let go.
Photos by Marissa Moss.
essaysessential healthfor moms