Now that the news is out (scroll down one more post!) I can finally write this post! I’ve been using these Fresh Wave products like crazy the last few months and had to share. Fresh Wave is a line of odor eliminiation products, but the best part is that its non-toxic and is just plants, oil and water. So instead of trying to mask smells with fragrances that can be harmful, it eliminates them with molecular science. I don’t pretend to understand that, but I do know that they work! 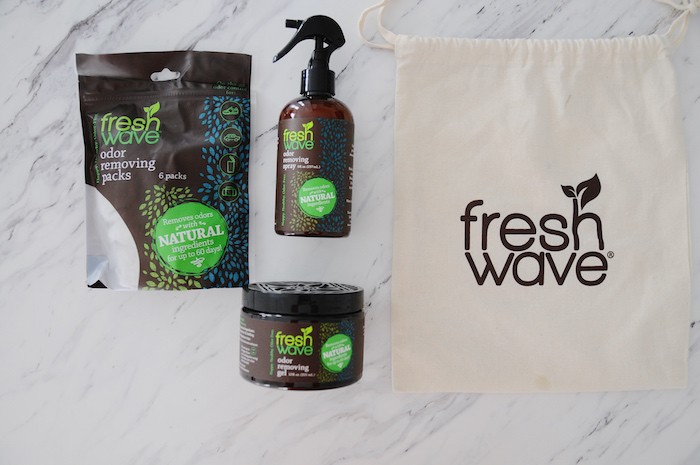 My pregnancy nose is no joke. People, places, things, and some of my favorite normal scents all send me to a nauseating tail-spin. My number one nemesis is my sweet pup, Leo. He is an outside dog who loves to dig in dirt, roll in the sandbox, run like crazy and its really hard to keep him smelling good. I can hardly go near him the last couple months of this pregnancy and it makes me so sad! The worst part is that I can smell him long after he’s gone. So if I take him in the car or in the house I am paying for it for hours later. 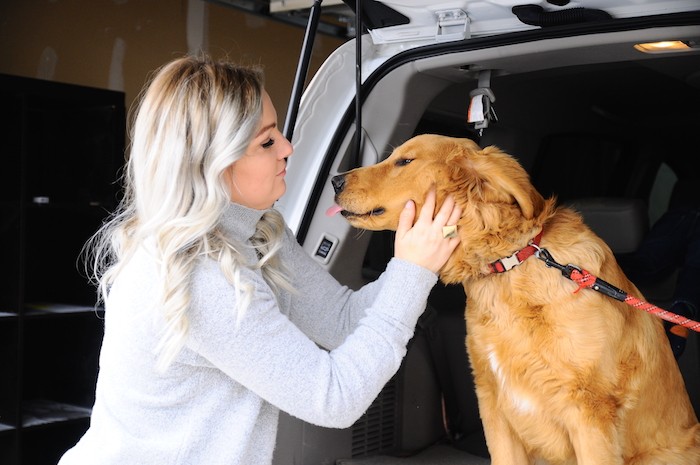 Fresh Wave is one of the only products I’ve found that are safe for pets. I put the crystal gel in the car and don’t worry about it because its not harmful! 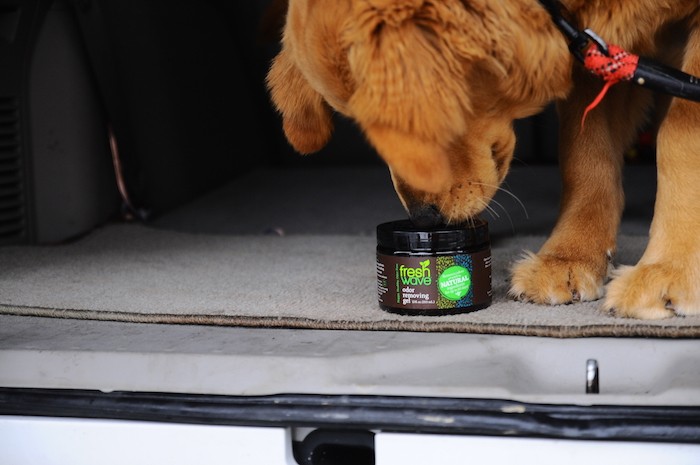 Leo isn’t the only one, my husband who is a contractor isn’t much better so he’s getting the Fresh Wave treatment as well! I love these Pearl Packs which you can drop into boots, gym bags, linen closets, or trash cans. 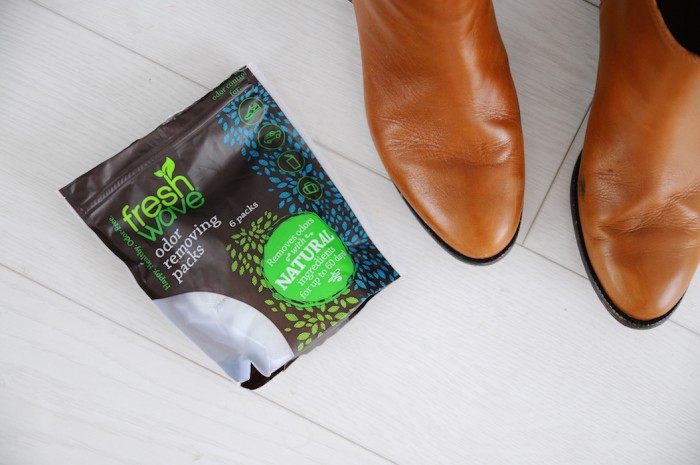 The spray comes in super handy for cleaning and touching up closets, bathrooms, and specific items of clothing. 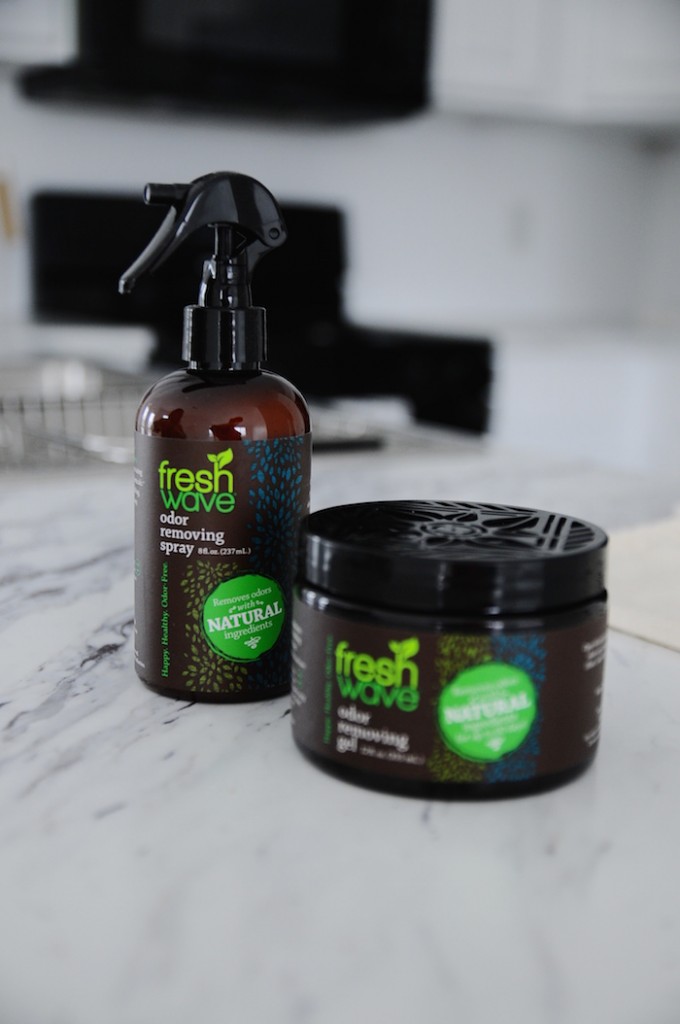 Russ’ sweet Grandparents, Pip and Pop both have pretty serious health problems that stem or are aggravated by fragrances. I’ve learned some scary things about the chemicals in fragrances and seen first hand how they effect them from asthma attacks on down to arthritis. We are sure to avoid having any fragrances in our home when they visit, but the more I learn the less I keep them around. So happy to have Fresh Wave as an option to keep my house smelling great! 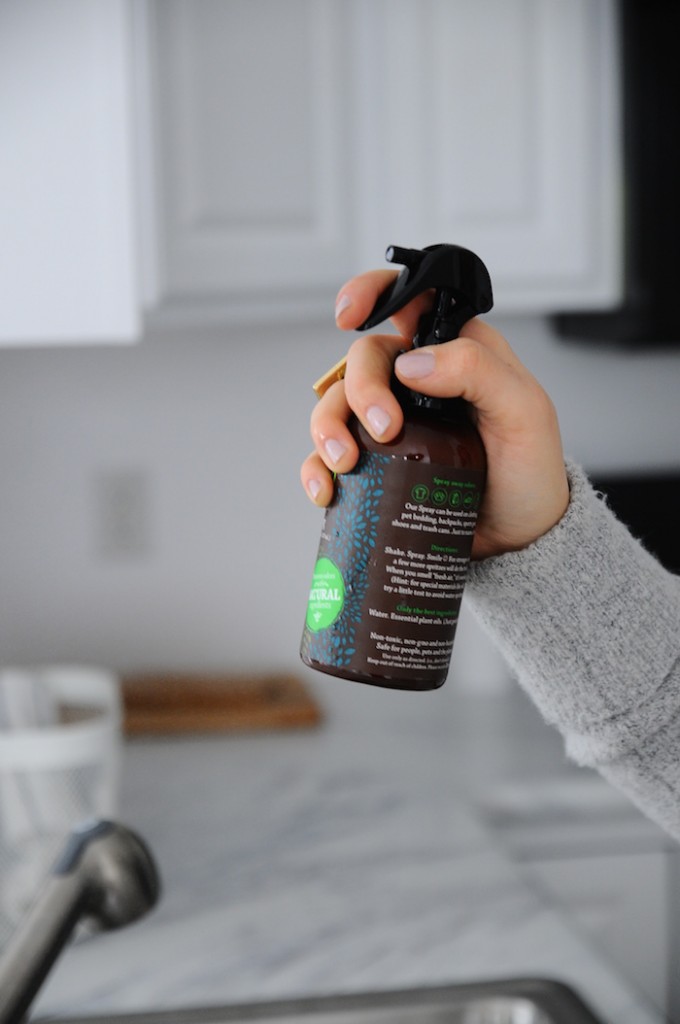 Find all their products, informational videos and so much more at their site HealthyHappyOdorFree.com