Oh man, we’ve been laughing about this DIY since it was hatched. Hayes loves to be creative with me and plan out projects. We were talking about what kind of Valentine’s Box he’d want for his party at school and he worked this one out pretty much all on his own. It’s totally whacky maybe even a titch disturbing, but he and Cal are both so proud and can’t wait to show their friends, so really what more needs to be said? They can’t all be perfectly beautiful, sometimes they gotta be weird, too. So, with that, we give you: The Feed Me! Valentine’s Box: 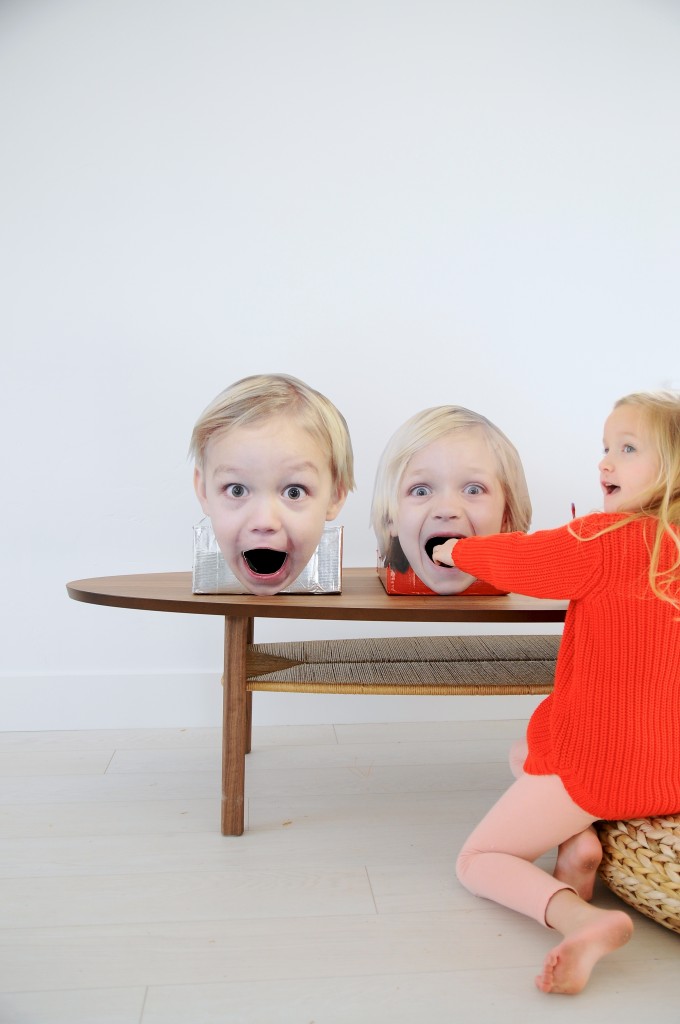 First, take a high resolution picture of your kids in front of a pretty plain wall and tell them to open up those mouths nice and big. Then print them out at your local print shop on a 100 pound semi-glossy cardstock. They can recommend their best material, but for sure something photo quality! You’ll want their faces to be about a foot tall and just about the same wide, simply so their mouths are big enough to actually fit Valentine’s in them. I printed these onto 11×17. 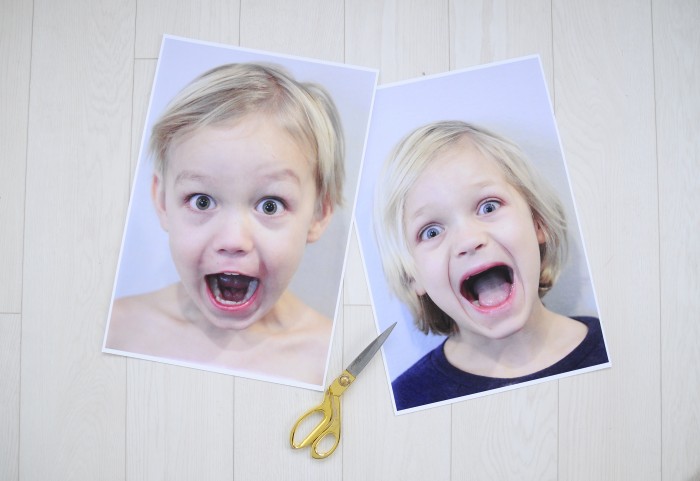 Cut their faces out and carefully, their mouths as well. Leave their lips or they’ll look even more insane. 😉 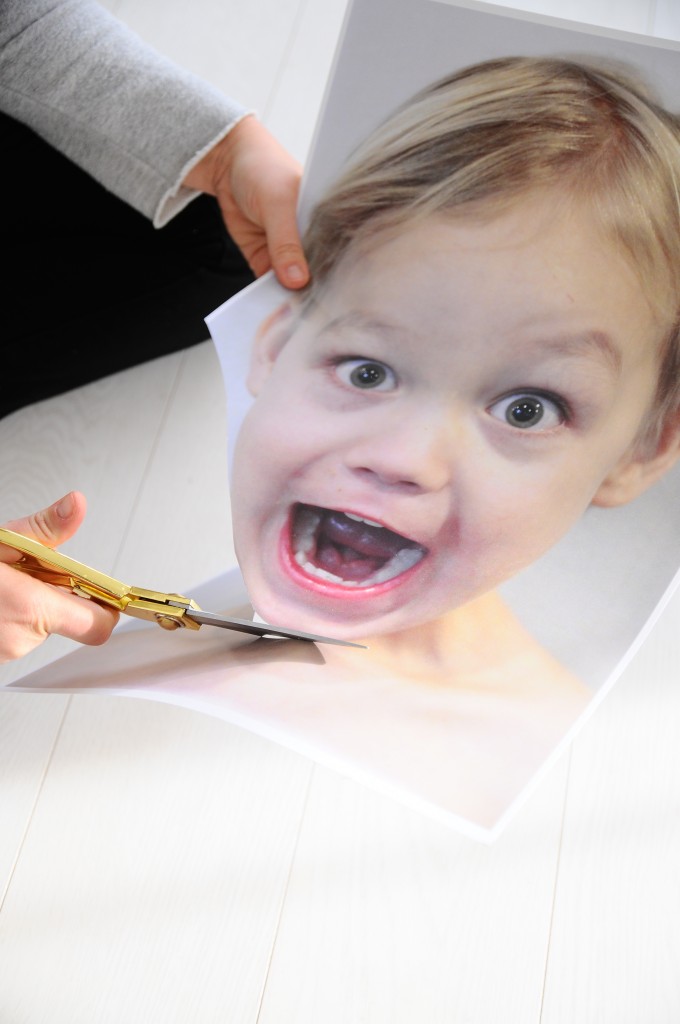 Once their mouth’s are done you can sort of map out on their actual Valentine’s box where the mouth hole will match up. Using a knife or scissors mark a dotted line showing where the mouth will go. Then use a serrated knife to cut out the cardboard. 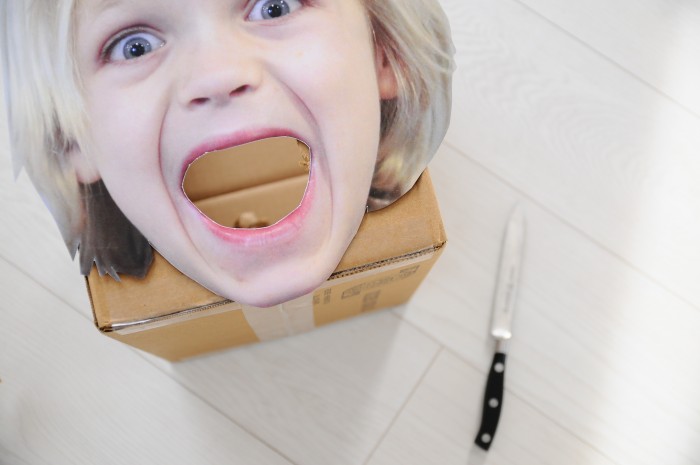 Cover with duct tape. We always go for the duct because it reinforces the cardboard and makes it that much sturdier for transport. 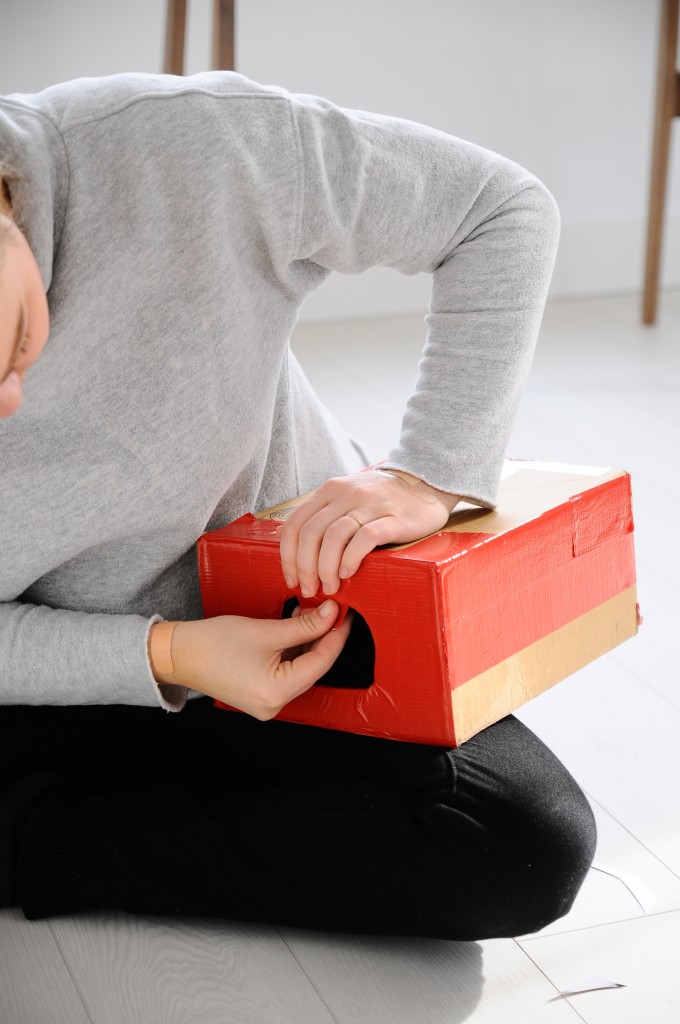 Now affix the face. Lots of tape, hot glue, whatever you prefer. 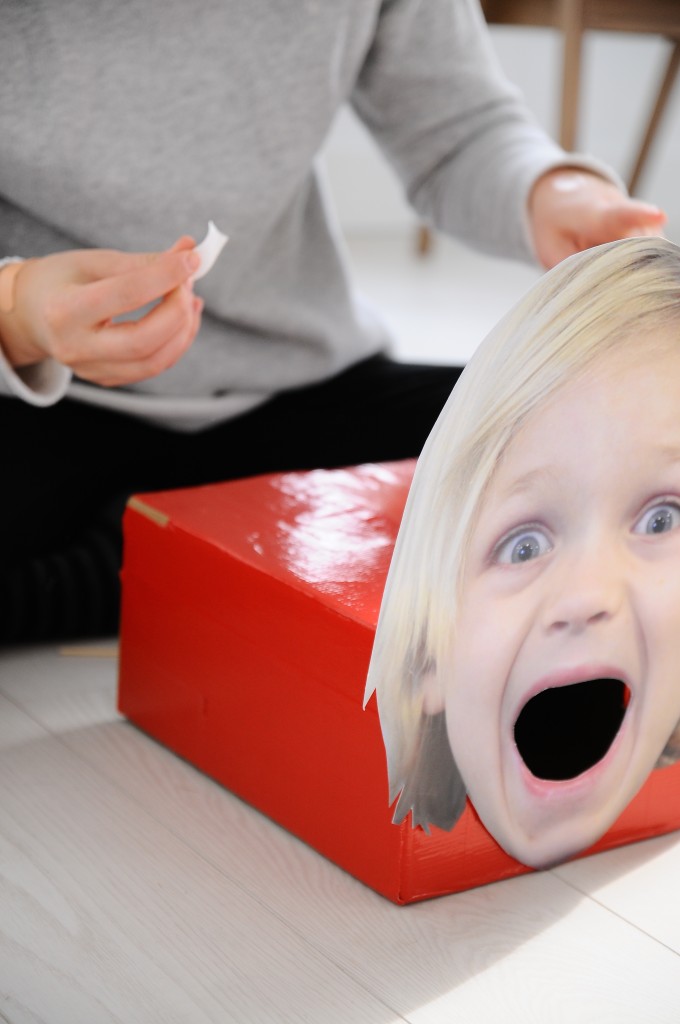 To keep the face from bending and to allow it to stand on its own, back the picture with a BBQ skewer or paint stirrer. Tape it in place and stick the skewer down far enough that its sort of planted between cardboard and the picture. 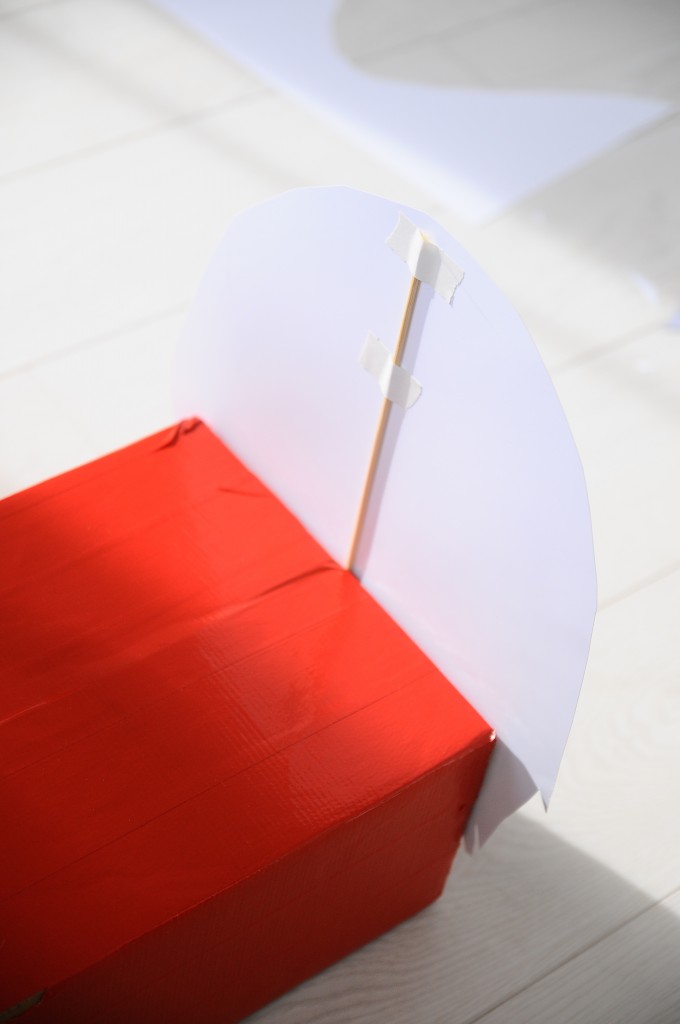 There you have it! We’ve been storing ours in the garage and it actually scares the crap out of me every time I pull in! 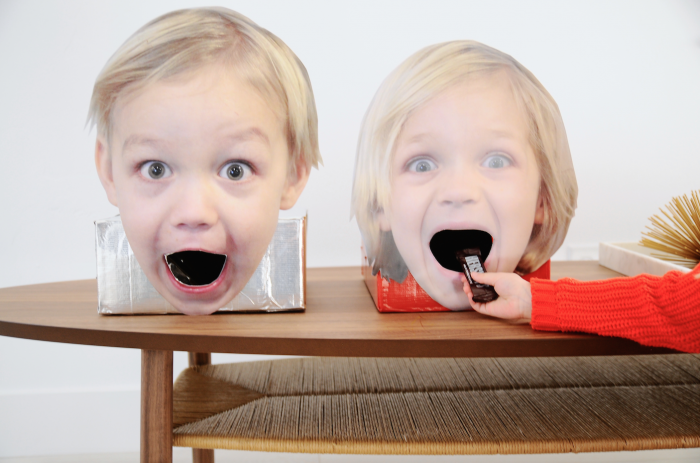