With it being Congenital Heart Disease awareness month, and most specifically DAY today, Valentine’s Day we wanted to have Heart Mom Kierra here to share her story. Welcome, Kierra!

More than 50% of all children born with congenital heart defect will require at least one invasive surgery in their lifetime. Little is known about the cause of most of them, and there is no known prevention or cure for any of them. In the United States, twice as many children die from congenital heart defects each year than from all forms of childhood cancer combined, yet funding for pediatric cancer research is five times higher than funding for CHD.
(American Heart Association) 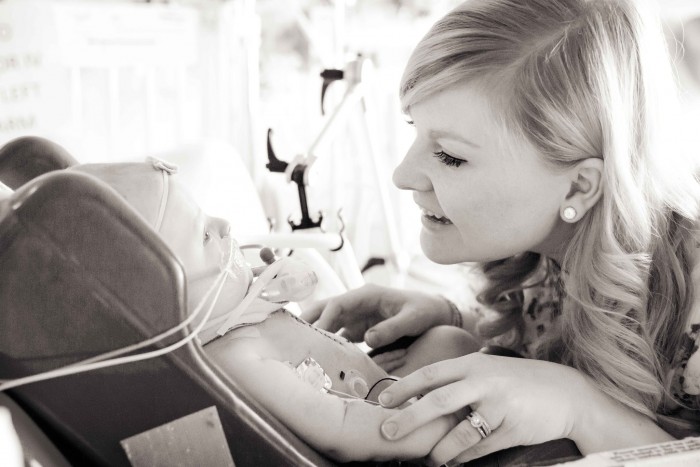 Thank you so much for the opportunity to give a little update on Evanna and our family. When writing last year’s spotlight post, I had no idea of what was to come nor what life had in store for us. While I knew we still had a few tough months ahead of us, I had no idea just how much more difficult our journey would become and the impact her little heart would continue to have on our lives. 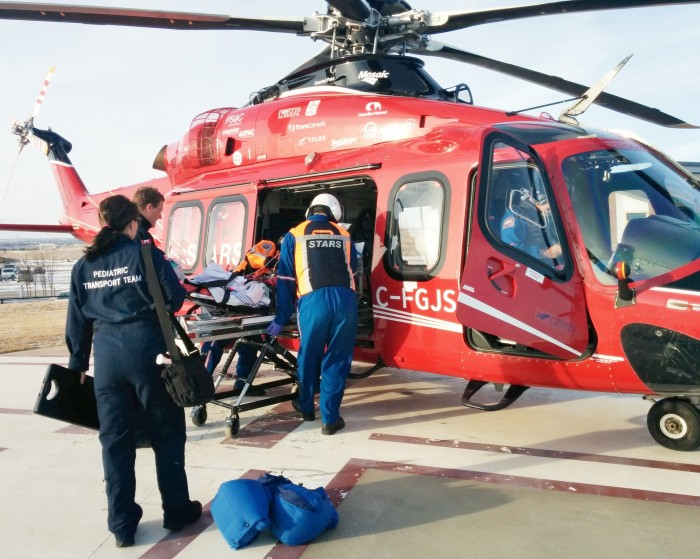 Around this time last year I finally grasped that we were going to be in this for the long haul (we had already been in the PCICU for over 4 months) – and once we realized that, we settled into a routine, and ICU life almost became our new normal. I remained at Evanna’s bedside day in and day out, while my husband continued to commute between two different cities on a weekly basis. After a few investigations, a second open heart surgery presented to my husband and I to insert a tiny mechanical valve, and we again signed our names on the dotted line. The procedure went very well, and in fact they decided to transfer us back to our home children’s hospital just a few weeks later to continue the recovery. Unfortunately disaster struck, and not even 24 hours after the transfer Evanna began to take a turn for the worst, and not a single antibiotic seemed to help. They finally discovered that the mechanical valve that they had just inserted had clotted in an almost closed position and they had to act fast. Regular ICU transfer was deemed too slow, so they airlifted Evanna by STARS Air Ambulance (a medical helicopter) back to the Stollery Children’s Hospital, and started Evanna on a TPA infusion (TPA is essentially a “clot buster”).

However, due to the mechanical valve clotting multiple times between February – April, the medical team decided to replace that mechanical valve with a bovine one, and a third open heart surgery was booked. During this time, we also came to the conscious that Evanna was not going to extubate successfully, and we finally agreed to proceed with a tracheostomy. It was one of the hardest decisions that we’ve had to make thus far, but after being intubated for over 5 months, we knew there was no other option and that it was time to face our new reality. Following these 2 surgeries, the team again decided to transfer us back home in time for Evanna’s 1st birthday. 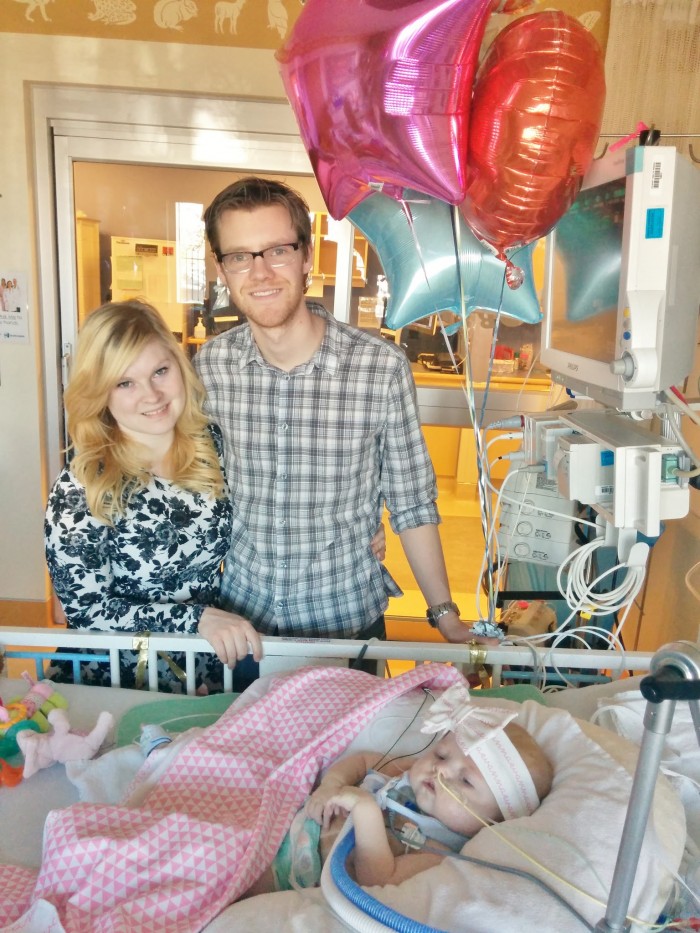 A week after her 1st  birthday – on Mother’s Day no less, Evanna unfortunately had to be airlifted back up to Stollery Children’s Hospital in Edmonton yet again after coming down with an infection that was causing havoc on her little body. Thankfully with the help of antibiotics (and being chemically paralyzed), Evanna began to recover a few days later on her own. The intensivists (ICU physicians) decided that instead of transferring her back to our home children’s hospital, that maybe they should keep her a little longer at the Stollery up in Edmonton. So that’s exactly what we did. While we couldn’t stay there until final discharge due to logistical issues and getting homecare setup now that she had a trach, we decided to catch our breaths and not transfer back to Calgary right away. Finally at the end of June, it was decided that a transfer out of ICU was around the corner, so it was safe enough to leave the Stollery and go “home”. 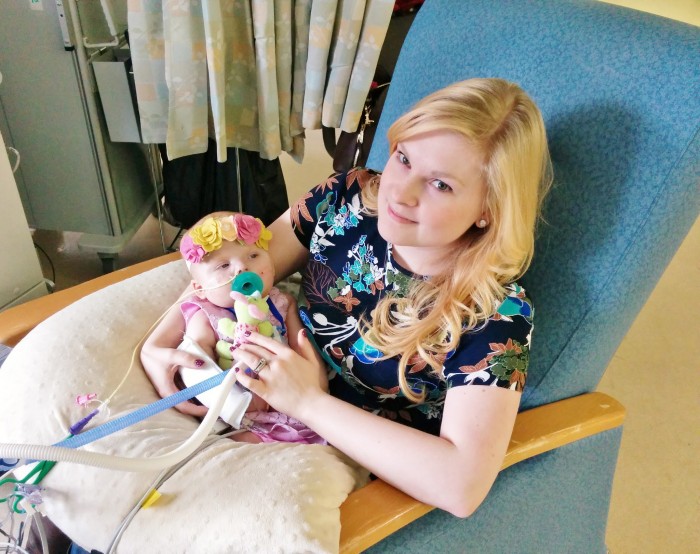 We arrived safely back “home” on June 29, but something was off with Evanna. We originally thought it was because of the transfer (these can be very stressful and strenuous on patients), but things continued to spiral out of control (we began to joke that she hated Calgary and this was her way of trying to convince mommy & daddy that we needed to move to Edmonton). 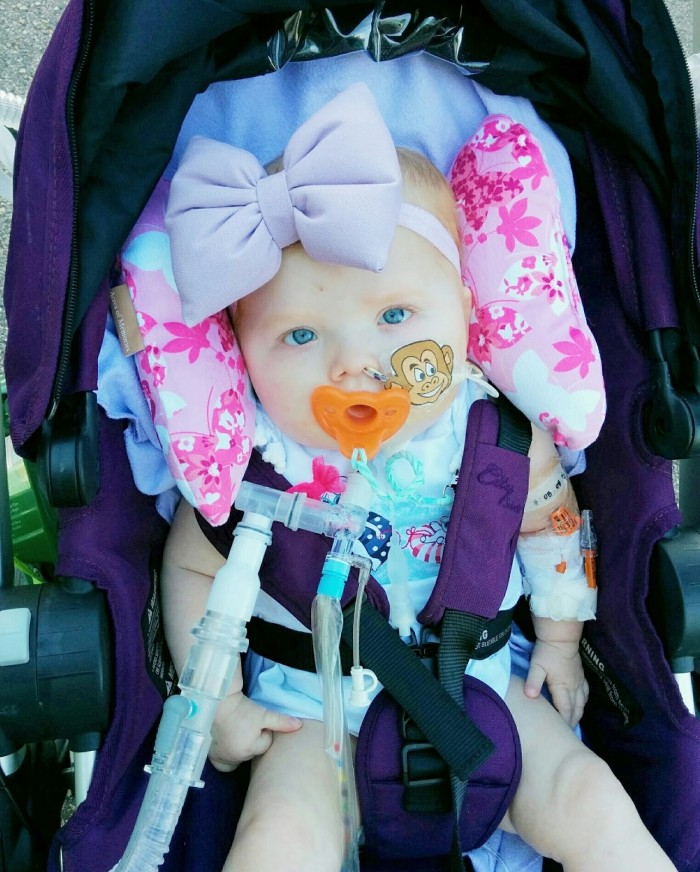 July 1st is a day I’ll never forget for the rest of my life. We were just getting ready to leave for the hospital, when we received a phone call from our intensivist telling us they needed us come immediately. While I knew things were bad and was anxious the whole drive there, nothing could have prepared me for how that day would unravel. We walked onto the unit and saw emergency carts piled up in front of Evanna’s room (this is never a good sign in the ICU). We were met by the intensivist and the cardiologist who was on call, and they both asked if we could talk somewhere private, and were escorted us into a private room off to the side. They told us that Evanna was in Septic Shock – which can fatal for even healthy individuals, and that things were not looking good. They brought up ECMO (it’s life support that essentially can act as the body’s heart and lung to allow the body to rest), but due to Evanna’s anatomy, it wasn’t an option for her here in Calgary, and they seriously doubted she would survive the transfer back up to Edmonton to put her on it, and whether even ECMO would be a benefit to her in this particular situation. We were basically told that we needed to make a decision on whether we wanted to transfer her back up to Edmonton with her most likely dying in our intensivist’s arms along the way, or here in the comfort of ours. We were both in shock and devastated. After everything we had previously gone through – we couldn’t believe it had gotten to this point and we were going to lose our baby girl. We ultimately decided to not go through with the transfer; however, we asked that they continue to do everything they could for her here in Calgary. So they set to work, got more lines/access into Evanna, and pumped every “antibiotic under the sun” and blood product they could into her little body, and supported her the best way they could to help her overcome this. We called our family (it also happened to be Canada Day – so almost everyone was off work anyways), and asked them to make their way to the hospital, and even my grandparents came drove in from out of town in order to say their goodbyes. We turned to social media and pleaded for prayers, and we were absolutely flooded with support, love and prayers. Hours past, and with each passing hour, Evanna was starting to improve and by the afternoon, she seemed to finally turn a corner. Before leaving that day, our intensivist walked in and stated that she was thrilled that the day wasn’t going to end like she thought was going too, and hoped that Evanna would continue to improve – and with a bit of patience and time, she did just that. Eight weeks later, we finally were transferred to the floor and discharge suddenly seemed obtainable. 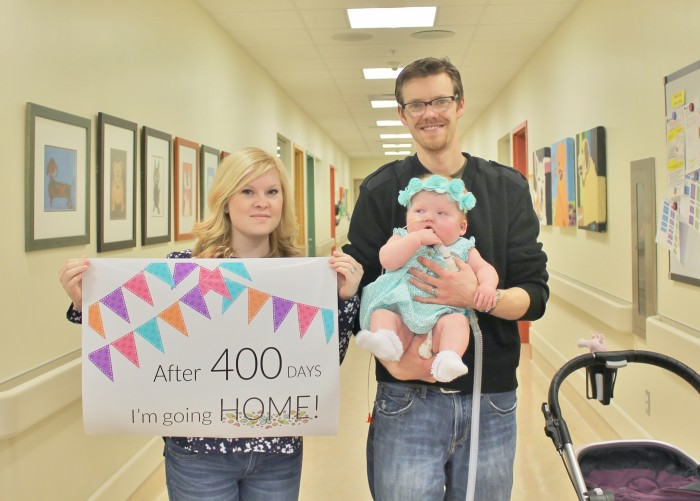 After 400 days – 323 of which were consecutively spent in ICU, we finally got to bring our little girl home on November 9, 2015. Other than a quick admission in mid-January for a planned GTube  surgery, we’ve been able to stay home, where Evanna is growing and thriving beautifully. Our road to recovery is far from over, and it will take years of intense OT and PT to overcome the intense trauma she has endured. Much of our life had been put on hold, but we’re finding our feet and even talking about adding to our family in the near future (like in most cases, my husband and I were tested, and it was determined that Evann’s heart defect was not genetic). While we remain optimistic that her respiratory issues will subside, we still face so many unknowns in regards to future complications and even a life expectancy. Surgery is not considered a cure for congenital heart defects, and it’s a lifelong aliment that requires constant monitoring by a cardiologist.