By Emily in partnership with ErgoBaby.

I have spent a LOT of time nursing the last couple months and while I sometimes wish for longer arms to wrangle my mischievous older two (who now have realized I am partially immobile and can get away with a lot) I am loving the time I get to spend just Raleigh and me. Depending on how wakeful Raleigh is I either get some much need work done: shoot off a few emails, put up a social media post or take my “nursing notes.” Or if he’s awake: I honestly do nothing but stare at him. He’s the most coy little smiler and if I miss a single one I am heartbroken! 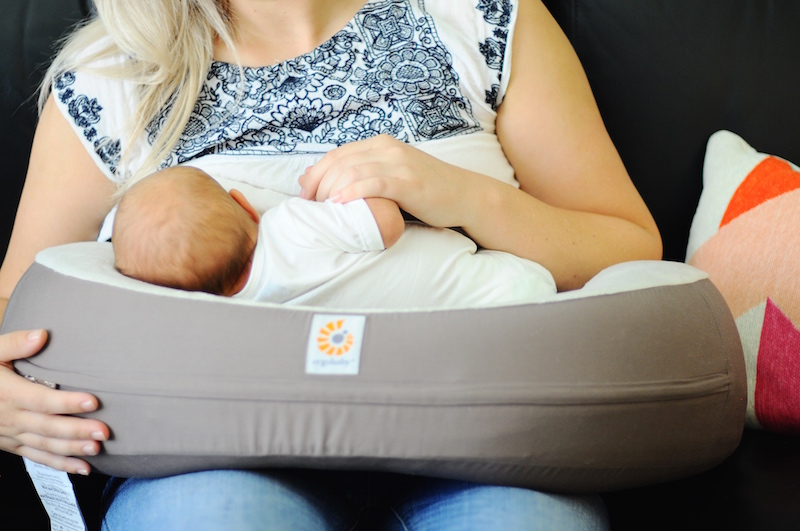 What are nursing notes you ask? I’ve found it’s the best time for me to jot down cute, sweet, funny things that I want to remember about my life as a mother.  Here’s a couple, lately:

Hayes loves to conjecture why Raleigh is sad, “I think it’s a burp”, “He’s getting hungry!” “He’s so tired, mom.” But my favorite was when I asked how he knew he was sad and he said “His face is crumbling.” Spot on reference if you’ve seen a crying baby! 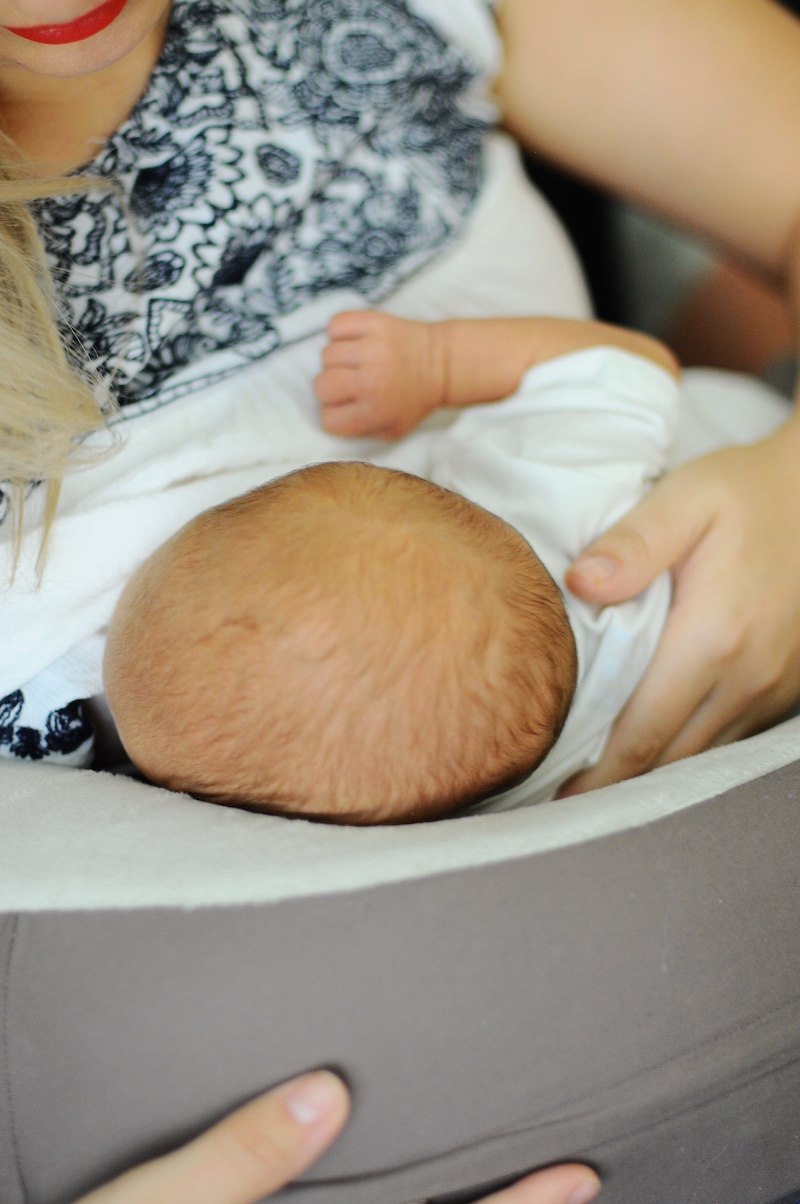 Or, How Callum tells anyone who will listen that “This is Raleigh Rex, my brother. I named him that.” (Backstory: Since Hayes is named after Russ, Hayes Russell, and Cal is named after my maiden name, Callum Kartchner, we thought it was only fair to let the boys take a turn at naming Raleigh. They rattled off the most epic list of options. Cal’s best suggestion was “Raleigh Ay Yi Yi” and Hayes wanted “Raleigh Hayes Junior” Finally after hearing the list, one of them said T. Rex and Rex stuck! 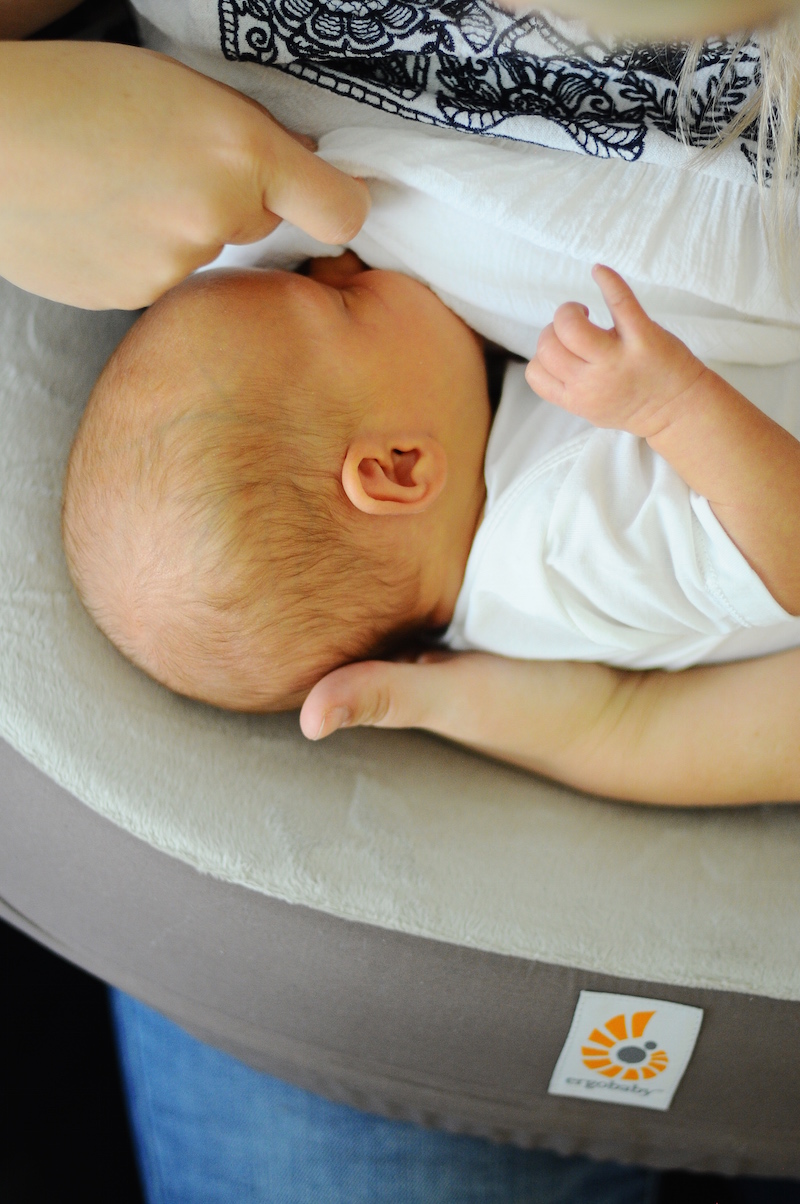 Ergo sent their new nursing pillow as a part of our year long partnership with them and it has been saving my bacon. Those late night feedings I can barely keep my eyes open let alone have good posture. Slowly but surely my posture was effected during the day, too. My back was just tight and felt permanently hunched. Their pillow brings the baby back up to the optimum position and takes the strain off your shoulders and back allowing for better posture. We are getting more comfortable with nursing every day, but back when he was brand new and it took four arms and a prayer to get a latch to stick the pillow was such a big help with that, too! 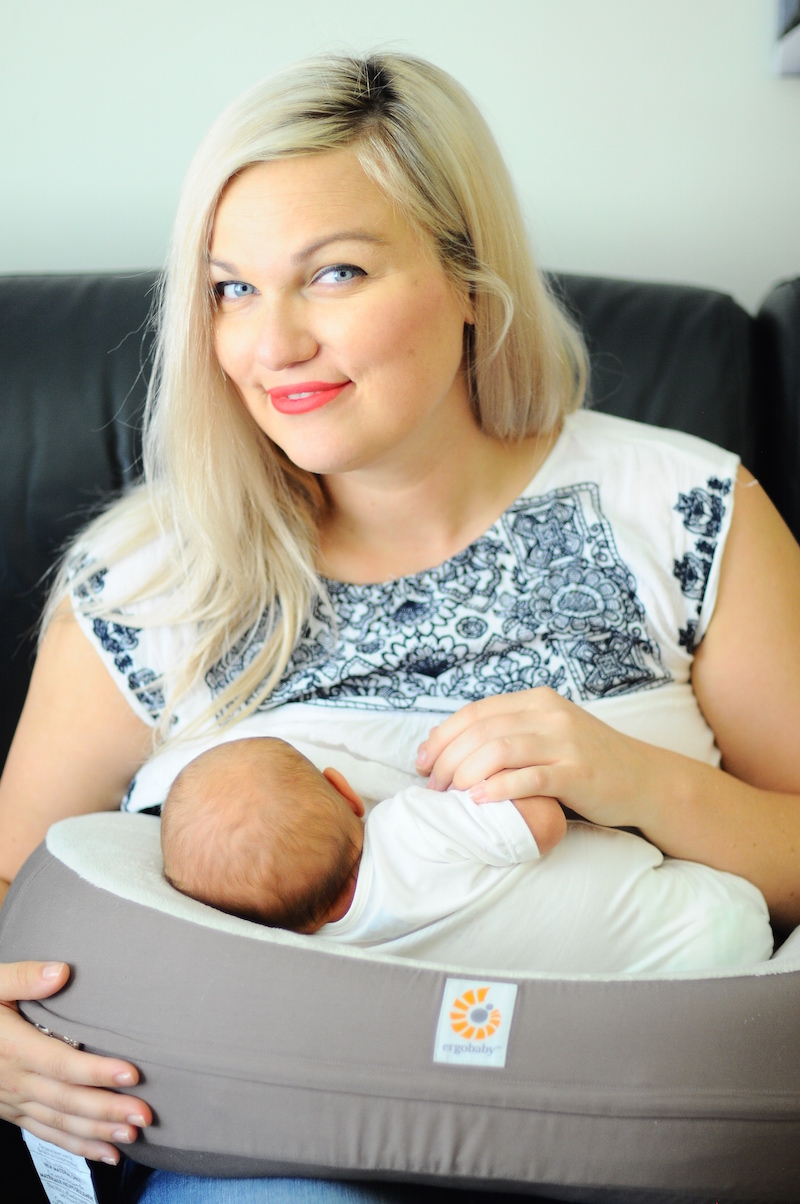 You can buy the Ergo Nursing pillow on their site and in most major baby gear retailers! Lipstick: Nars Matte Lip Pencil in Dragon Girl.