Time for a Raleigh update and the best lullaby playlist of your life! But first, LIPS! 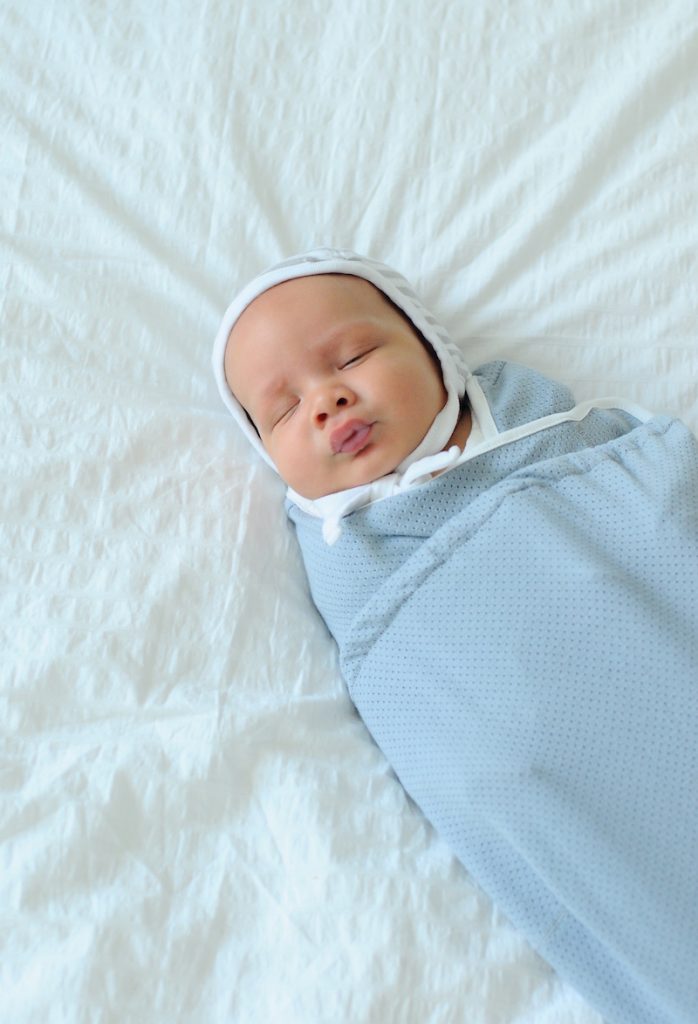 Raleigh is 2 months now and we finally got our act together and bought a baby monitor so he’s officially sleeping in his own room in his crib! He was either in our bed or a bassinet and like I’ve already learned twice before, but keep forgetting, we all sleep better this way! 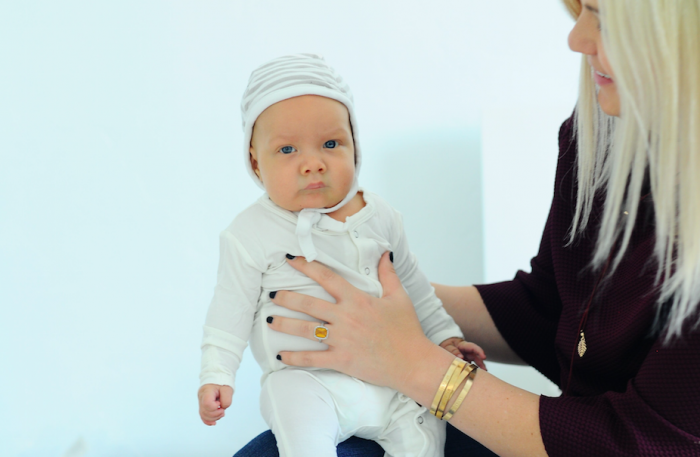 Since the move he’s already starting to form a little bit better sleep routines and longer stretches between night feedings. Right now we get from about 10 pm – 3 am and then two to three hours between feedings until 10 am. (You’ll hear no complaints from me! Hayes was every two hours for 8 months and Cal was only marginally better than that!) 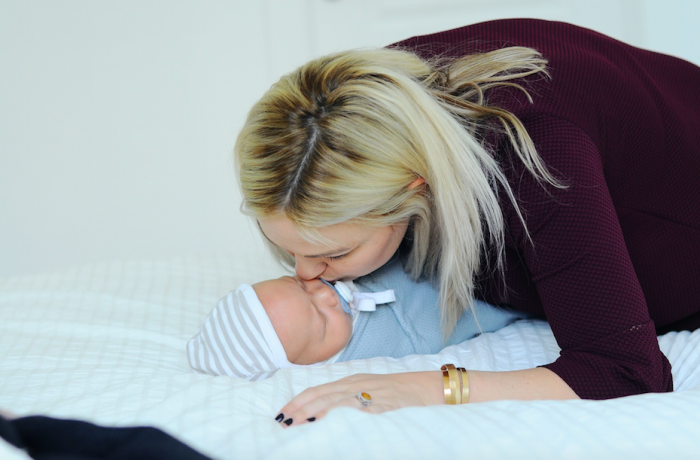 Then he’s up for a bit and right back down for a big morning nap. The kid can SLEEP! Now that we’ve established a “bed time’ it’s been so much easier to get a routine going at night. He showers with dad (I have my kids shower with Russ until they can sit up, it’s just easier, and of course Russ loves it!) gets nice and lotioned up, pajamas, feeding, rocking and singing and then he’s out. 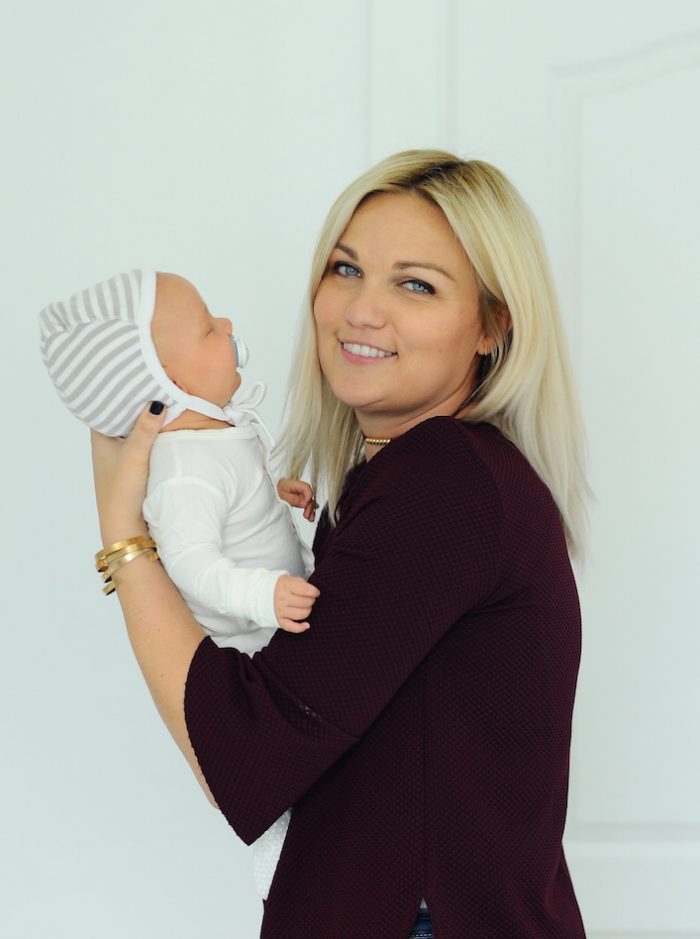 It’s so funny to me now, but I (and every doctor, nurse and sonogpraher, too) felt like he was a big ol’ wiggle worm. He was CONSTANTLY moving in my tummy and seeing how he moves out of my tummy confirms it. He’s such a flailer! His own arm and leg jolts were waking him up from sleep constantly, so swaddling was an absolute must. There is no busting out of this Ergo one, so this is our go-to! I love that it’s breathable and vented fabric so he doesn’t get too hot! 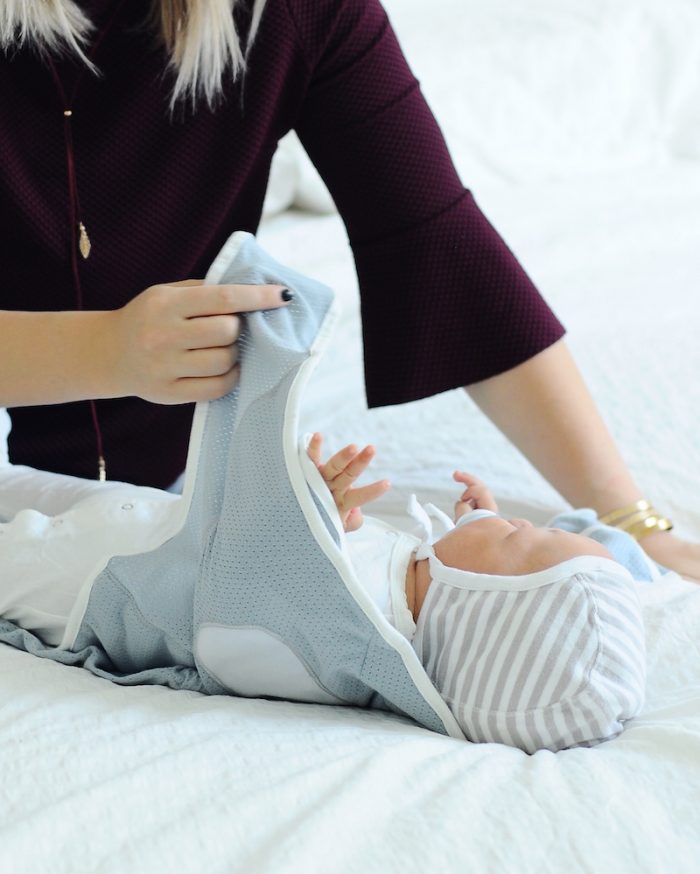 Once we’re all settled, I sing and rock him for a bit. I get all sorts of nostalgic. Singing songs my dad sang to me like “Landslide”, singing Hayes’ favorite, “Edelweiss”, and Cal’s, “Buckets of Rain.” Each boy seems to have their preference, and for Raleigh I sing “Tonight You Belong to Me.” 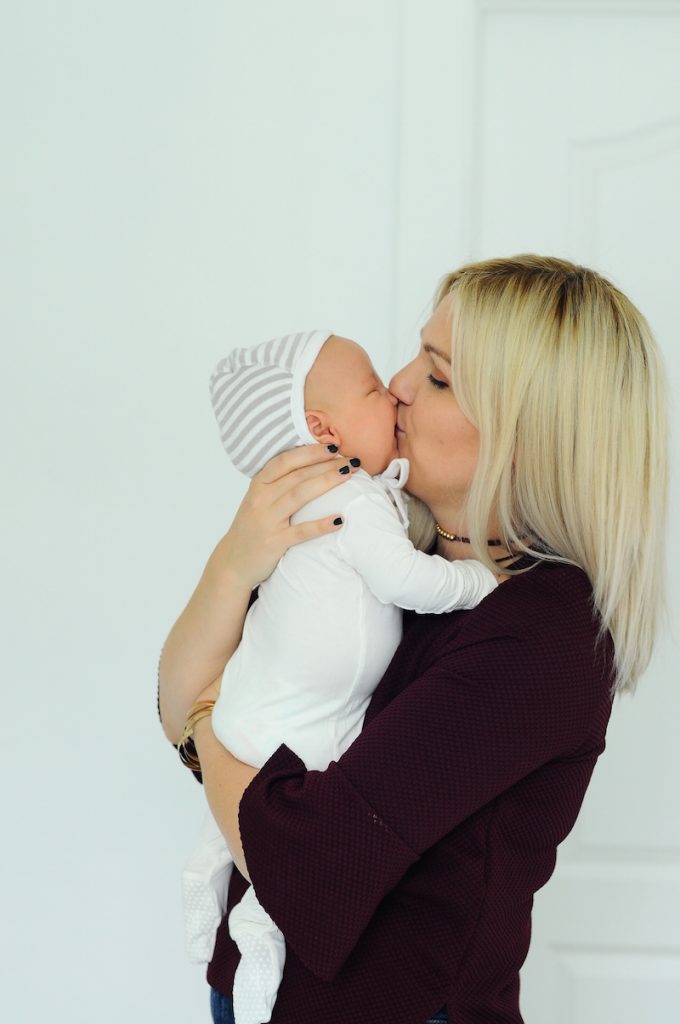 I asked my Small Fry Girls what their lullaby favorites were and then I also polled all our Instagram followers! The responses were SO GOOD! I cried reading the comments and picturing parents all over the world singing the lullabies they love most. I had to make a Spotify playlist, it’s embedded below, or if you can follow it here. I can’t take credit for it, so I can say it – it’s freaking good. I’ve been listening to it 24/7. 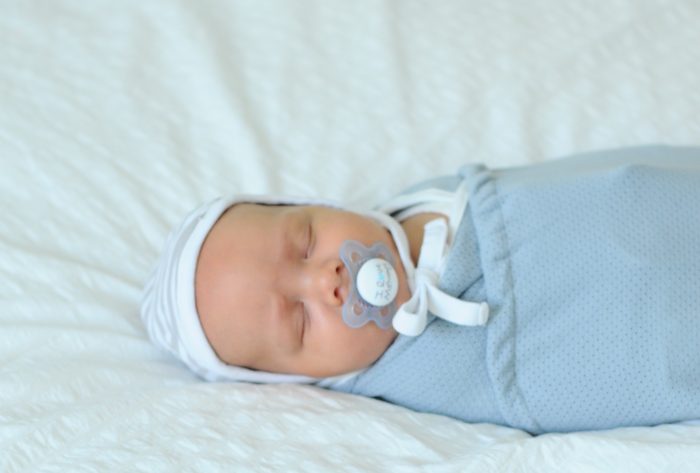 Jenna named both her boys with songs in mind so they sing “The Mighty Quinn” and “Hey Jude” at night, also “Here There and Everywhere” her dad is huge Beatles fan and of course passed it down! Moon River is another fave! Nicole loves “I love the Mountains” and “Lavender Blue” (the new Cinderella version!) for her kids!

Here’s the trick for this playlist – I picked all super calming versions of each song, but if those weren’t available then some are more upbeat. They’re at the beginning so you can actually play this for bedtime, just skip the first five songs if you want it to be quieter. Have a song you’d like to add? Comment below!