My kids are in a frenzy right now over Halloween and all the costume talk always comes back to one thing – “What are YOU gonna be mom?” We teamed up with Teenage Mutant Ninja Turtles for our team costumes (found these at Target!) and let the boys dreams come true. We became the Ultimate Turtle Team! Ready to check ‘er out? 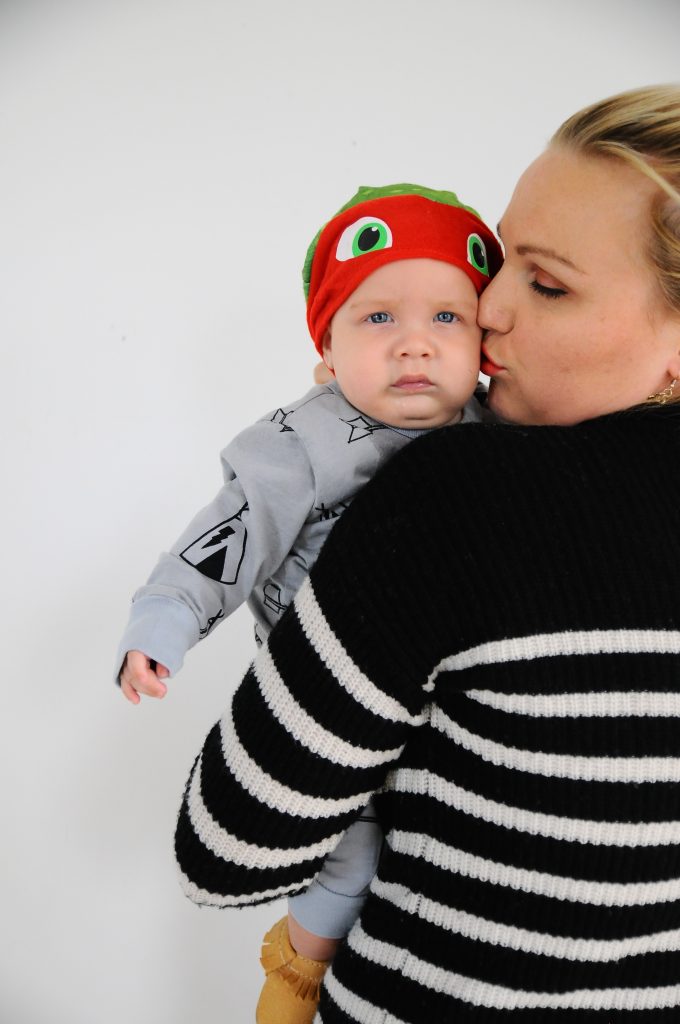 I don’t know a ton about the show but my boys, and apparently Russ, are obsessed~ When we got the masks he said, “Dibs on Rocksteady.” I died laughing. I forget TMNT has been around a lot longer than any of us! 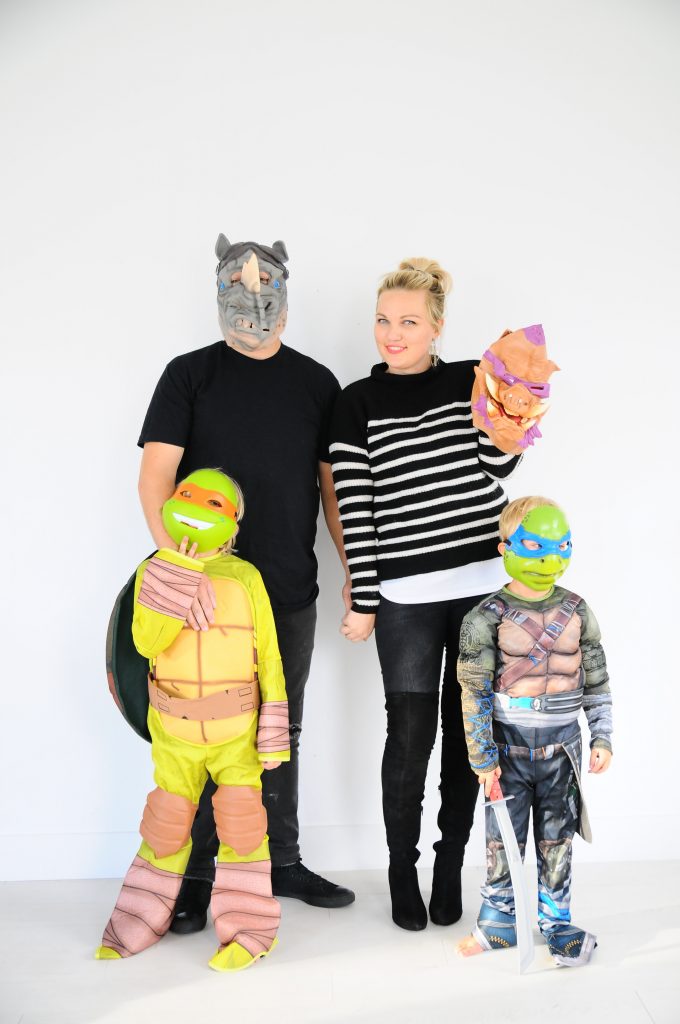 Doing a dry run for the big night. Is it just my kids that go absolutely limp when its time to get dressed? It’s like dressing spaghetti! 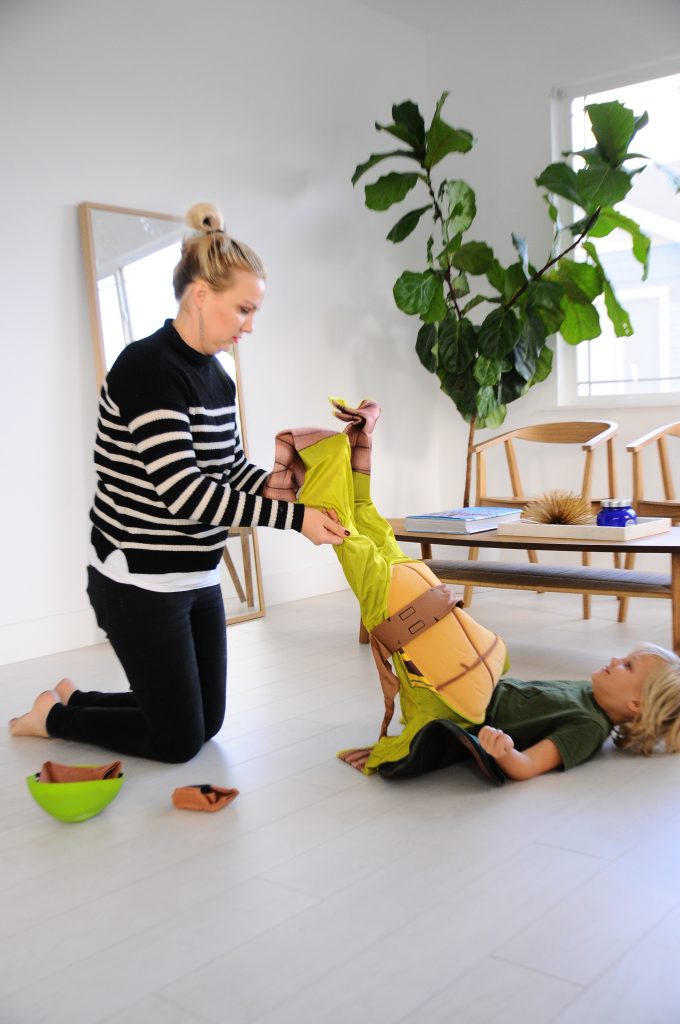 Originally we chose Leonardo for Hayes. He is the big brother of course, the leader of the pack and works super hard each and every day. 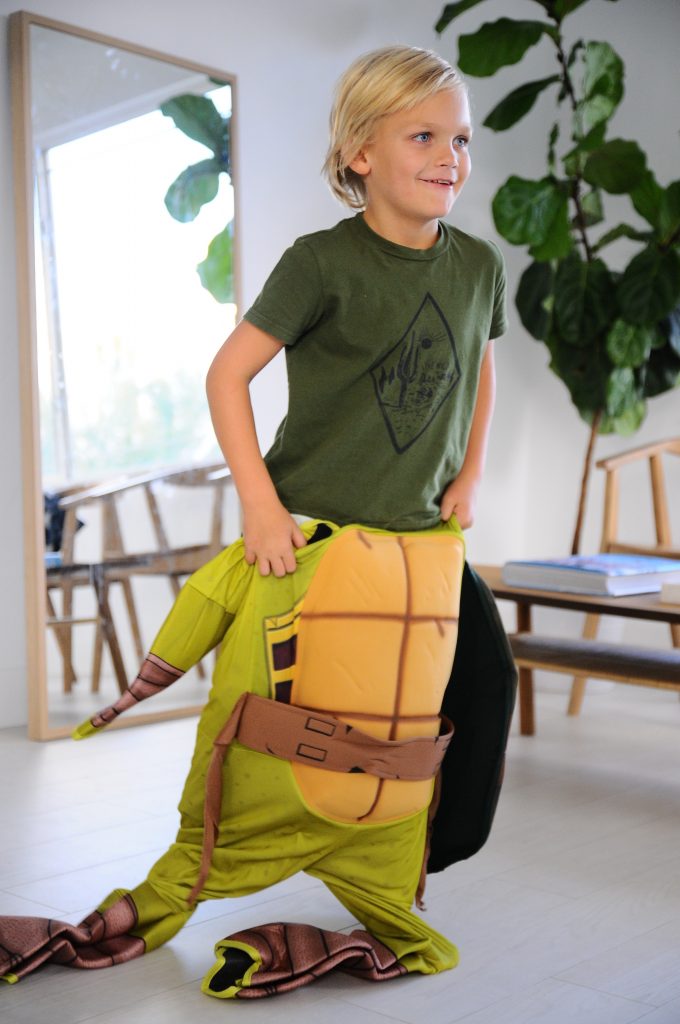 And for Cal of course he had to be Mikey. The jokester, the class clown, the lazy bones that’s still good at everything. That’s our Cal! 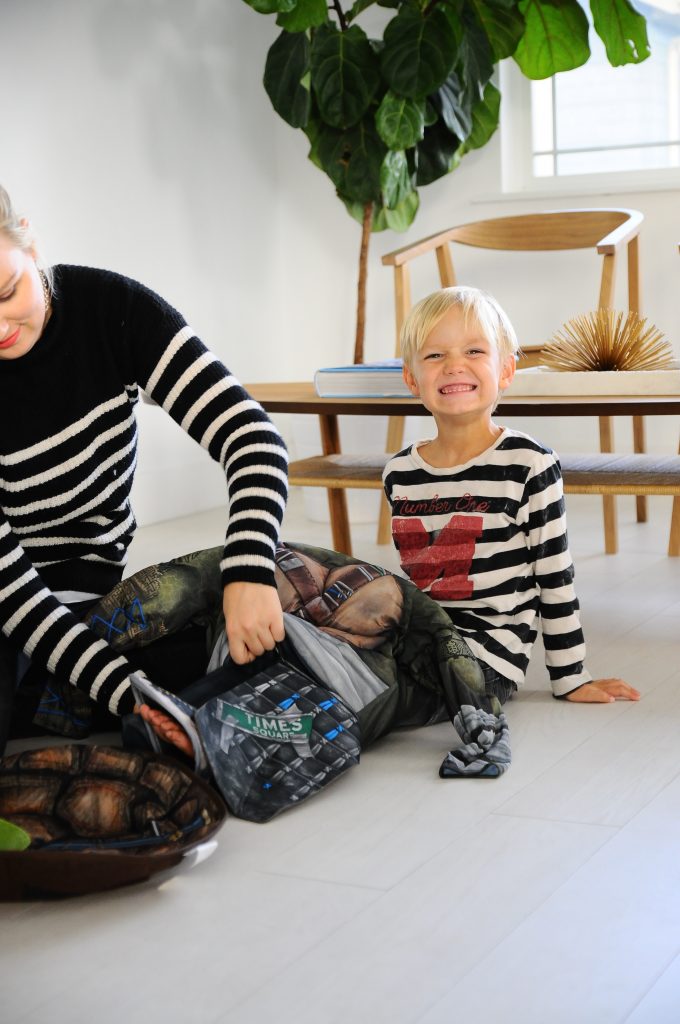 But, when push came to shove they wanted to swap. Im taking it as a good thing, like maybe they aspire to be like the good qualities they see in one another? Or more realistically, these brothers just tend to want what the other one has! What is a good hero story without some villains?  They probably see us that way in everyday life anyway, so let’s have Halloween mimic life, right? 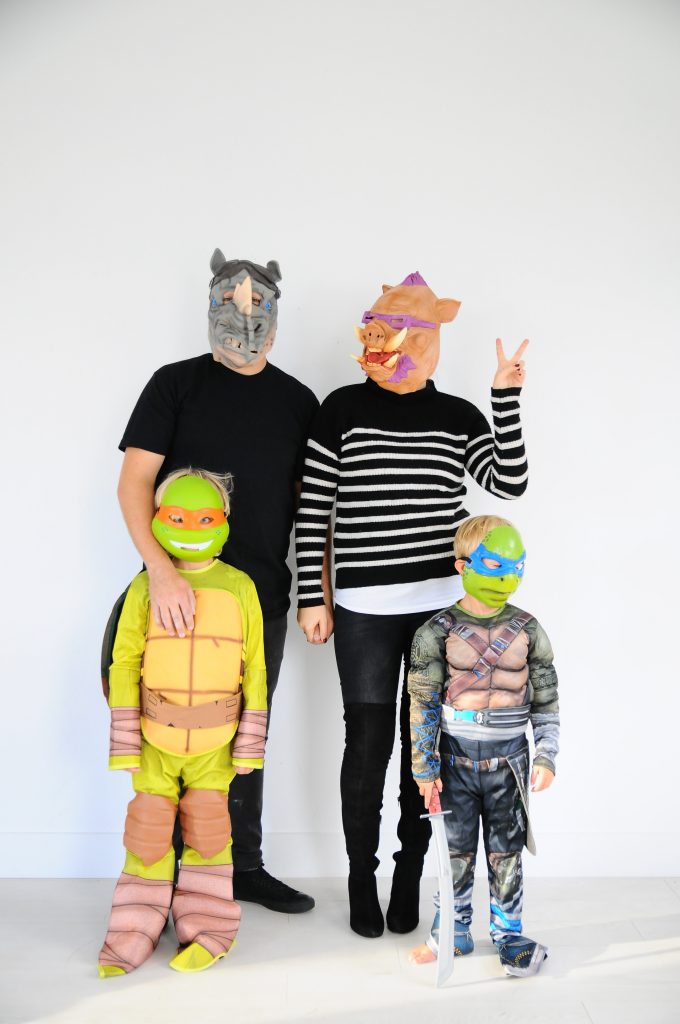 We love these costumes — they are so detailed and well made and come with lots of accessory possibilities to make the costume feel extra special. I love that after trick or treating is done I can put these in the dress-up bin and they’ll get wear all year long!