This post took far too long to get put up, but she’s here and that’s all that matters, right?

Sunglasses. Windows to the soul. JK. But, one of my favorite accessories to buy because it can update your whole outfit. I tend to dress pretty plain, but my accessories all have opinions. Sunnies, shoes, jackets, make-up, jewelry etc. Easy to stay on-trend this way in a less expensive way.

So here’s my plan of attack on sunglasses. Trendy styles I buy on the cheap. Styles that I know will have some staying power I put more money into! I have tried a million different ways to store my sunnies and these cases are best for me. I have two, one for just black sunglasses and one for colored. I store them under my bed and I love being able to slide them out, pick what I want and not have to fuss to much. They also have lasted infinitely longer this way. 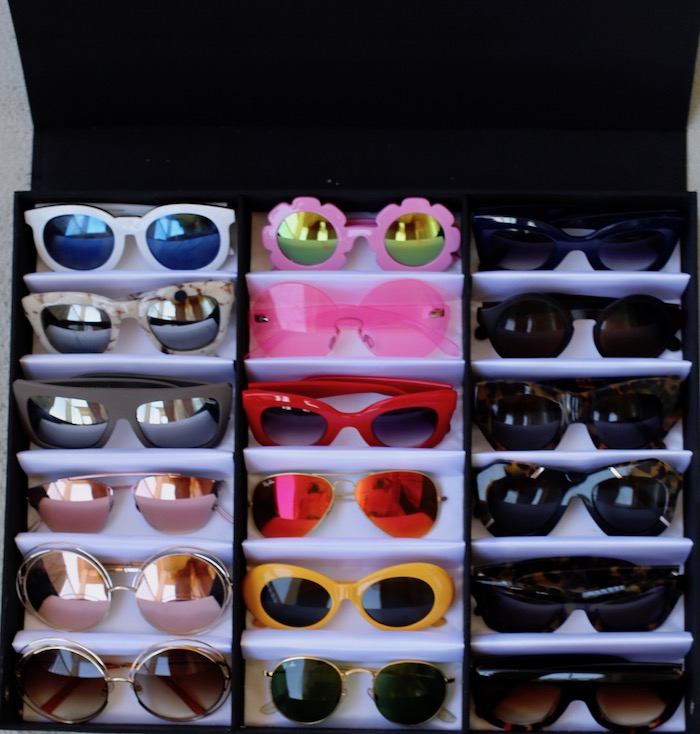 ALL BLACK CASE (case from here) 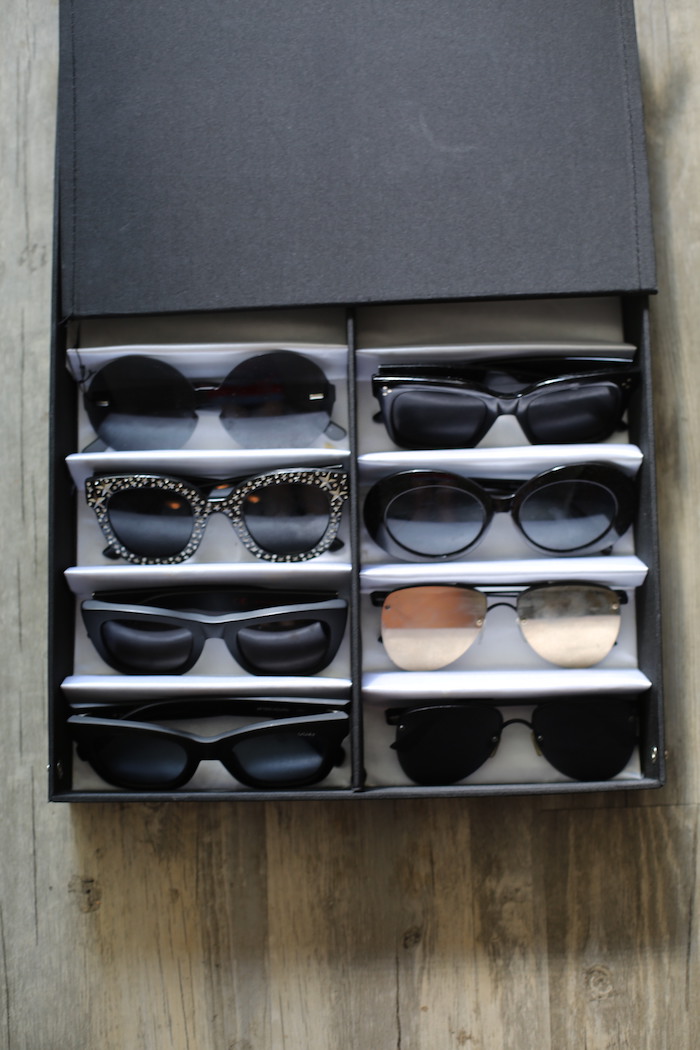 Grey Rimless // Black Stars (I have brown, too!) // Quay “After Hours” Matte Black (my all time favorites, I’ve bought them twice due to losing them)  // Retrosuperfuture Matte Black “Gals” // Celine Boxy Replicas // ASOS Oval Black // Le Spec “Prince” in mirrored gold and all black, be prepared to tighten the little screws.

WHERE TO BUY TRENDY + CHEAP

Ali Express (direct from China and takes a couple+ weeks to arrive so not always necessary since at times Amazon has them too, but a resource for inspiration! They seem to be ahead the curve in the states), ASOS, Free People — I like FP because they have their signature frames like “Abbey Road” that they put out the hot color of the season each season, so you can bank on the shapes you like. GOJane.com always has knock-offs and seemingly faster than other sites I know of. I’ll scroll their sunnies for inspiration. Quay (pronounced KEY, just looking out for ya) is usually middle of the road but the quality is just as good as designer and their styles are on points they could go in either category for me. They have so many new collections they almost always have something on clearance!

HOW I BUY DESIGNER

There really is something to designer sunglasses, if you know, you know. The quality, weight, and ahead of trend styles (and logo if you’re into that) are what you’re paying for. Doesn’t mean they don’t snap when you sit on them, scratch when you put them face down on the sidewalk, or get lost just the same as your cheap ones.

Check Poshmark. Then eBay. Poshmark is more instant gratification since it’s not bid format and their shipping gets it there in 2-3 days usually! Watch for sales, Nordstrom Anniversary, ShopBop Friends and Family, Asos has a few designer brands and they do sales weekly it seems. I have several designer pairs but I’ve only paid full price for maybe 1 or 2. 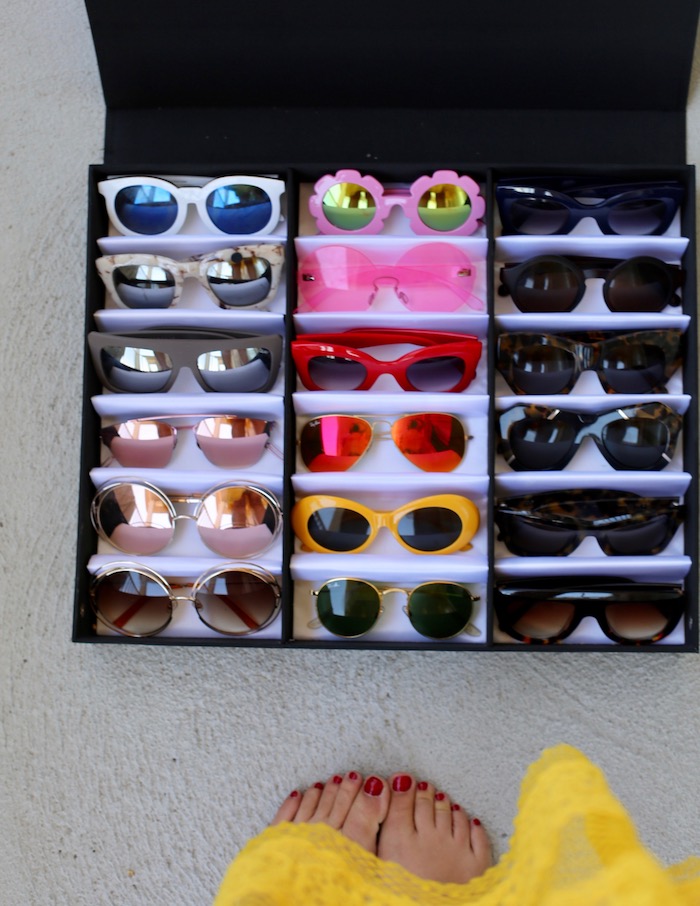 When we first moved to our small town a couple yea

For this guy. Who has been a witness to it all, si

TWO WEEKS. feels like everyday has been a lifetime