Have you ever heard the saying “Write from your scars, not your wounds”? The last few weeks was all so fresh with the move I just found myself with nothing to say. Not that I have any wounds from this experience, but you get the idea. So, I have just taken my sweet time! To experience it all just for me, just with the fam, and let all the feelings move through me. You better believe I still RAN outside to get a pic of this sunset though. 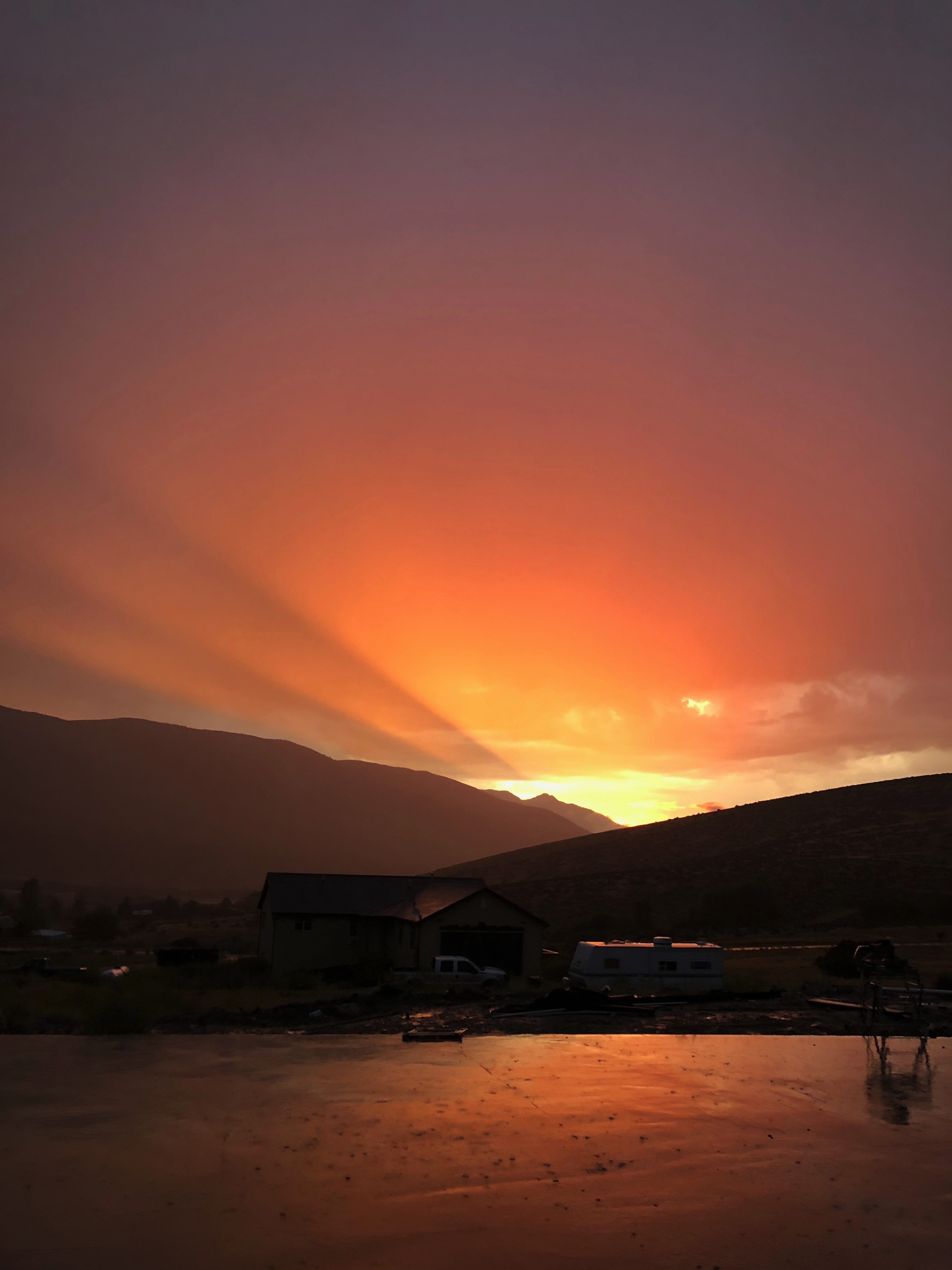 I am starting to feel things become more settled (school helped SO much!), which is high time because man am I behind on work!!  But not working means I unpacked the house in a week instead of months, which is time well spent, for sure. 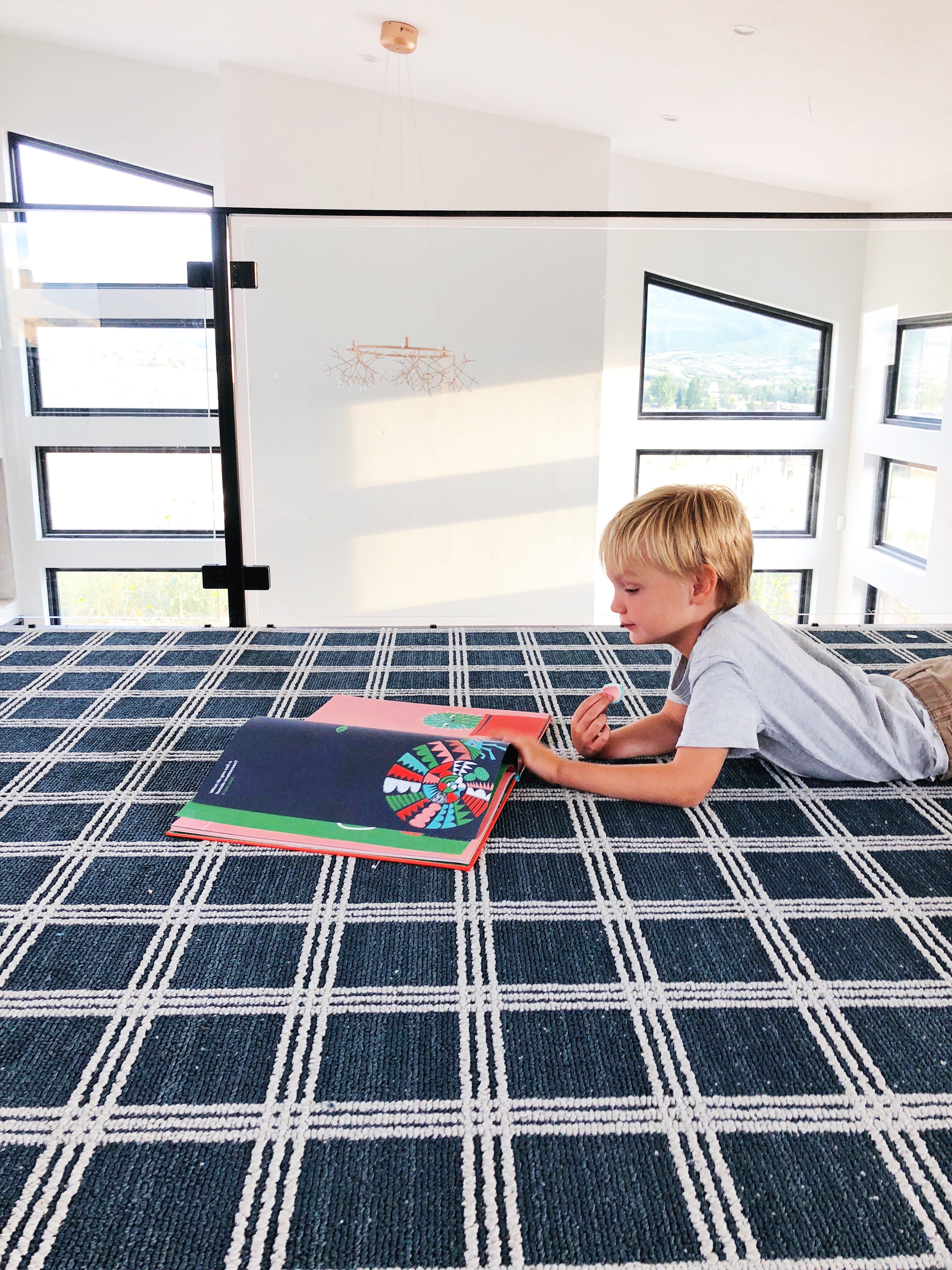 I wanted to tackle a few questions I’ve been getting about the move!

#1 – Why am I not doing a home tour?? I never considered myself a perfectionist. I have high standards, but it’s not gonna kill me to have things not be perfect in any sense. But! This house is just not done enough for me to show it all yet. We still have quite a list of things we’re finishing up in the next few weeks. Like a few shelving systems for the loft, our closet, the toy room, and the guest room. And waiting on other people, too. Still waiting on hardware (knobs, rods, pulls ALL the things), kitchen backsplash quartz, then we have a couple more wall tile projects (the boot wash, the kid’s laundry room and the fireplace) to do and once all that is done we’re fixing drywall holes and doing some paint touch-ups and a few other things. I am showing peeks here and there on insta stories, but it’s hard for me to post to the feed when I know even next week it will look more “done.” Am I crazy? As things wrap up you better believe I’ll be touring until you beg for mercy! 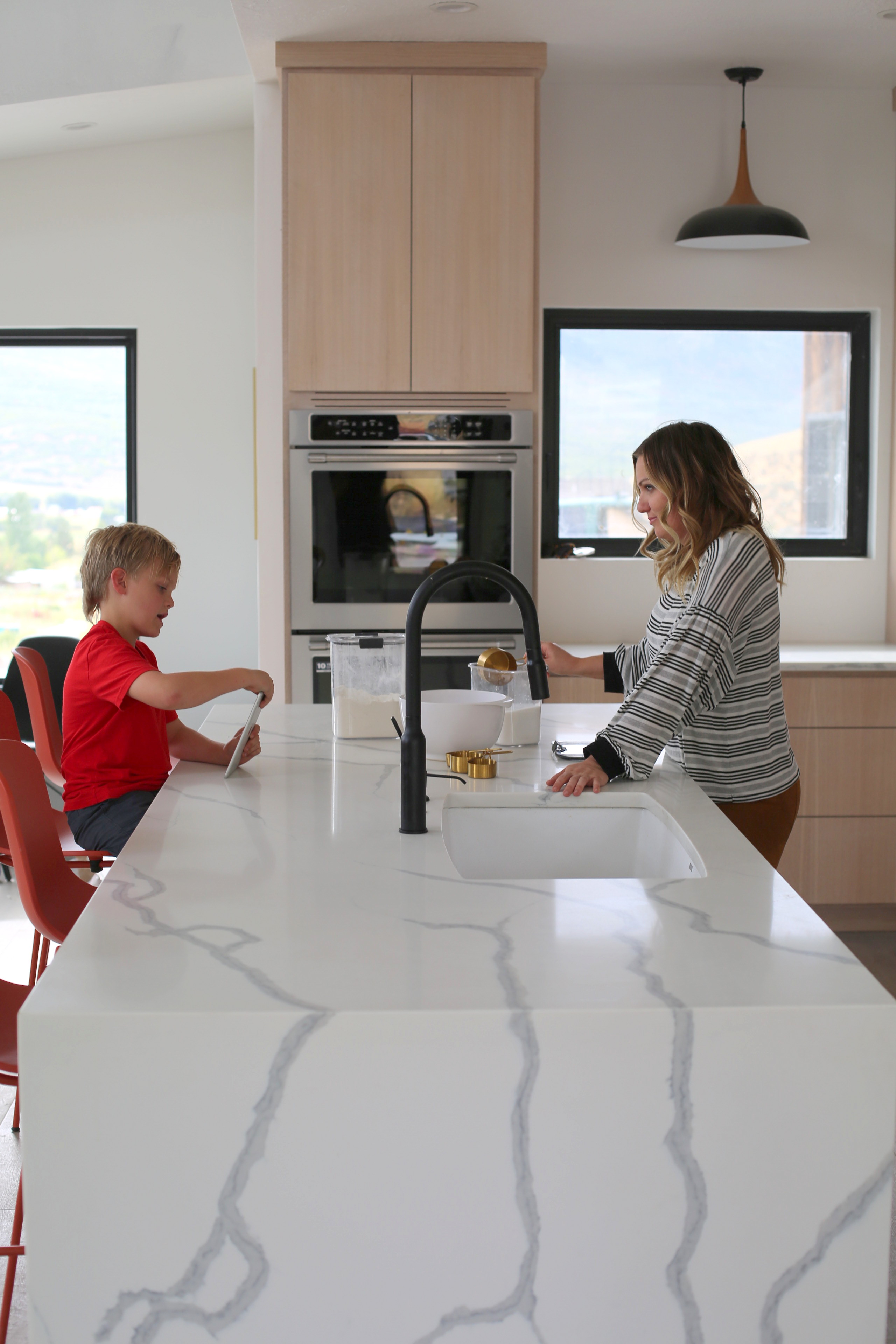 #2 How are the boys doing with the move? You guys are so sweet to ask!! I went with the public school option after the biggest inner wrestle of my life. But two things tipped the scales. First, I found out the bus only does our small town so it’s about 20 ish minutes to school instead of 40 or longer like I was anticipating. PHEW! Second, most of the kids that live in our town go to this public school. Since we’re already pretty isolated out here I felt like giving them the most access to the kids that are close by was the best choice. As I type this the boys are currently playing with two other boys from our town that they met because of the bus. That’s a win for sure. It is also the school where most of the kids at our church go as well. I went to a private school 2nd-6th grade and have a lot of memories of feeling left out at church or neighborhood birthday parties because I didn’t know them like they knew each other, or their friends from school.  I am not convinced it’s the better school choice, but I think it’s the best overall choice for us considering all the factors. 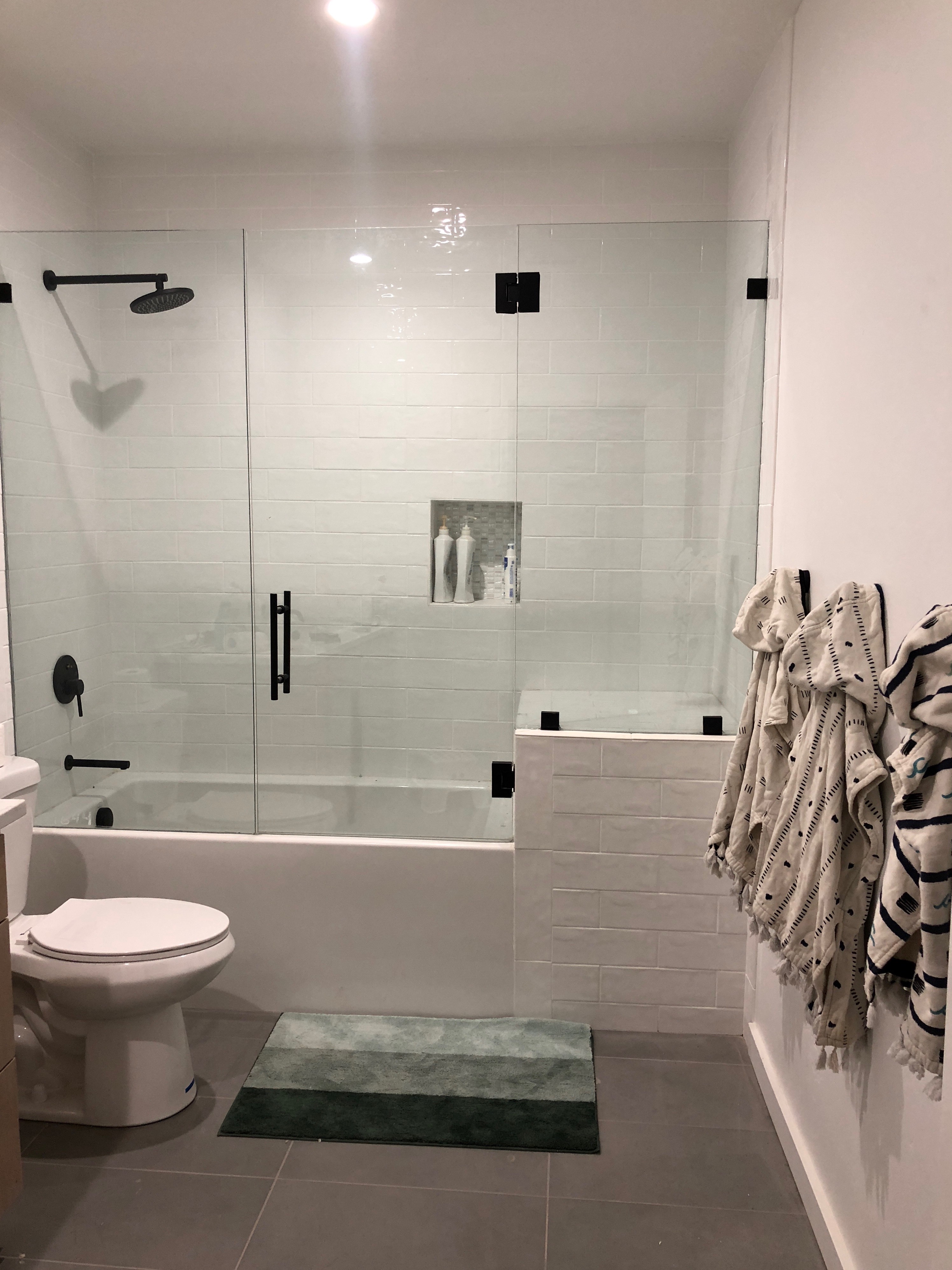 #3 How are the boys doing in the basement? SHOCKINGLY, so good! I was prepared for the worst, but I am so happy to say that they’re sleeping better and falling asleep with zero drama and haven’t been to our room in the night once. Cal is a night owl and Hayes is an early bird and it caused a lot of issues. So now Cal can take some time with his light on and Hayes is out cold in seconds. Cal sleeps in while Hayes is up and at ’em early. So relieved! Raleigh is a little harder if he wakes us up in the night and it’s the farthest occupied room from our bed. Ha. Can’t win ’em all! For those of you debating it in your home — if sharing is effecting their sleep I’d say do it. If you’re worried about them being in the basement or far away from you, try it out and see! So glad we did! 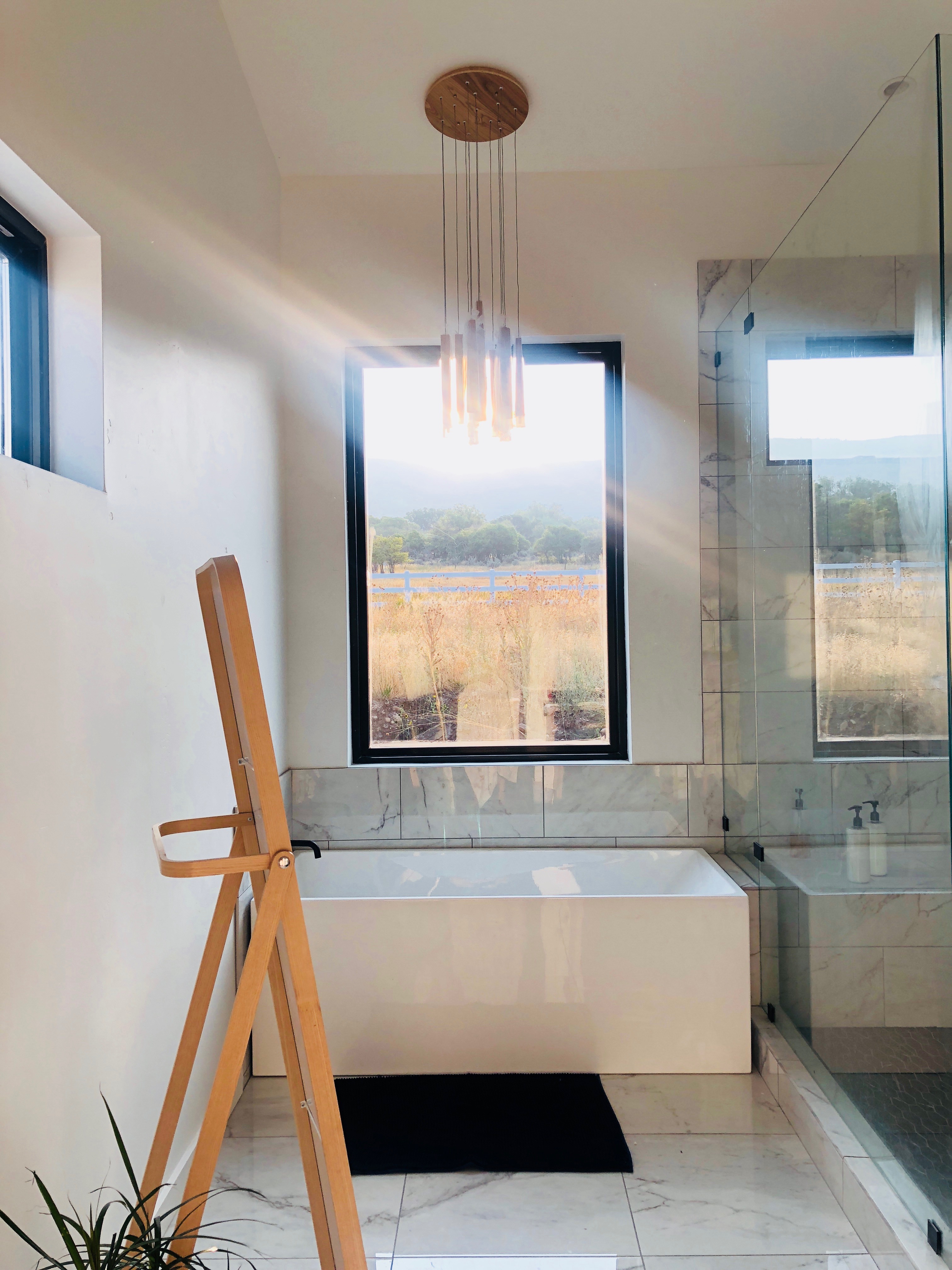 #4 How do I like it? Truly loving it. If the house burned to the ground and we had to move I would feel like living here for three weeks was worth it. It has been so rewarding for me, for our family, truly a beautiful almost sacred experience. Maybe one day I’ll figure out how to say what it means to me! The women nearby have been so amazing and attentive. I found a High Fitness class across the street from my kids’ school (!!) So twice a week I can drive them to school and hit the class with Raleigh in tow. He gets to be around little kids and I get my favorite work out! It ended up being an old work friend of mine that teaches the class — so funny and I can’t deny how well it worked out. I am seeing these tiny miracles all over the place which makes me feel like we’re in the right place at the right time.

If I feel lonely (which has happened for sure) I plan some errands and go down to Provo and even our old city a couple times a week and Russ is down everyday for work so that makes it great when I run out of something, but don’t want to leave! I can see how doing longer drives everyday would wear on me so I try to space them out! Also, so far I’m cooking 100% more than before and stoked about how much money we’re saving!

Definitely feeling so blessed to finally be here, in this house, and reunited with Russ. We hardly saw him for the last year and everything just feels right and like hard work is paying off.

Watch the kids use the house the way I had hoped they would is so rewarding for me! Reading in the loft, swiveling the chairs to watch TV (hahah!) running around in the Rowdy Room, daydreaming out a window or even watching them unload the dishwasher. It’s all real, tangible evidence of so much thought, effort and of course Russ’ work.

You all made this process infinitely more fun and carried both of us when it felt like we might lose it. I read him your amazing comments when he was down and I’ll never forget the kindness we’ve been shown. Thank you so much!!

If you have any questions or things you want to see specifically let me know! I’ll just keep showing things as they’re ready and once we get things photographed I’ll have a full tour soon!!

Carpet- We got it at Carpets America and it is Tuftex by Shaw. Apparently it is exclusive to certain stores but it’s blue with a soft light blue/grey plaid through it! // Chandelier

We Don't Eat Our Classmates