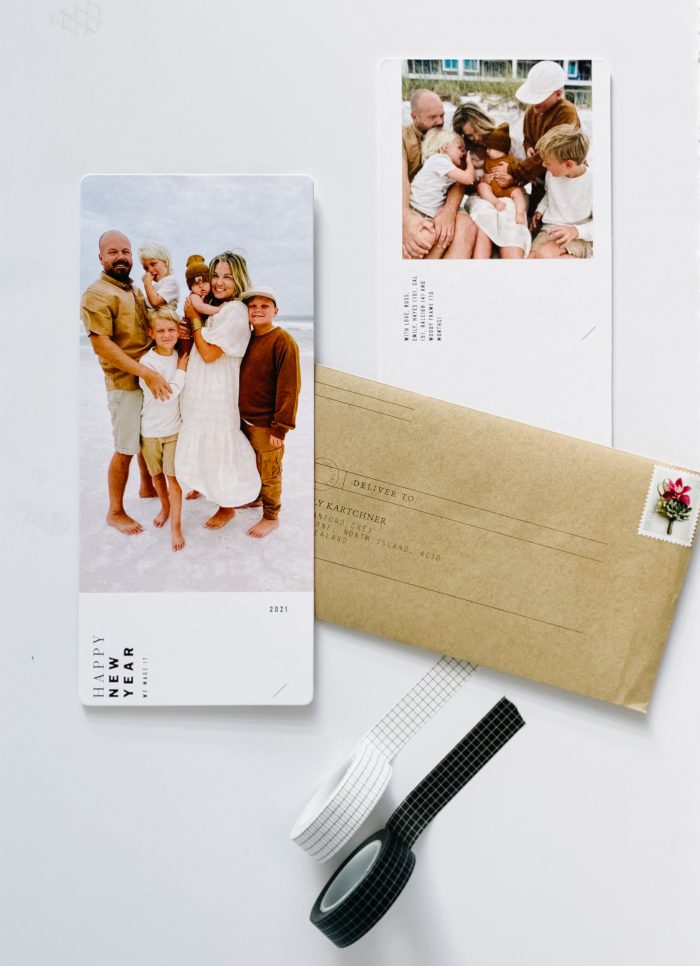 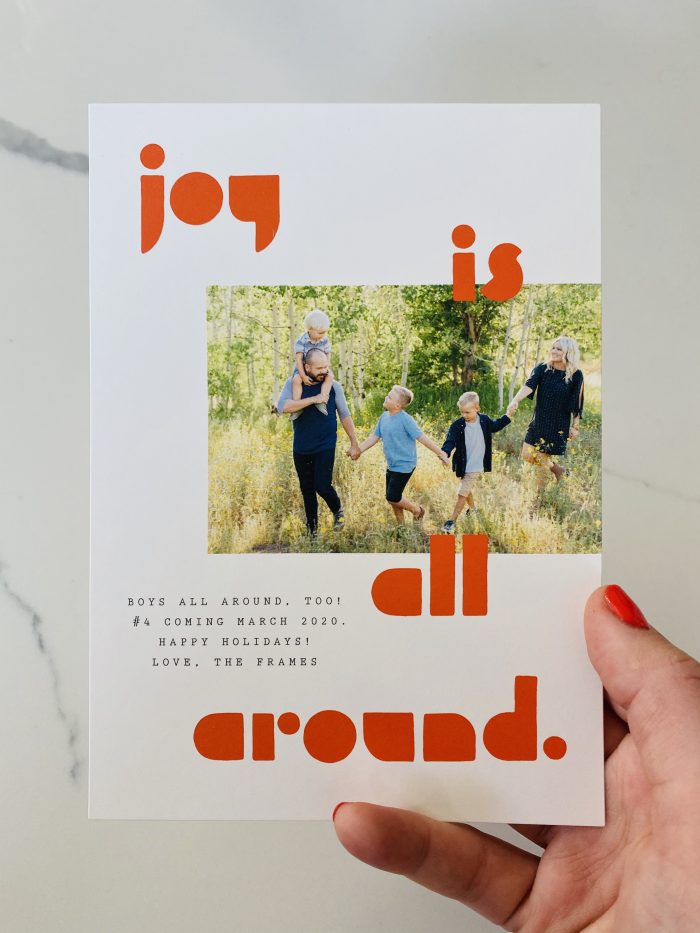 2018. All I wanted was to share a picture of us in the house, I will forever cherish these! Our first real family photoshoot here! 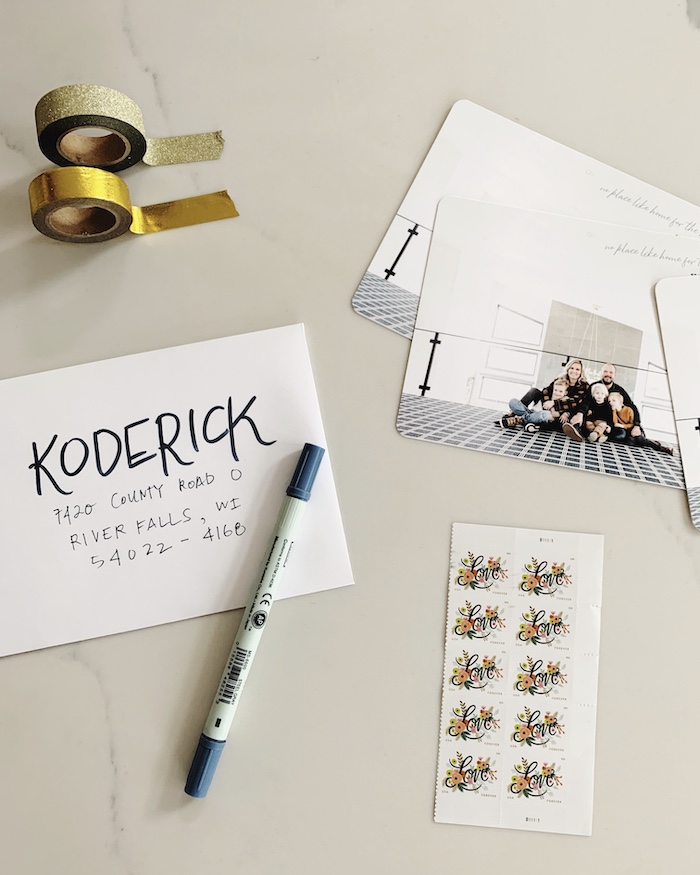 2017 – one of my favorite pictures of our family of all time. Captures everyone so well. Cal looking perturbed and in his own world. Raleigh happy as can be. Hayes taking care of Raleigh. Russ and I have actual bliss on our faces and that’s priceless. 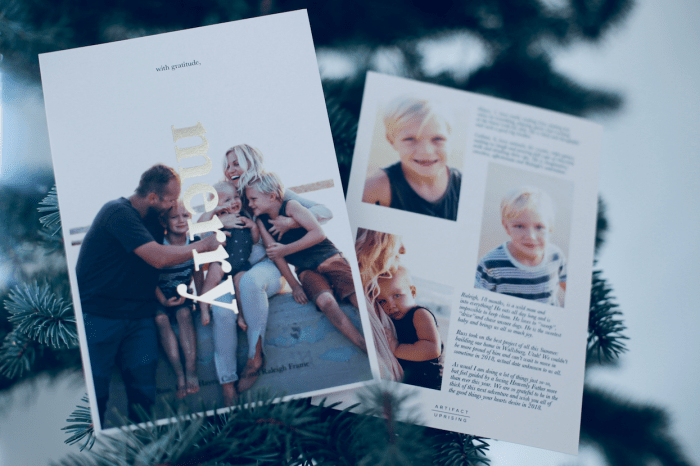 2016: Sweetest Nicole shot these for me in her studio. I think she was super sick at the time, too. But always so generous and insisted. She has shot so many photos – thousands – of us over the years and I will always be so grateful! 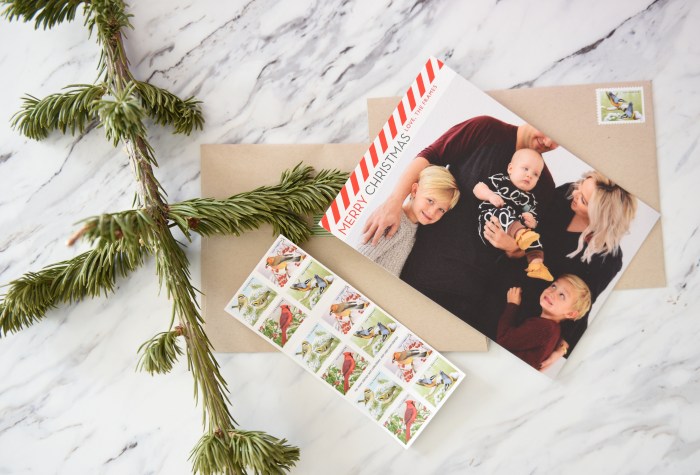 2015: I don’t know why we never shared these on Small Fry but another one my all time favorites. And how we announced our pregnancy with Raleigh! This photoshoot was FREEZING and windy and I had overnighted those huge colored smoke sticks because I had seen a shoot that knocked my socks off that I wanted to recreate. It was so windy the smoke would get blown away before the photographer could get any worthwhile shot. Best laid plans, right? We drove hours to this sand dune the day before we were leaving our kids to go to Europe for our 10 year anniversary and I didn’t know at the time of the shoot but I was pregnant! So much going on but I love looking at this shoot and knowing Raleigh was there all along after so much time and heartache. 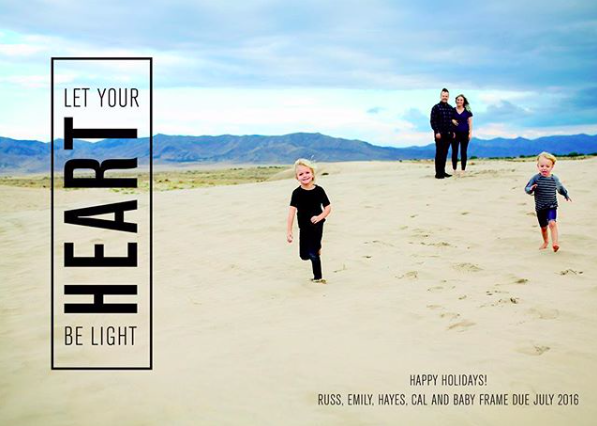 2014: (Ironically I found out I was miscarrying maybe an hour before shooting these photos. It’s not funny but the card sort of is. Happiest season of alllll!) the card just kept going and going and going so enormous! I think I got teased a few times by family members, but it looked so expensive and I was stoked. It’s funny what’s important at different times of your life. 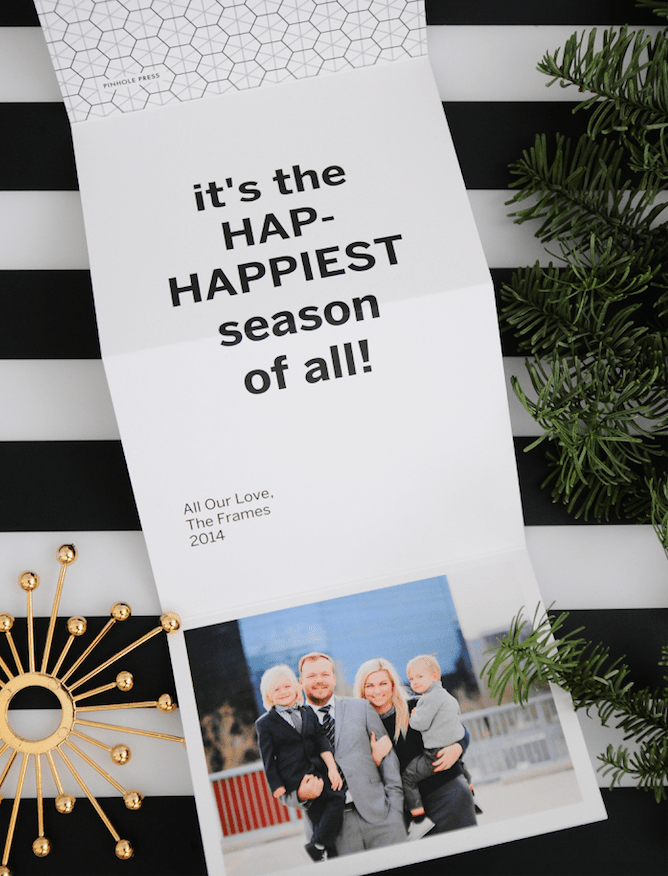 2013: All I can say is: GO ME! A full ombre calendar (Bri @collectedblog designed) I scored and folded and tied a wallet size pic on to it? And then addressed tiny envelopes?? I don’t know that girl anymore. Ha! 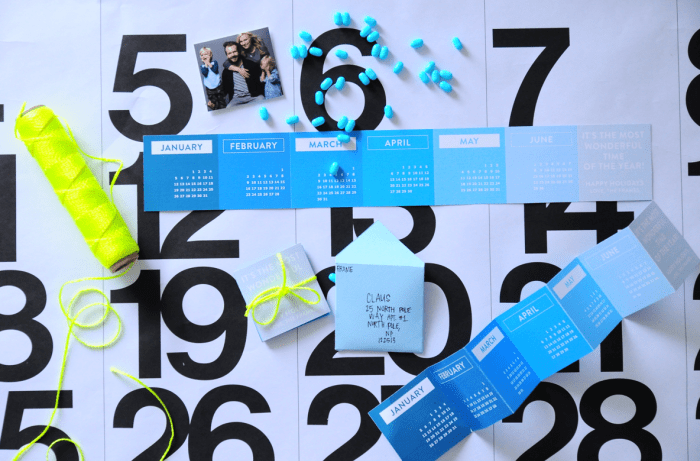 2012: Maybe my favorite card design ever. Bri designed it and it was a “year by the numbers”. So fun! We took these photos literally steps away from the townhouse we ended up living in all last year. We had paper wrapped sandwiches and San Pell sodas and this was by far the most “staged” shoot ever. I can’t say we ever drug a couch to a field but this is pretty close. 😉 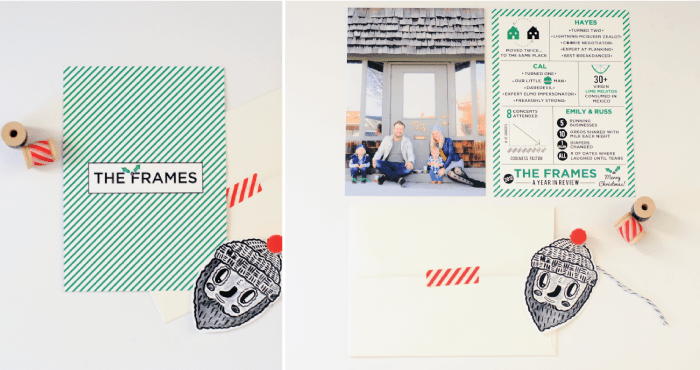 AND! Never before seen cards from years before Small Fry!

2011: We went to a studio photography place and it was in the height of my personal blog Ruffling Feathers. I got the shoot for free and was thrilled. This photo really gives me the feels on having two babies at once. It was not easy but it was such a sweet time for me. Wish I could go back and enjoy it a little more. 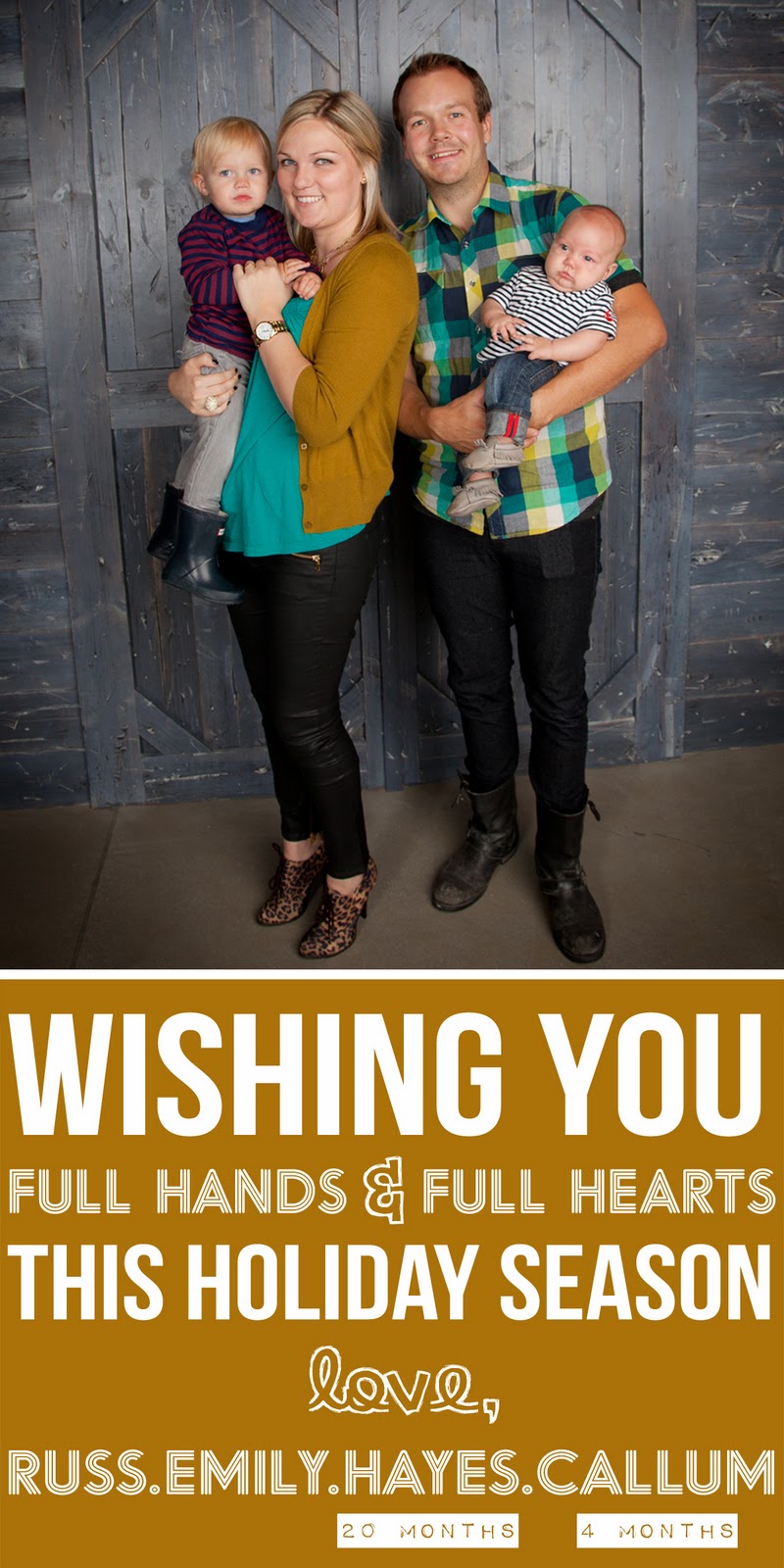 2010: I remember thinking I was so freaking clever with this one. Such a dork. I made this by myself on Picasa and it took FOREVER (still use it to this day.) We were fancy on top and cozy on bottom and I set up a tripod and had the whole thing art directed down to the smallest detail. Who knew it would be my job a couple years later.

2009: Pregnant with Hayes! I take it back THIS might be our most staged. I had my sister do finger waves for me. I had leather gloves, a string of lights. Candy cane shoes and a tutu. Go Em Go. 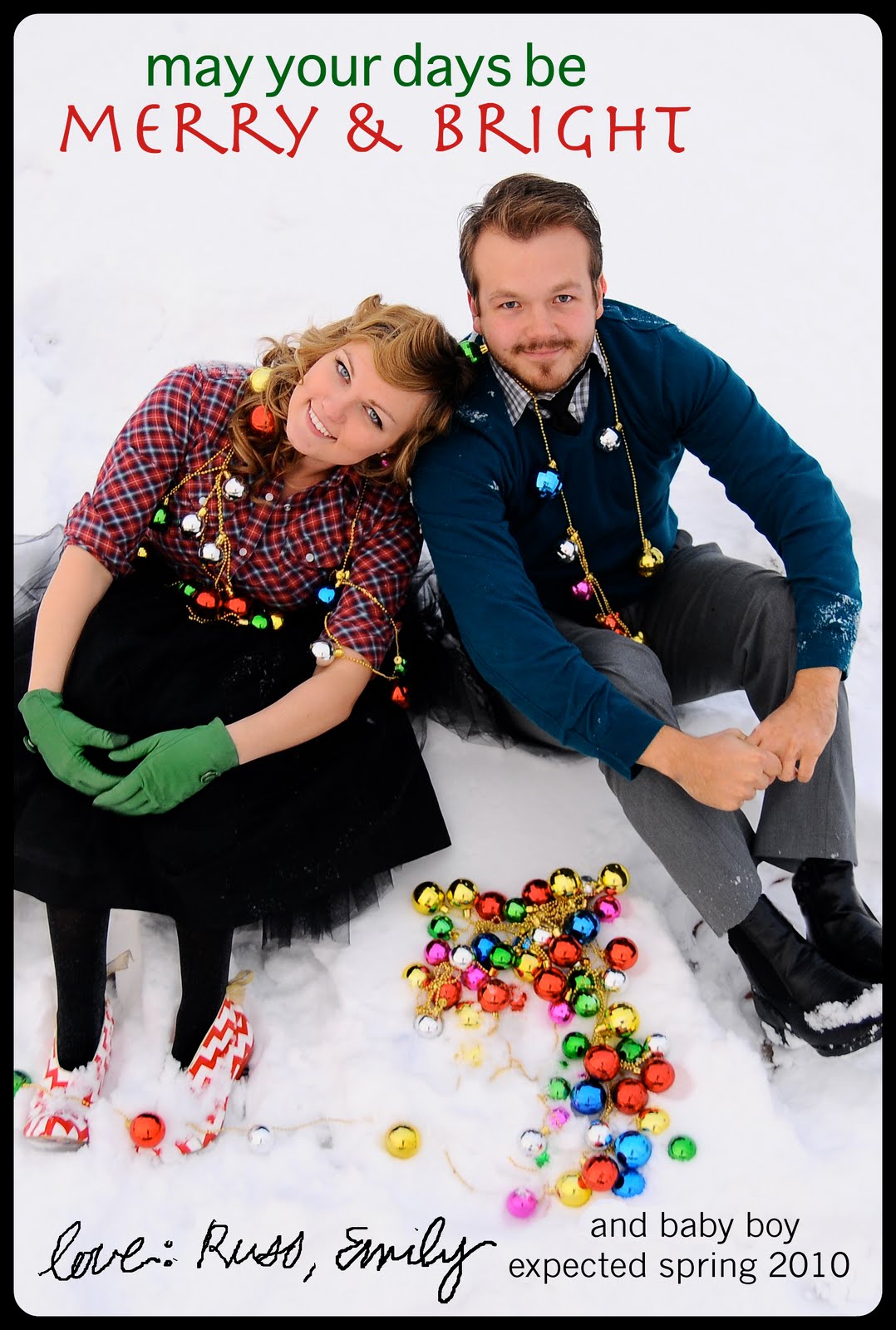 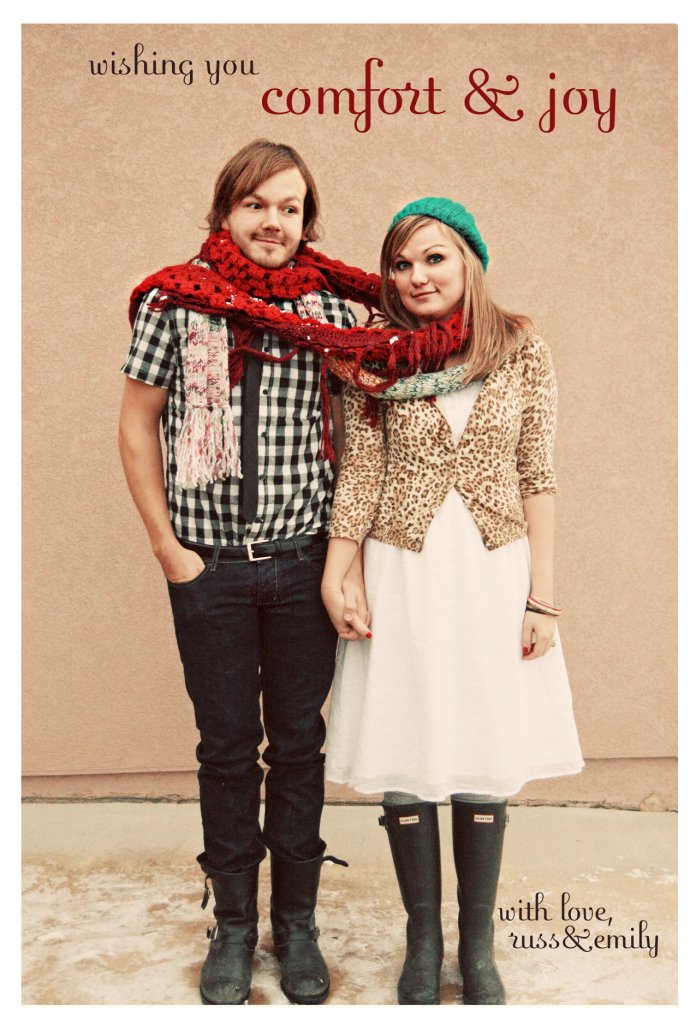 Welp, I wonder where I got this inspo?? 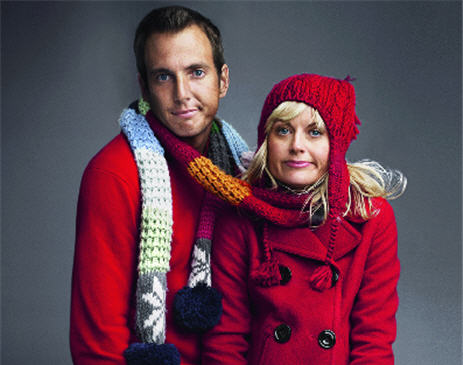 Happy 10 years of Christmas card shenanigans to me!! If you share your old ones I want to see! Tag #ChristmasCardTBT

tried and true gifts for boys