Are your kids on the Jeff Kinney train? I have loved watching both my boys with very different interests, personalities, and attention spans LOVE the Diary of a Wimpy Kid books! Jeff Kinney just released a new angle on the Wimpy Kid series — from Rowley’s perspective and we’re thrilled to share it with you in partnership with them and ABRAMS Books! 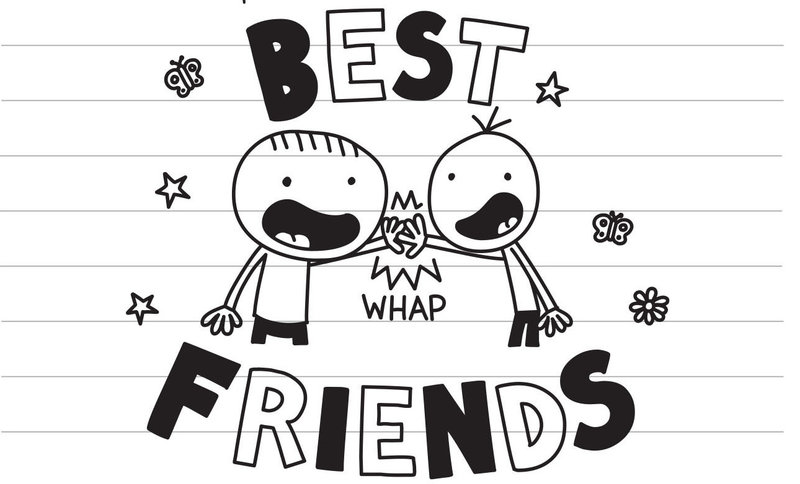 Both my kids agree that Rowley is their favorite character in this series, so they were so happy to see a whole journal devoted to Rowley– from Rowley’s perspective. You still get all the antics of Greg since they are best friends, but with that lovable Rowley spin. 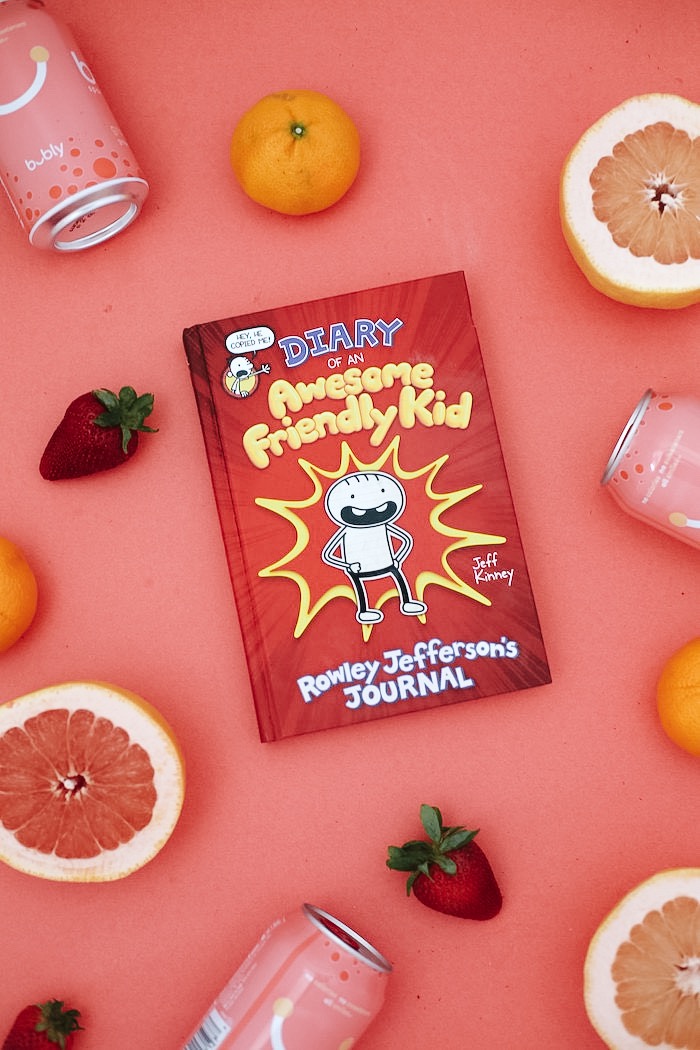 Cal is my tough sell on books! It’s been harder to get him to pick up stories on his own, but he has chosen to read this story each night with his dad, brought it to Hayes’ endless baseball games, and read it during quiet times each weekend! 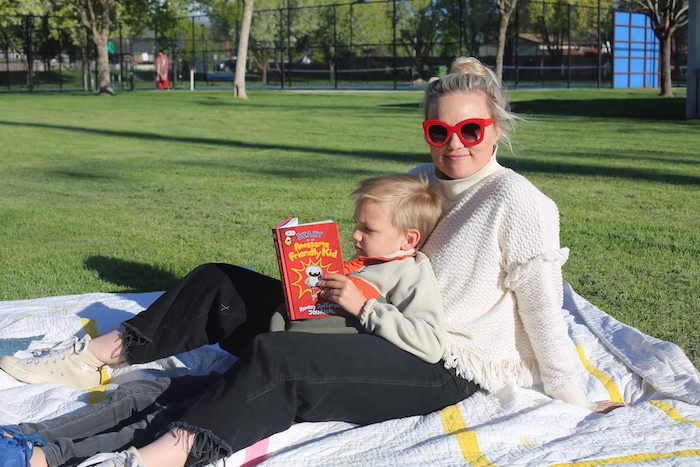 As someone who loves books, and the way they’ve shaped my own personality, ethics, and sense of empathy, it makes my heart soar! I’ve been so proud watching Cal, who is a little bit more of an introvert make so many friends this year at a new school. I remember the first day of school, I met him at his cafeteria and brought him his favorite lunch. He didn’t know a soul, and I ate lunch choking back tears worried about him and hoping he wouldn’t ever have to feel alone. I gave him the goal of being kind to every kid at school and finding someone new to talk to each day. Each day after school, we’d talk about who he had met that day, and I loved getting to know his classmates through his interactions as well! His teachers commended him on his friendliness and even said he was too chatty sometimes (hey I’ll take it!). I’m so grateful he was willing to be brave and friendly this year! And grateful for awesome, friendly kids at his school who welcomed him, too! 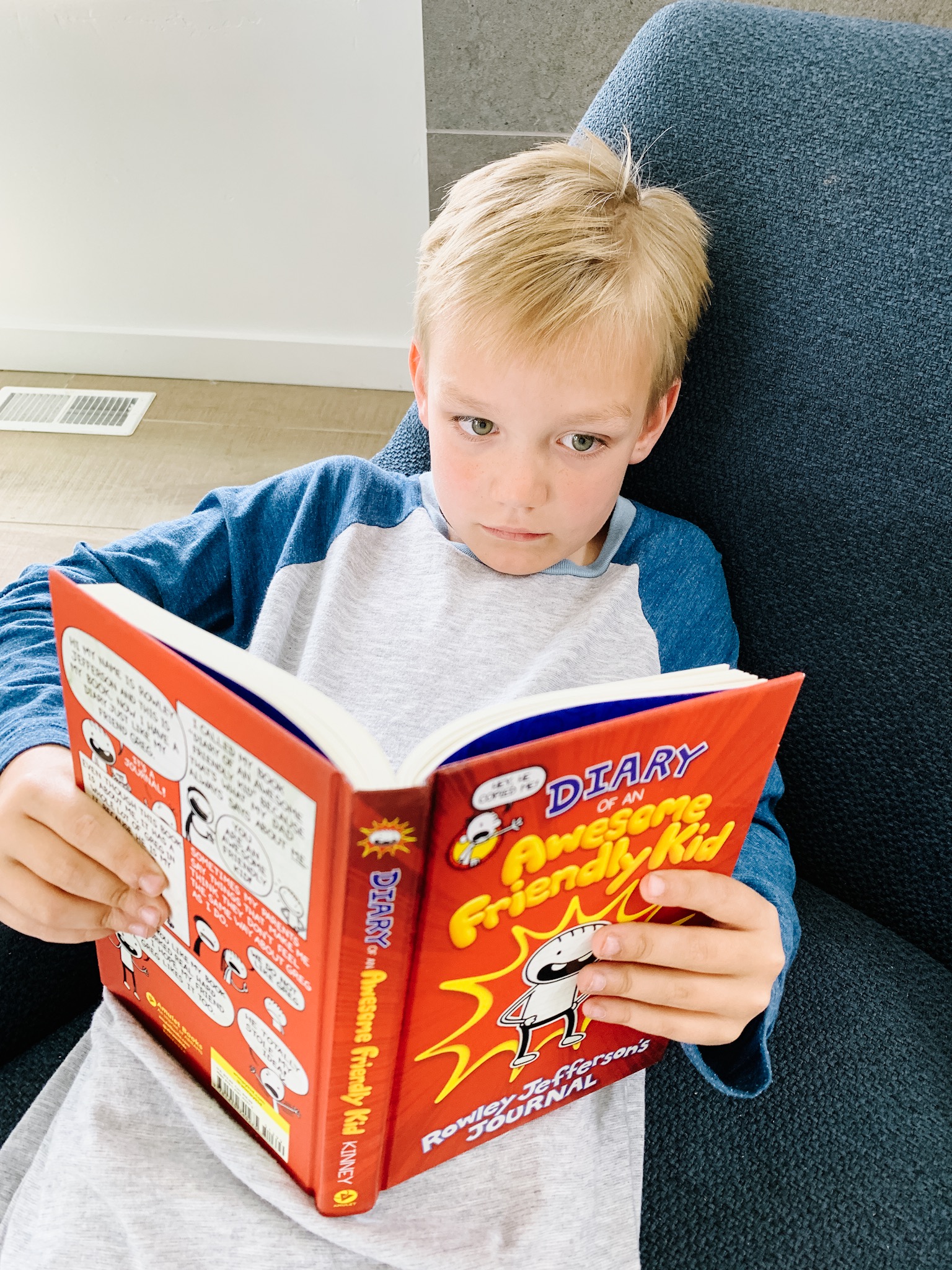 If you’re new to the series, Kinney weaves cartoon line drawings through short journal entries, filled with humor and personality — these characters come to life for my kids!

Depending on your kids’ reading interest and levels, we’ve been at this since Hayes was in Kindergarten, Cal is in 1st grade and just started to get into them! I see 6th graders pouring over them, too! I love that it’s for everyone! You can grab a hardcover copy for $6! Also keep your eyes out for the 14th book in the Diary of a Wimpy Kid series out later this year! 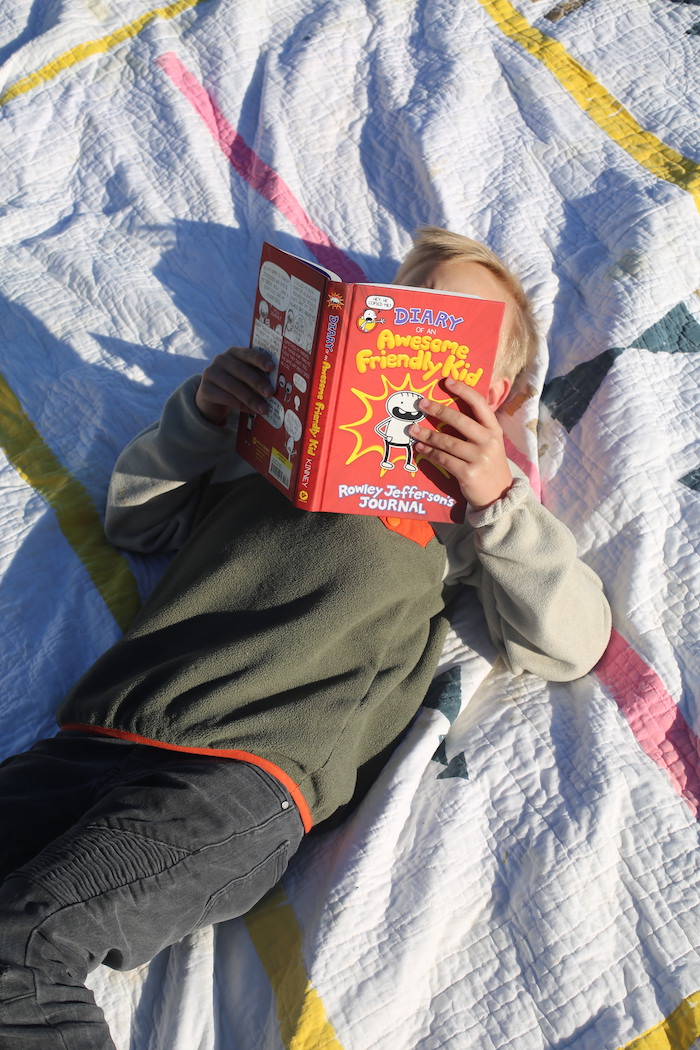