How is your kiddos’ summer reading going? With the holiday we hardly had time to think let alone read, so I am happy things have slowed down a bit! To get us back in the swing and back on track with our reading goal of finishing the Percy Jackson and the Olympians box set we had a whole Percy Jackson day! Starting with breakfast!

If you haven’t read it I’ll fill you in on this little inside joke slash piece of backstory! Percy doesn’t know his father growing up, but his mom has a grumpy new husband. He thinks he’s pretty awesome and loves to make arrogant remarks. One of which was that he was certain there were no blue foods. Instead of arguing with him she proceeds to bring home blue foods whenever possible. So blue food becomes a theme throughout and we took the challenge for breakfast this week. Want to see? 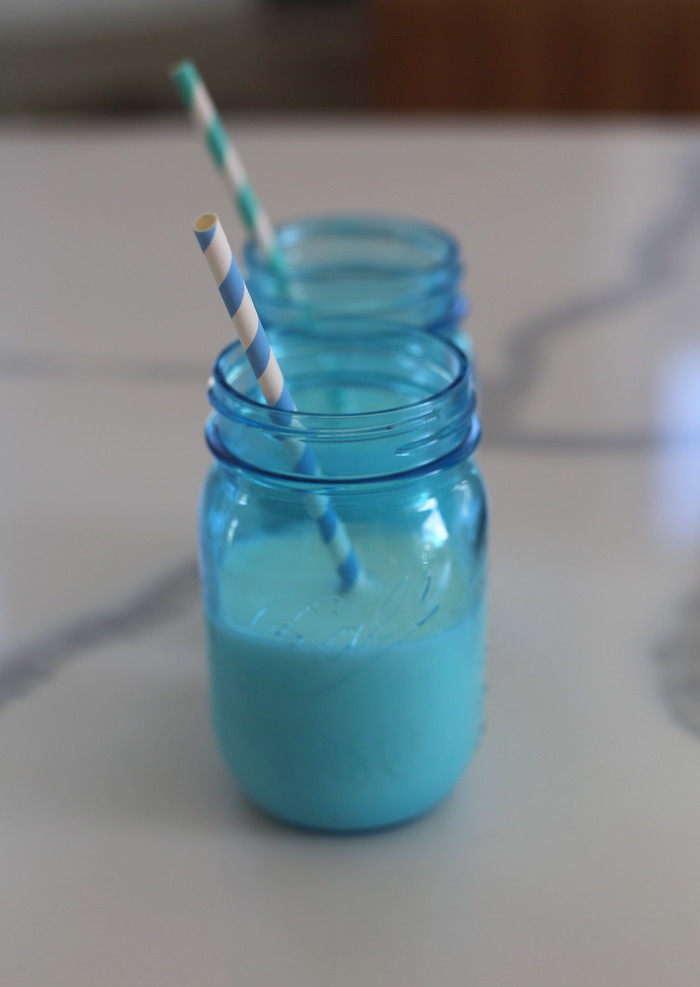 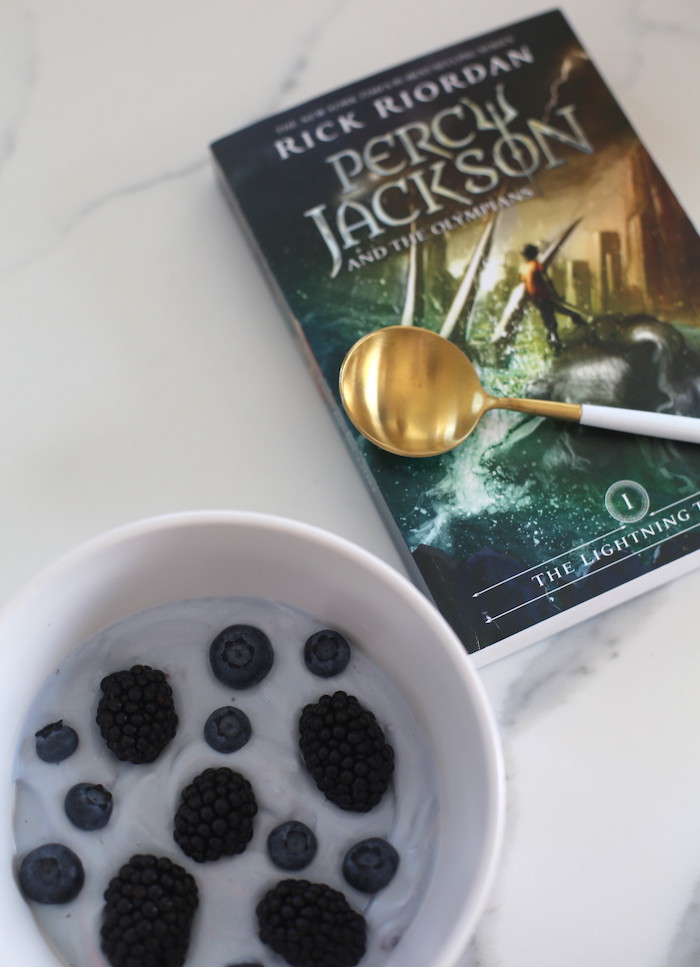 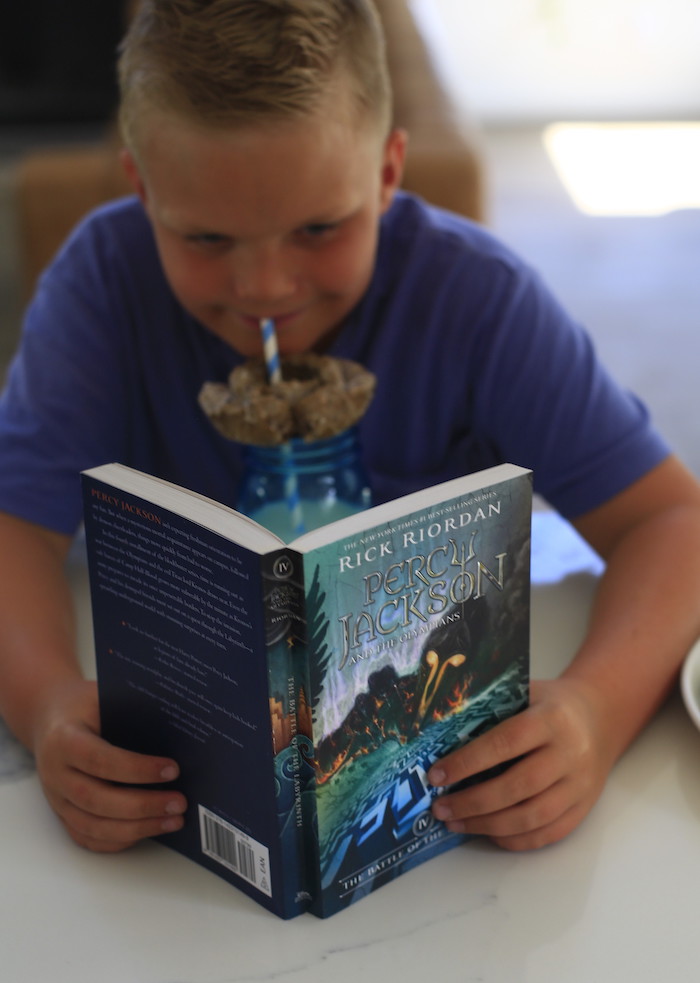 And one of Hayes’ favorite parts of the book is Camp Half-Blood — basically the summer camp of any kid’s dreams. There are 12 camp teams named after different Greek Gods and so the boys chose theirs and made their very special flags. Capture the Flag is a huge deal at  Camp Half-Blood so we thought it would be fun to play with our own flags!

Just have them choose their flag shape, create their crest and write their team name! Raleigh of course wanted to be involved with the scraps. 😉 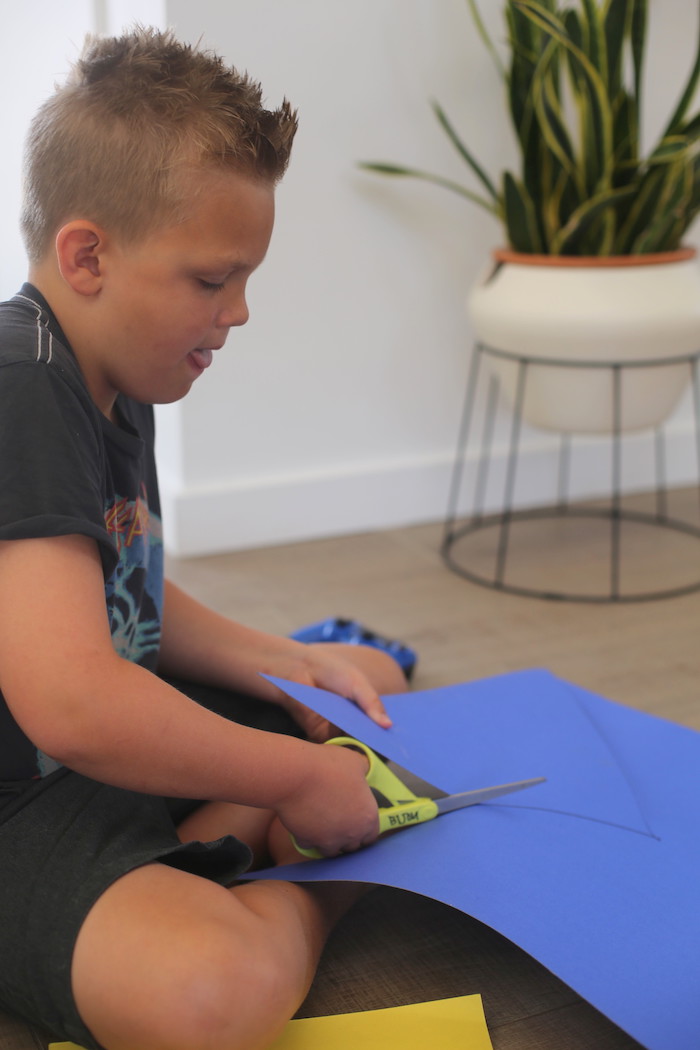 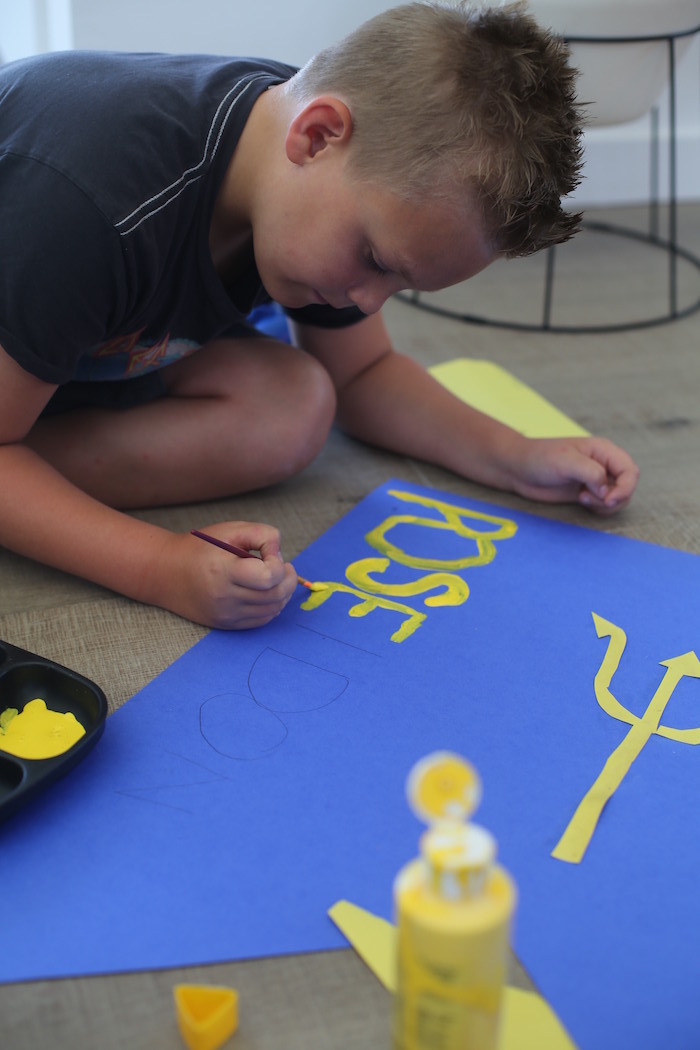 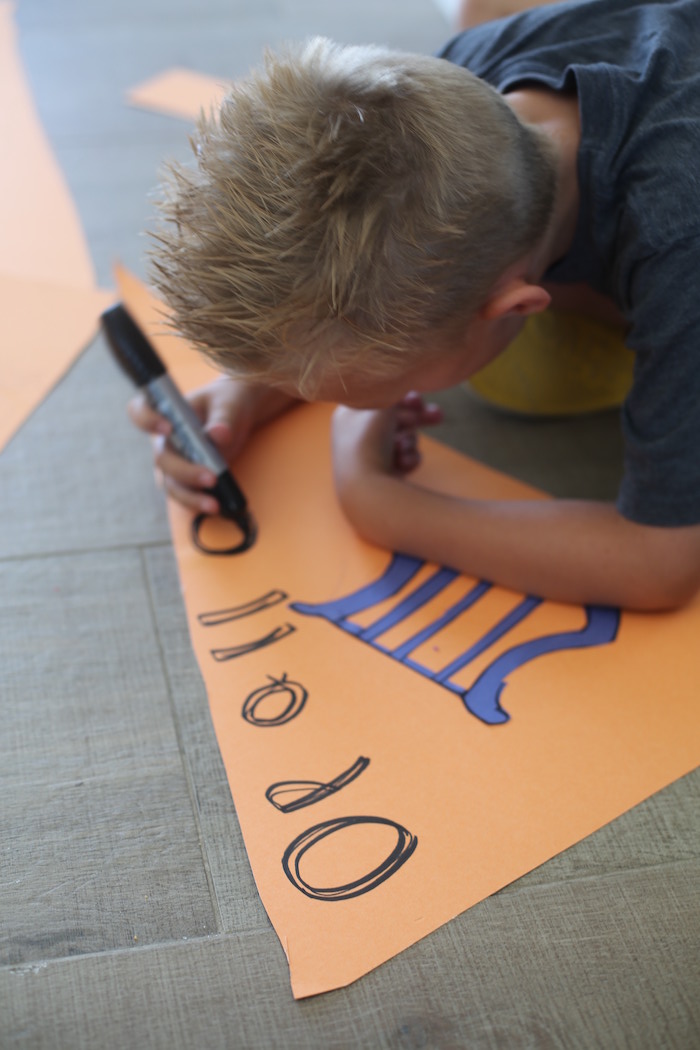 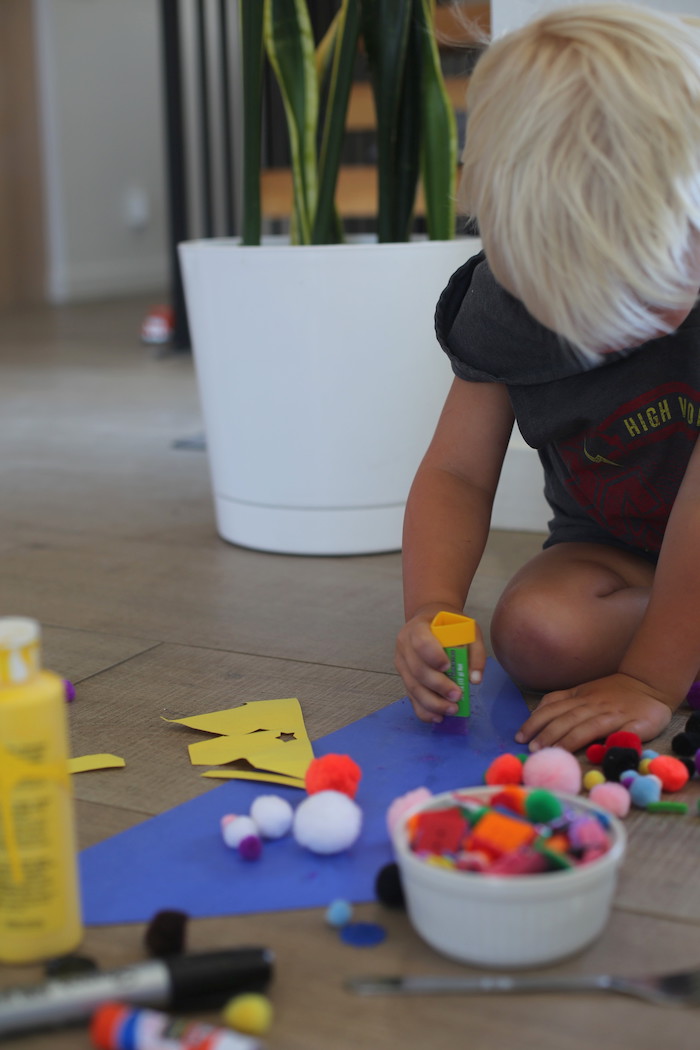 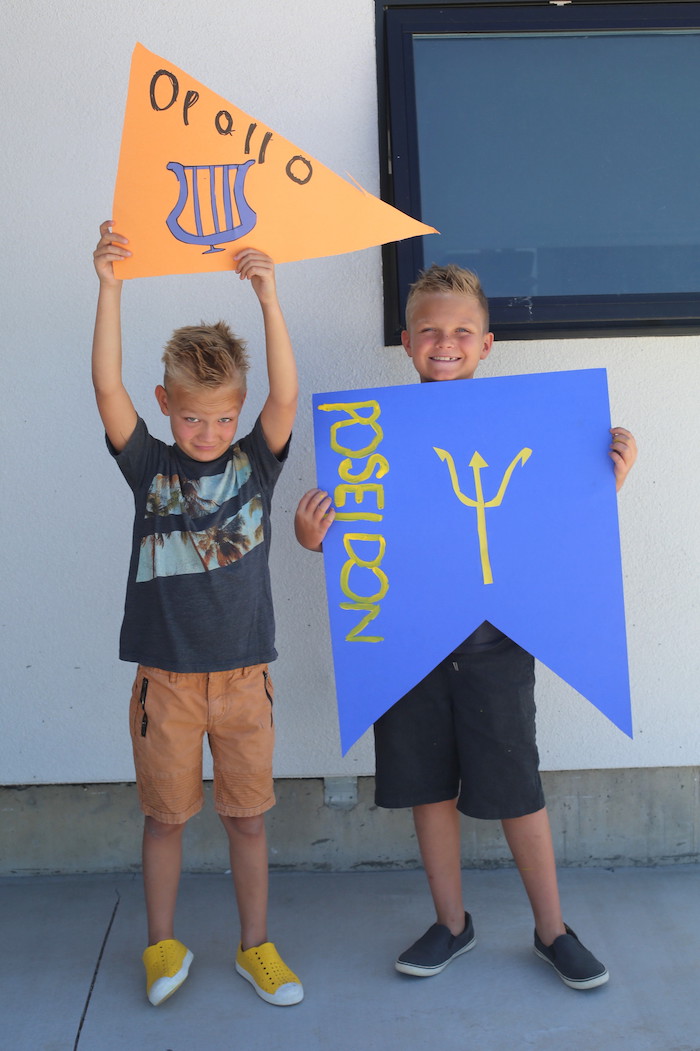 We brought our flags to the park and somehow realized we had never played before with the kids! Tragedy. But they loved it! 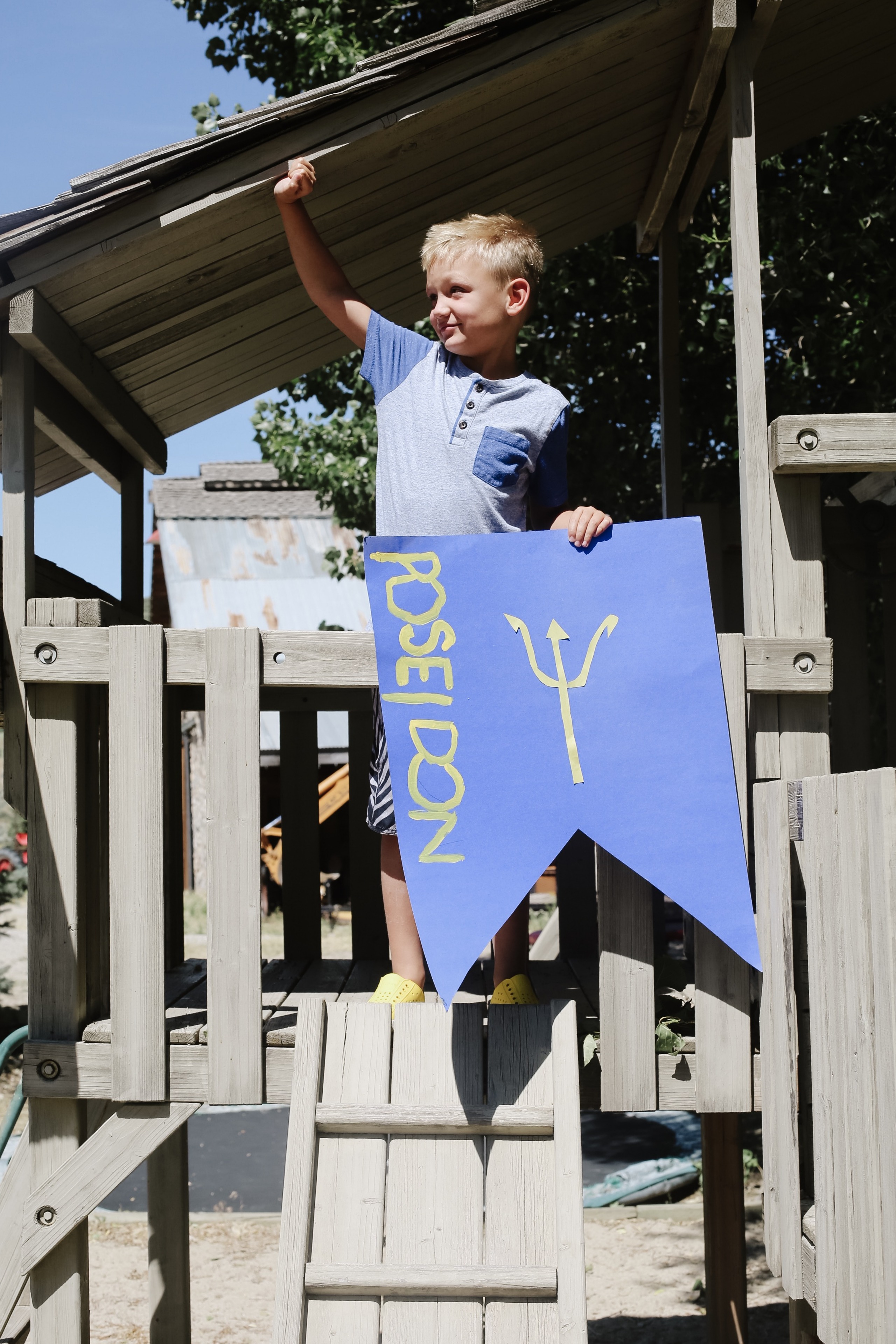 We are about halfway through the 2nd book so we gotta step up the pace to finish the series this summer!! You can grab the box set right here, it’s 30% off right now and $5 a book!