We read Diary of a Wimpy Kid: Wrecking Ball, the newest book in Jeff Kinney’s Wimpy Kid series, on our road trip for Thanksgiving this past week and suddenly, both Hayes and I were itching for a little room makeover! 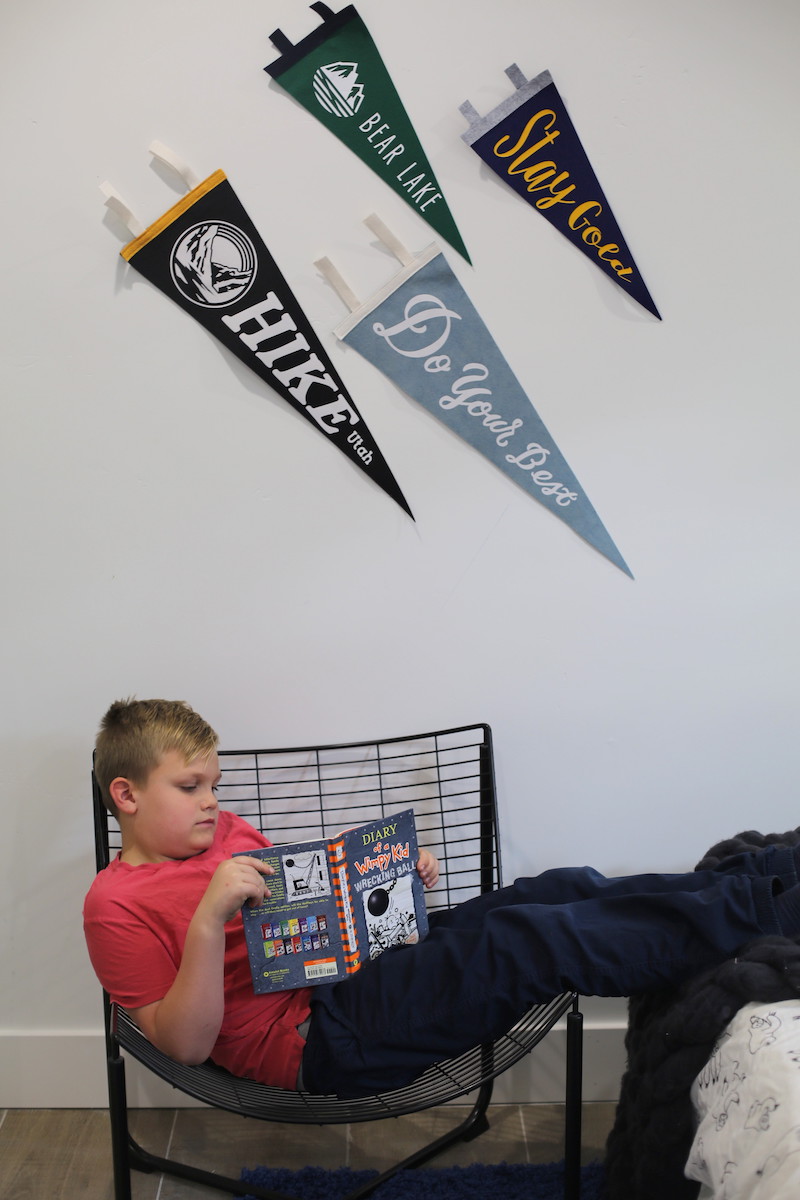 In Wrecking Ball, Greg Heffley’s family is given the chance to make some big changes to their house after an unexpected inheritance. But problems start to crop up – rotten wood, toxic mold, unwelcome critters, and something even more sinister – that make the Heffleys wonder if the renovations are worth the trouble. But no matter how many things go wrong and how many times they wanted to give up, the Heffleys kept going and, of course, had lots of laughs along the way. The story of the Heffley’s home renovations sounded so much like what we’ve been going through the last bit that it inspired us both to get to work and get Hayes back into a space he loves! 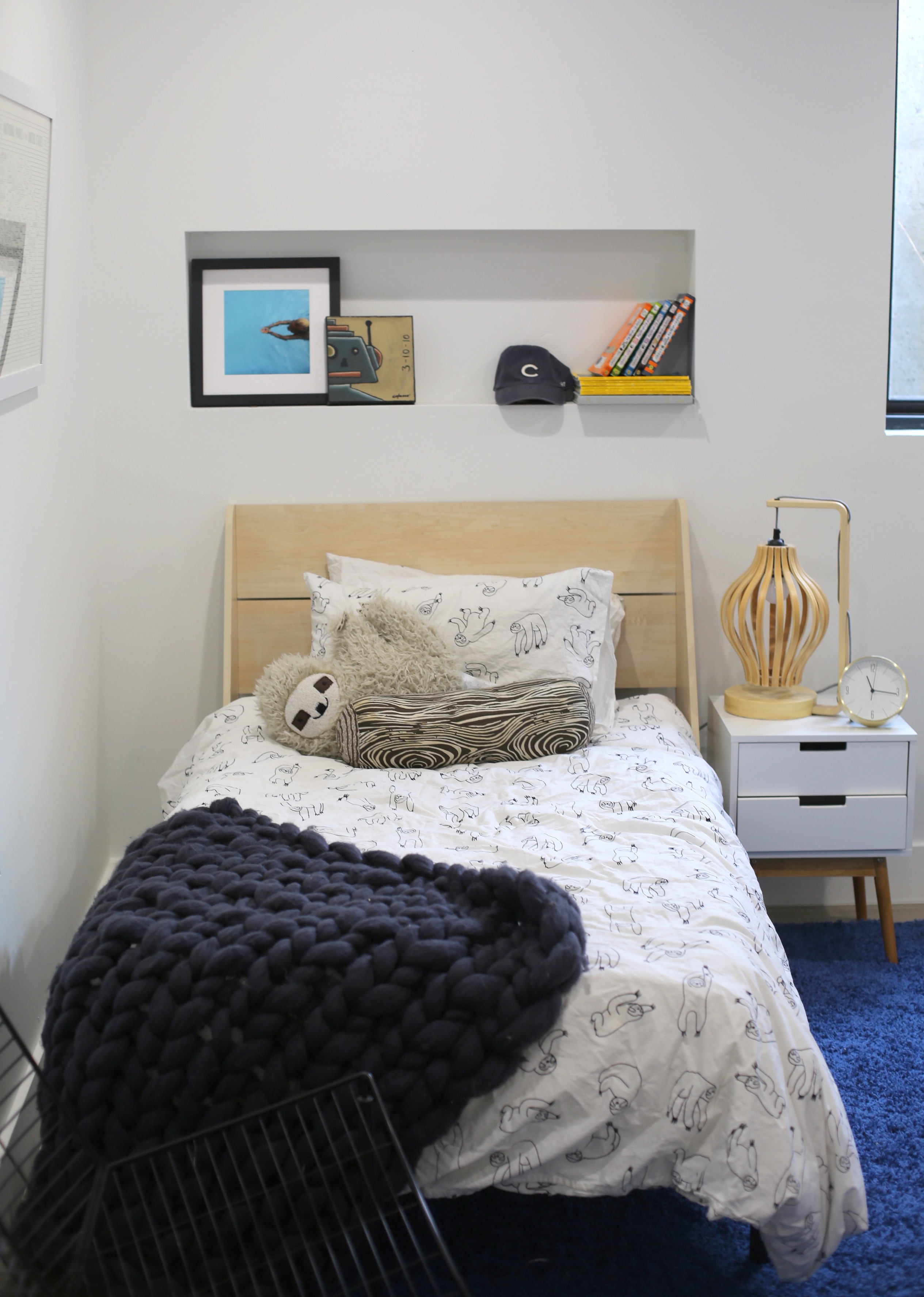 I haven’t spoken about this publicly because it’s been a complete disaster and was potentially going to be resolved in court, but we had a flood in our basement caused by a neighboring property a few months ago! (Cue sobs!) The water came in overnight and my boys slept right through it. 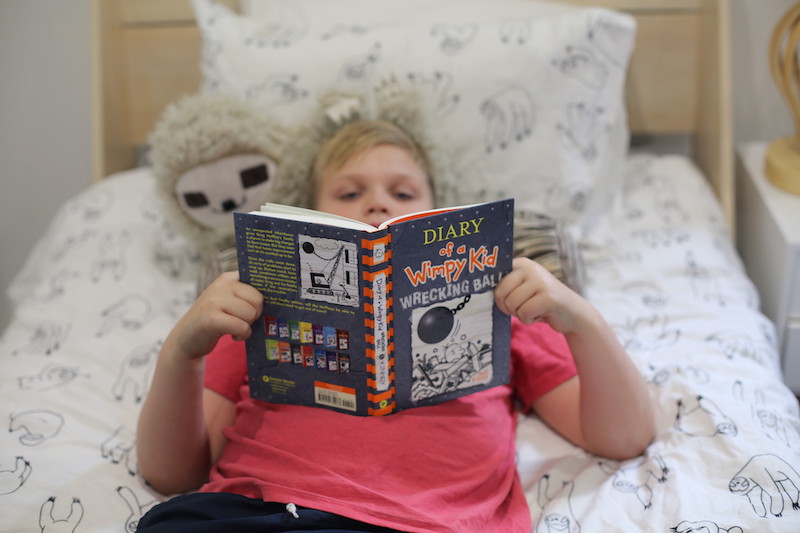 The Flood Response team estimated over 10,000 gallons of water came into our basement and it traveled all the way to Hayes’ room from the guest room hitting two bathrooms a laundry room, and all 3 boys’ rooms. LUCKILY we have tile so the damage (with the exception of the decimated guest room) was really just to the baseboards, drywall, and a few rugs. 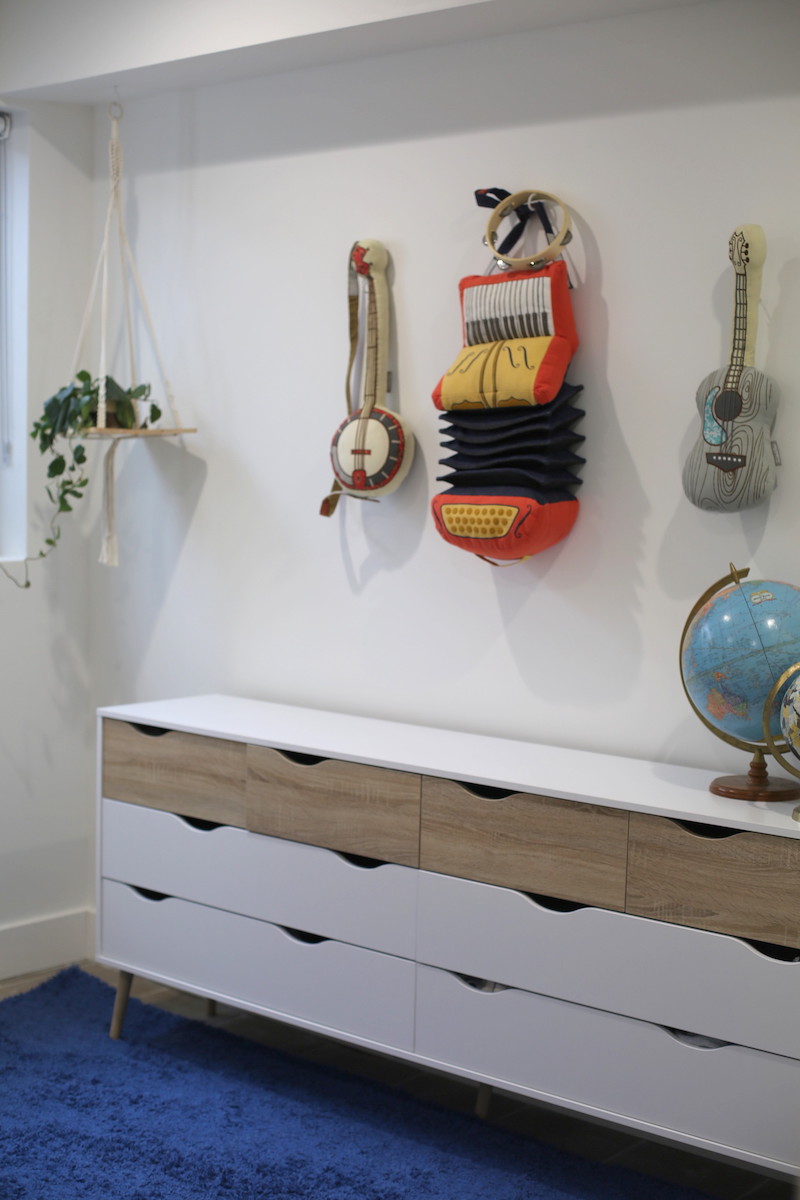 While we waited for things to resolve with the parties involved the boys were basically camping with all their belongings ripped out for repairs. They were such good sports about the whole thing, but now that our insurance has paid out, we can get things back on track. To celebrate we’re doing a little room makeover for each kiddo. Hayes was up first, and he loves his new additions! 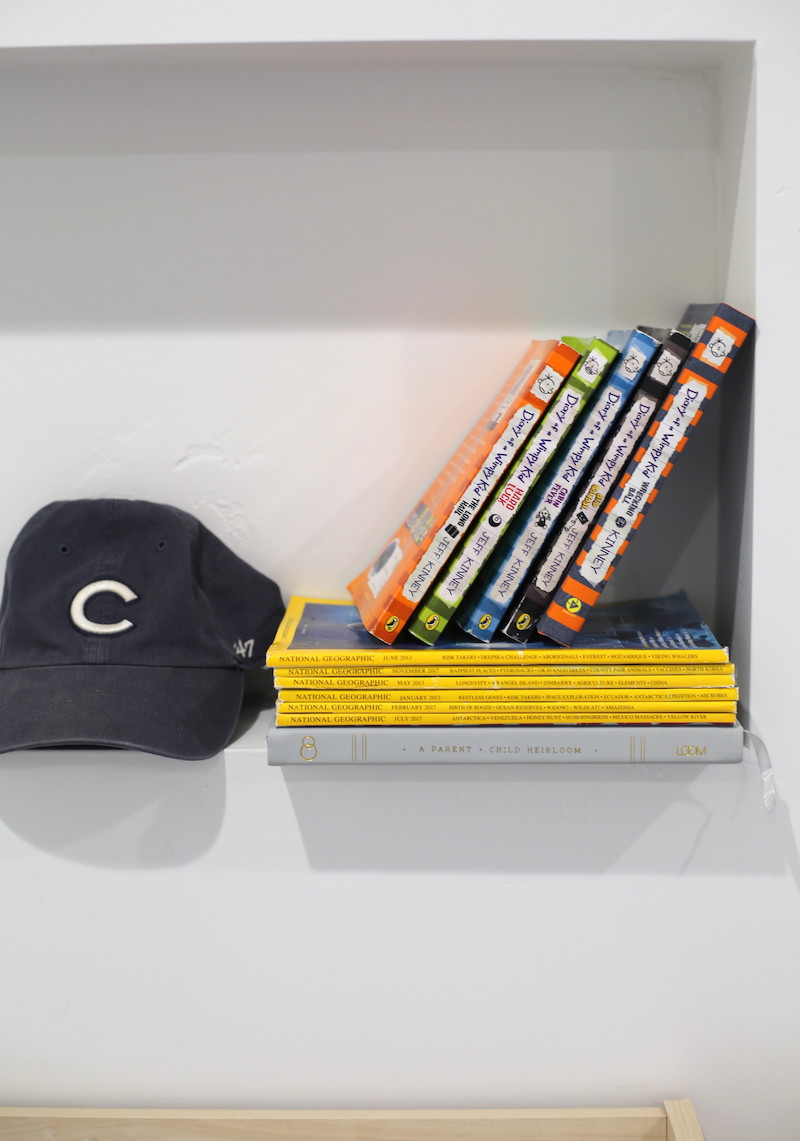 Another part of the book that inspired me was how Greg loved (hoarded? Ha!) his mementos from years past. He loved to stash them and look at them and that is JUST like Hayes. I haven’t had a good way for him to access those things until the book convinced me to figure it out! He now has a whole section of his dresser devoted to his artwork, pictures, schoolwork, and other fun things he can pull out and look through anytime he wants. 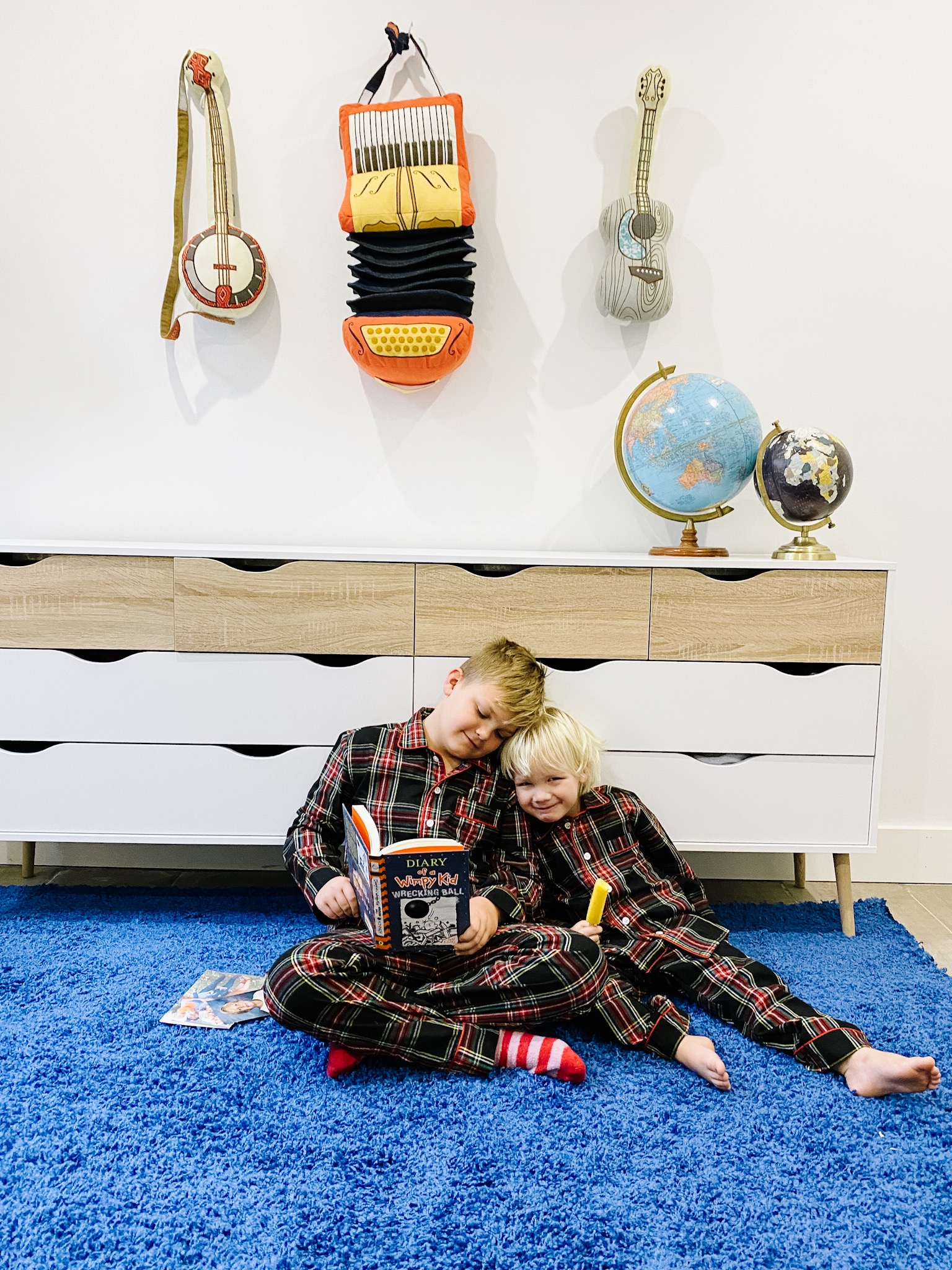 Now that his room is to his liking, he is ALL about planning our yard! Trampoline, dirt bike trails, tetherball, basketball court, pool, and lots of apple trees he can snack off of. I love seeing him dream big! Dirt hills are definitely doable right now with our grass-less yard! 😉 Hey at least it’s not a skating rink on the second floor a la Greg, right? 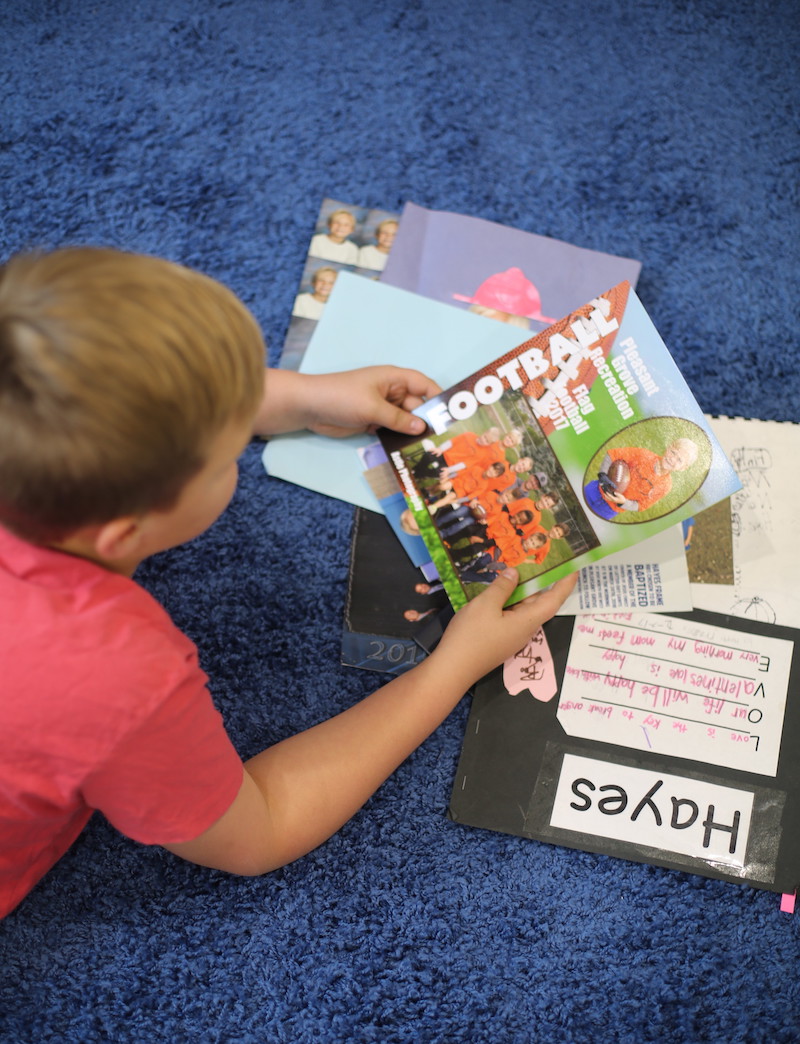 Diary of a Wimpy Kid: Wrecking Ball is in stores now, so be sure to grab a copy!

He holds onto my hair all day long, like his own l

So super happy with how this cladded wall treatmen

The Dagara tribe in Africa has a term— Yielbongu

Christmas Cards 2020. I wish I could send one to e