August has been a lot of bustling around, rocking babies, and sticking an AirPod in one ear to try and drown out some inner back-to-school anxiety. Surprise, surprise I listened to 8 books because of that!

I hope that now that school is in session (until it’s not) I’ll have more time to create content here! IN the meantime, I’ve been sharing a ton more right on Instagram and the LikeToKnowIt app, too! 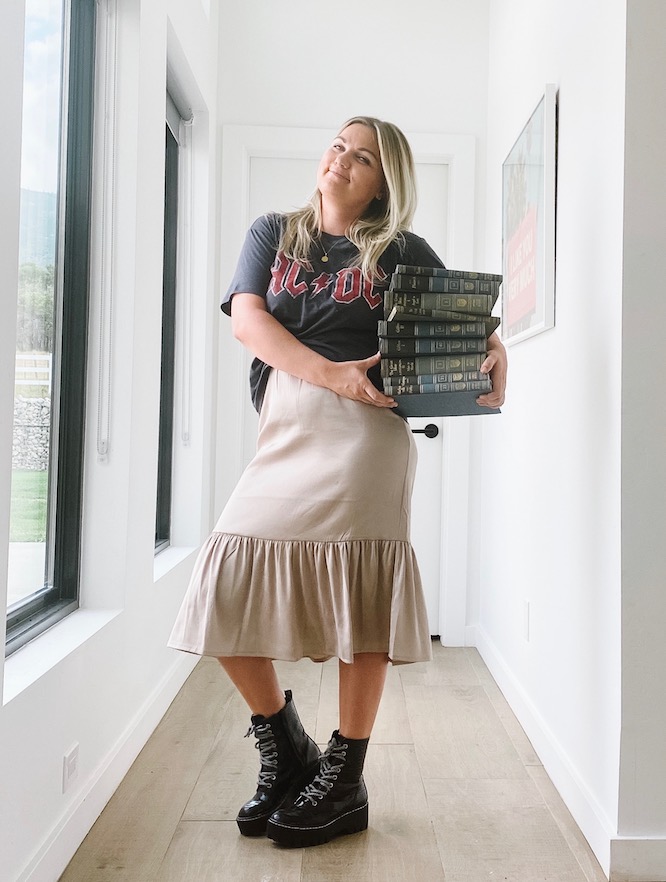 AND NOW FOR THE BOOKS!

I’ll start with my favorite and work my way down! 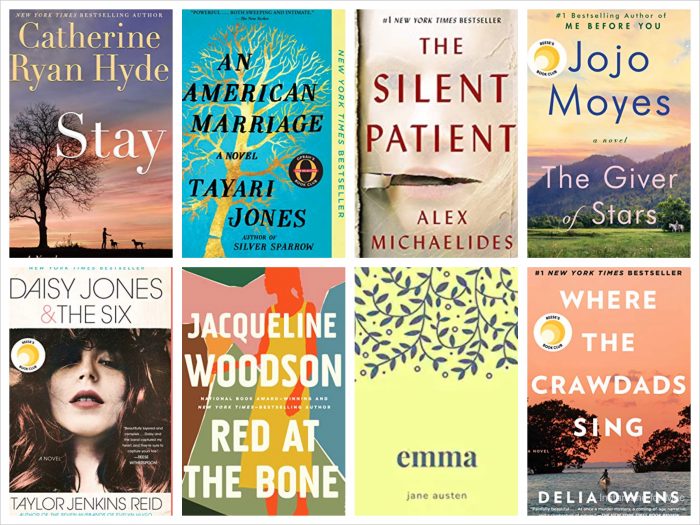 1. Daisy Jones and the Six — I hate to give this such a glowing review because it’s my bias 100%. But I couldn’t handpick my ideal storyline better, and I LOVED every second of this book. I read an article about the author and she had seen a moment on MTV between Stevie Nicks and Lindsey Buckingham (of Fleetwood Mac fame) and was certain they were madly in love– which they used to be decades ago!  I saw the band play several years ago and their chemistry is palpable, I was certain they still had feelings. Contemporarily, if you saw Lady Gaga and Bradley Cooper perform at the Oscars you know what I am talking about. Anyway! The author chose to write a fan fiction of sorts about them with all fictional characters! It has Almost Famous vibes, and if you love Rock and Roll and the late sixties, it’s the most indulgent, fun read. Audible version is a must I think, it’s quite the production. Lots of well known actors lend their voices and Judy Greer as Karen Karen is STELLAR. I read it’s got picked up for a movie or TV and I will be first in line. The cherry on to?  The ending is SO sweet, wholesome, and surprising. 5 Stars!!

2. The Giver of Stars — Another book with high praise from lots of friends who said it was the best book they read all year. I have to say I agree. Top 3 for sure for me. The historical fiction story of a group of Kentucky women who under the direction of Eleanor Roosevelt bring a traveling library  (and empowerment) of sorts to isolated mountain folk. Excellently written. Ideally, I would’ve preferred to have read a physical copy instead of listened to it because it’s so well done I would’ve loved to create the world in my head. With the audio version, I felt like the narration/directing of Alice was a miscast. And holy cow the Mr. Van Cleeve character made my blood boil. What a villain! It will make the most amazing film that couldn’t be more up my alley.

3. Emma — I am making it a point to read a classic mixed in with all these contemporary novels! Somehow I made it out of my English major without reading this one! I had recently seen and LOVED the new movie so that inspired me. Oh man, it’s SO funny. What classics do you guys love?

4. Where the Crawdads Sing — I know I am LATE TO THE GAME on this one. I have a physical copy that I haven’t had a free hand to pick up in 6 months, my mom read it in a day when she came to stay after Woody was born. I finally used a credit and listened to it. SO good. If you’ve been under a rock, it’s the story of a girl, neglected basically all her life. Her resilience and never-ending desire to connect, even in a town who mistreats and misunderstands her. It is woven through the lens of the deep south marshlands and how it becomes her refuge and her greatest teacher and the ways she uses that education in her own life. The ending is surprising and a little bit conflicting in my opinion. But not enough to sway a 4 star rating from me!

5. The Silent Patient — a thriller that will keep you enthralled from the get go! This is a story of woman convicted of killing her husband and then never speaking a word again. A determined therapist seeks her out and is convinced his own experiences will be the key to breaking her silence. I didn’t see the ending coming and I totally missed the one hint left along the way. It’s already in pre-production for a movie and I tell you what, it’s going to be creepy AF. 4 Stars!

6. Stay — A Young Adolescent book that I would’ve really loved to read as a teen. It is the story of a sensitive, anxious boy with a really rocky, unsupportive home life. He stumbles upon the town screw up with a really sad backstory who is ready to end her life.  His persistence and presence keeps her around and she ends up teaching him all the important things he needs to know but doesn’t know who to ask. He even lending this friend to two other loved ones in need and it’s ultimately about the potential good we can do. About our legacy that might be at stake if we give into the belief that we’re passed help, passed hope, or don’t deserve a second chance at life. 4 Stars!

7. An American Marriage — Another top recommendation that certainly lived up to the hype for at least the half I read! The characterizations and the vocal performances especially for Roy are SO good and I felt like it was deepening my understanding of systemic racism, but then the plot took a turn and I sensed that it was going to be depressing for the remainder. I read spoilers that seemed to confirm it, and so I returned the title for something else. One thing you’ll come to learn about me is that I really loathe an “affair” arc. It hits too close to home having lived it in my home of origin and it just feels tired. I have had more down days as of late, and reading something depressing just isn’t the right head space for me to be in. 4 Stars for what I read!!

8. Red at the Bone — This came with HIGH praise! It’s a multigenerational, multiple POV story of how a teenage pregnancy effects two families. I can always get behind a dysfunctional mother/daughter storyline, because it resonates with me and honestly I don’t run into lot of stories like that! I gave it 3 stars because it didn’t blow me away, but I certainly went into it with high expectations.