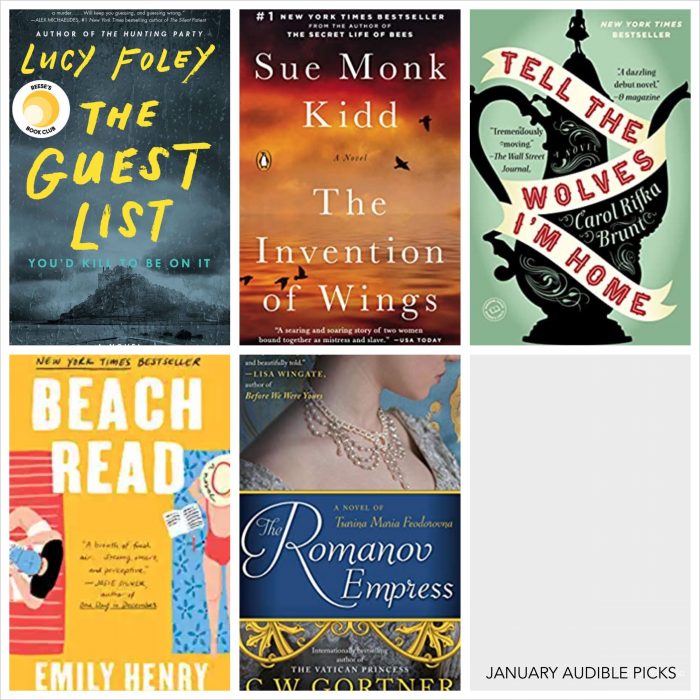 TELL THE WOLVES I’M HOME — A sweet story of a young girl who loses her uncle to AIDS and unravels the truth after he passes. I thought it was a really poignant portrayal of grief and how each person does so differently, “owns” a different part of the dead and none of those experiences take away or nullify from the others. A story of how the people left behind can band together, like a pack of wolves. No one should suffer alone. 3 STARS

BEACH READ — I haven’t read a steamy romance novel since 50 Shades of Gray but this one was really well done! The story stands all on its own, isn’t cheesy at all, the steam just adds to the fun! I liked it a lot! Get Nancy Myers on the film adaptation stat. 4 STARS

THE INVENTION OF WINGS — After reading the Book of Longings by the same author Sue Monk Kidd, I wanted to pick up another of hers. This was breathtaking. So good, so well done, well researched, beautifully crafted, just like I have come to expect from SMK. The true and imagined story of the Grimke Sisters — two of the first female abolitionists who traveled the country trying to spread the hope of emancipation of slavery. All while learning their personal internal struggles of leaving behind their wealthy plantation owning family in the South. 4 STARS

THE ROMANOV EMPRESS: A Novel of Tsarina Maria Feodorovna — I really really liked this one! Surprised because it’s long and sort of a dry delivery, but I was still captivated throughout. I know very little about Russian history so I learned a lot and if you like historical fiction and a royal family story this is awesome! 4 STARS

THE GUEST LIST — Russ and I listened to this on a road trip and we both enjoyed it. Lots of characters and twists and turns but the ending fell a little flat for me. A lot of build up and a quick clean up at the end. Gonna be a great movie I think! 3 STARS

How do you know your mom loves you? — a common q